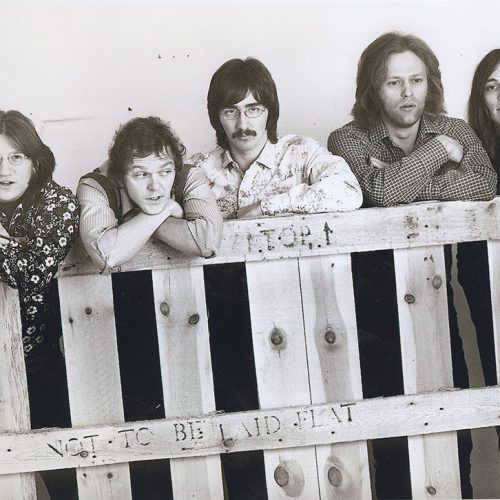 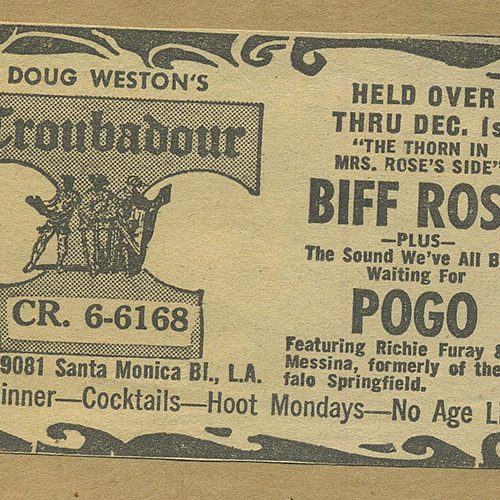 A key progenitor of the country-rock movement, Poco disseminated its influence through tight, joyous and heartfelt musicianship.

Rusty Young got his musical start in Böenzee Cryque, a Denver-based band that recorded for Uni Records. The double-sided 45 “Still in Love with You Baby” backed with “Sky Gone Gray” went to No. 1 on the hit list of KIMN, Denver’s dominant Top 40 station, in April 1967. On the West Coast, Richie Furay had formed Buffalo Springfield with Stephen Stills and Neil Young. His song “Kind Woman” made the Springfield perhaps the first rock band to experiment with a country sound. Furay called his friend from Colorado, Rusty Young, to play pedal steel guitar on the session. In 1968, with Springfield in disarray, Furay and guitarist Jim Messina quickly set about assembling a band of their own. They recruited Young, who called in two buddies from Colorado—drummer George Grantham, also from Böenzee Cryque, and bassist Randy Meisner, who came from a rival band, the Poor. Poco’s Pickin’ Up the Pieces album debuted in 1969, blending sweet country harmonies with a driving rock beat. Then Meisner left and later co-founded the Eagles, and Messina slipped into the band’s bass slot until Timothy B. Schmit signed. After Messina split to form a duo with Kenny Loggins, former Illinois Speed Press guitarist Paul Cotton stepped in. Poco made its reputation as an exciting live act, playing hopeful, optimistic music. The 1971 live album, Deliverin’, was its biggest seller of the era. In 1971, the band members moved to Colorado. While walking down a road to his house near Nederland, Furay wrote one of Poco’s most distinctive compositions—1973’s “A Good Feeling To Know,” with the lyrics “Colorado mountains I can see your distant sky.” Frustrated when the crowd-pleasing track failed to generate the expected commercial success, Furay departed the band. Poco plugged on, recording such classics as Schmit’s “Keep On Tryin’,” Young’s “Rose of Cimarron” and Cotton’s “Indian Summer.” When Meisner left the Eagles, Schmit quit Poco to take his place; Grantham left to live and work in Nashville. With Legend, Poco’s 12th studio album, Young and Cotton cracked the top of the charts. Young wrote and sang on the surprise hit, “Crazy Love.” Cotton’s “Heart of the Night” was a second Top 20 hit. Young orchestrated a Poco reunion of the five original members in 1989; Legacy contained the Top 20 hit “Call It Love” and earned a gold record. The team of Young and Cotton carried on until 2008. Young, the Colorado native, has remained the only member who has performed at every Poco gig and played on every Poco recording since the band’s inception.