Rusty Young got his musical start in Böenzee Cryque, a Denver-based band whose odd moniker was inspired, perhaps apocryphally, by the local business sign on an appliance store. Getting local airplay, a single got placed with Uni Records, and “Still in Love with You Baby”/ “The Sky Gone Gray” went to No. 1 on the hit list of KIMN, the dominant Top 40 station in Denver, in April 1967.

Böenzee Cryque went to Los Angeles, where the group promptly broke up, and Young found himself playing pedal steel guitar on sessions for Buffalo Springfield’s “Kind Woman.” In 1968, with Springfield in disarray, two members, Richie Furay and Jim Messina, quickly set about assembling a band of their own. They recruited Young, who called in two buddies from Colorado—George Grantham, also from Böenzee Cryque, and Randy Meisner, who came from a rival band, the Poor, to play drums and bass, respectively. The new band originally called itself Pogo, but Walt Kelly, the creator of the Pogo comic strip, sued.

Poco started out with great commercial promise. Then Meisner left to co-found the Eagles, and guitarist Messina slipped into the Poco bass slot until Timothy B. Schmit signed on in February 1969. In November of that year, Messina split to form a prosperous duo with Kenny Loggins, and guitarist Paul Cotton stepped in to sing and play guitar. In 1973, Furay departed to form the Souther-Hillman-Furay Band. It was a near-mortal jolt to the group.

Poco plugged on for the next three years, recording such classics as Schmit’s “Keep On Tryin’,” Young’s “Rose of Cimarron” and Cotton’s “Indian Summer.” They watched the Eagles adopt the group’s sound and emerge as the triumphant synthesis of L.A. country-rock. “We had such a tremendous influence,” Young allowed.

When Meisner left the Eagles and retired to his native Nebraska, Schmit quit Poco to take his place. Young alone remained of the original lineup. He, with Cotton, had had it with Poco—they were going to start the Cotton-Young Band and were writing songs for and auditioning female singers, “like a Fleetwood Mac situation.”

But the band recruited keyboardist Kim Bullard and an English rhythm section, Steve Chapman on drums and Charlie Harrison on bass, to take on the road for a final tour, releasing one more record as Poco in 1979. With Legend, its 14th album, Poco finally cracked the top of the charts—the breakthrough, at last.

Legend resurrected the Poco spirits. Young, fittingly, wrote and sang on the gold album’s surprise hit single, “Crazy Love.” Cotton’s “Heart of the Night” was a second Top 20 hit—not bad for a band that some had written off as a dusty anachronism of the country rock era.

“A lot of people helped and did us favors and went out on a limb for us over the years,” Young said. “We couldn’t let them down. We owed them something. We believed in the value of the future, not the past.”

Poco disbanded five years later. Young moved to Nashville in 1985, hoping to follow such country-rockers-gone-country as the Nitty Gritty Dirt Band and Michael Murphey onto the charts—“a Colorado boy battling the bugs and humidity, staying out of the ballpark for a while, waiting to see what’s going to happen in country and rock music.”

Young orchestrated a Poco reunion of the five original members in 1989, and the band’s Legacy was certified gold.

“I thought it would be interesting to put it back together, and I missed my original partners. Things were never as exciting as that first period coming out of Colorado.” 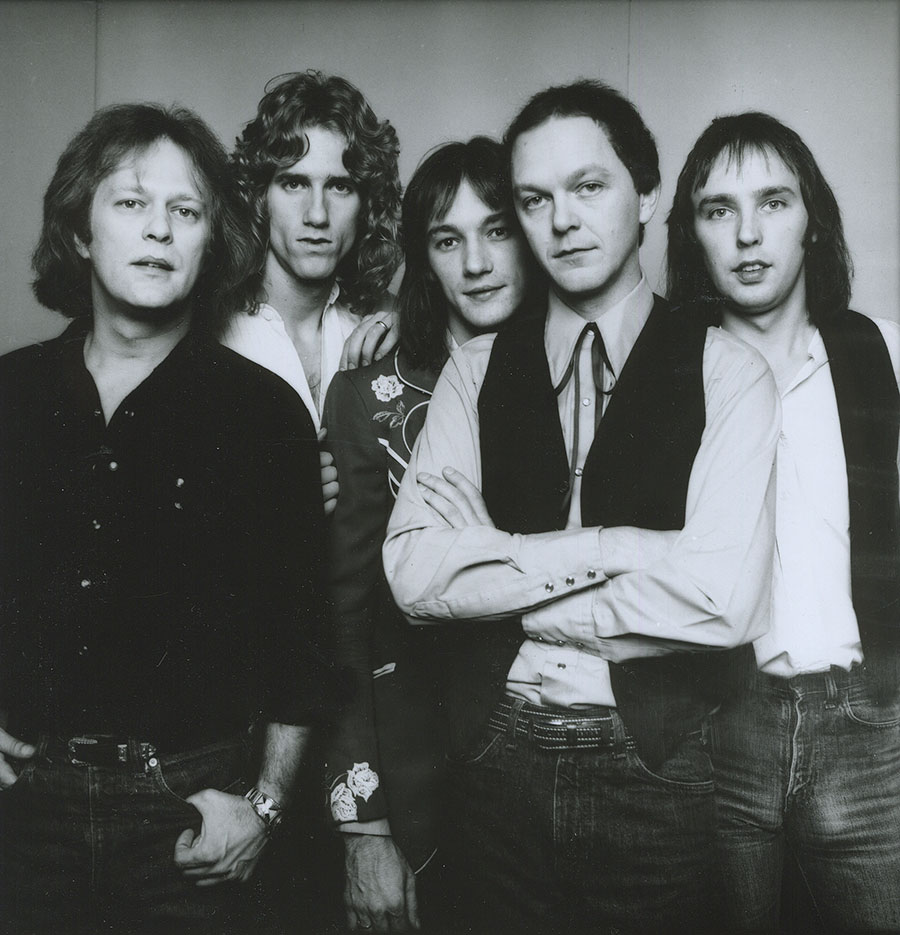