For over a quarter century, Chris Daniels & the Kings have entertained Colorado music fans with a souped-up mix of jump blues, blue-eyed soul and horn-infused rock. The Kings have also earned something of a worldwide fan base—in the Netherlands, they’ve even coaxed the nation’s queen to shake her royal booty.

“You’re not supposed to make a living playing guitar for 25 years,” Daniels said. “Who would have thunk?”

Originally from Minnesota, Daniels moved to Martha’s Vineyard and then New York City as a teenager, where he worked as a backing musician for David Johansen, later a founder of the glam-rock band the New York Dolls. He relocated to Colorado in 1971 and served a stint in Magic Music.

“We did the hippie thing—Leftover Salmon before there was a Leftover Salmon,” Daniels said. “They had all been living in school buses and a donut truck in Eldorado Canyon. We had two acoustic guitars, a flute, bass and percussion, usually tablas. The songs had a lot of elves, druids and fairies in them. We had all kinds of brushes with fame.”

Magic Music performed at the second and third Telluride Bluegrass Festivals in 1975 and 1976. It also held its own in local clubs and was often booked at Boulder’s the Good Earth, with the funky Freddi-Henchi Band.

“The hippies would get all blissed-out and mellow with Magic Music,” Daniels remembered, “then Freddi-Henchi would take the stage and everyone would get the soul shakes.

“In the early ‘70s, there were a whole series of communes and ‘families’ living in little mountain towns above Boulder, stretching from Nederland, Gold Hill, Ward, Allenspark, Estes Park and even down to Horsetooth Reservoir. Some were pretty insulated, like Stephen Stills and the whole Caribou crew—unless you were part of a chosen few, you did not enter.

“Others, like Magic Music, were porous and seemed to attract both camp followers and satellites. Magic Music set up headquarters in Allenspark, and the Hummingbird Cafe was the focal point. Bands like Rosewood Canyon and performers like Michael Covington (of Joni Mitchell’s ‘Michael from Mountains’ fame) either lived nearby or played the cafe with Magic Music.”

Daniels left the area to earn a B.A. in music and journalism at Macalester College and Berklee College of Music in Boston. He then returned to found Spoons, an influential Boulder country rock band. In the early 1980s, he toured with former Amazing Rhythm Aces frontman Russell Smith, whose manager lived in Boulder.

“We wanted to do anything with horns,” said Daniels of the Kings’ post-new wave genesis. “Everybody thought it was real cool, and they’d say, ‘What’s that stuff?’ But it’s really a love affair with what happens with horns. One of the things we did was push the hard rock ‘n’ roll sound with horns, which no one had ever done before.

“In the days of the fabled ‘downtown Boulder music scene,’ there were six or seven clubs in a five-block radius. Sonny Landreth would be at JJ McCabe’s, the Kings at the Walrus, Steve Conn at the Boulderado, Woody & the Too High Band at the Blue Note, and everybody going back and forth on the breaks, even timing our breaks so we could sit in with each other’s bands. It was like New York’s 52nd Street in the ’40s.”

After building a following on the local circuit, the Kings hit the road and built loyal regional audiences in such places as Nashville, Minneapolis and New York, even parts of Europe.

The band made a dent on the new “adult-album” format in larger markets. In 1987, the title track from their debut, When You’re Cool, hit No. 1 in Minneapolis, Denver/Boulder and Detroit, and broke the Top 20 in San Francisco, Washington, D.C. and Montana. The video for the track “Gloria, Come Back to the Record Store” gained a significant amount of play on VH1 and took third place in the International TV and Film Festival in New York. That’s What I Like About the South was produced in 1989 by Al Kooper (famed for playing with Bob Dylan, starting Blood, Sweat & Tears and producing Lynyrd Skynyrd and the Tubes). “Depot Street” made the top 40 in Radio & Records, and “I Like Shoes” became a KBCO favorite. That’s What I Like About the South was released in Holland, where a cover of Chuck Berry’s “Roll Over Beethoven” went to No. 1.

“It’s real roots music, which is why we’ve had such success over there,” Daniels said. “The basis of this music is blues, R&B, funk, swing—all very American stuff. When we come over we’re not bringing them what they get when they hire a Stevie Ray Vaughan clone. With us it’s something much, much more, and it flips them out.”

Landreth and Hazel Miller, a Denver blues-soul singer, recorded with the KIngs on Is My Love Enough in 1993.

“Hazel Miller and I sang together for the first time at the first Boulder Blues Festival—I saw Hazel in the wings and pulled her on stage. She blew the doors off the place. She’s probably my best buddy as far as ‘band leaders’ go. We talk about the trials and tribulations of keeping it going. We’ve sung the national anthem together at sports events and done a zillion shows together.”

Louie Louie (1998), the Kings’ collection of jump blues and swing, was done in tribute to Louis Jordan and Louis Armstrong. On 2003’s The Spark, Daniels traded his trademark Stratocaster for an acoustic guitar, horn-based music for intelligent singer-songwriter material with hints of blues, bluegrass and funk. In 2005, 10 marked a return to roots music, and 2008’s Stealin’ the Covers featured the band’s favorite cover tunes. Released in 2009, We’ll Meet Again! was a live recording in collaboration with BMaster, a Dutch band. His 2012 album, Better Days, marked a return to his folk roots and cracked the national Americana charts.

“We’ve tried to give something new to an old form. If you’ve got three guys in a band, you can whomp the other two on the side of the head. I’ve got eight, and they can gang up on you real good,” Daniels laughed.

In addition to making music, Daniels has played a hefty role in shaping the Front Range music scene. The Mile High mainstay spent five years as executive director of the Swallow Hill Music Association, which promotes folk and acoustic music in Denver. He taught courses at Arapahoe Community College and then served as an assistant professor at the University of Colorado’s Denver campus teaching music business.

“I studied the various people throughout history who were not trapped by their circumstances, who kept going farther. You can also see it in music, but one of the most painful stories is people who got into doing one thing and it reached some pinnacle of success, and from that point on they had to keep recreating it. It’s tough for all the bands out there with one original member selling memories, so I looked at those examples and tried to diversify. It’s always been an adventure. There’s an old saying—when you hit a wall, turn left!” 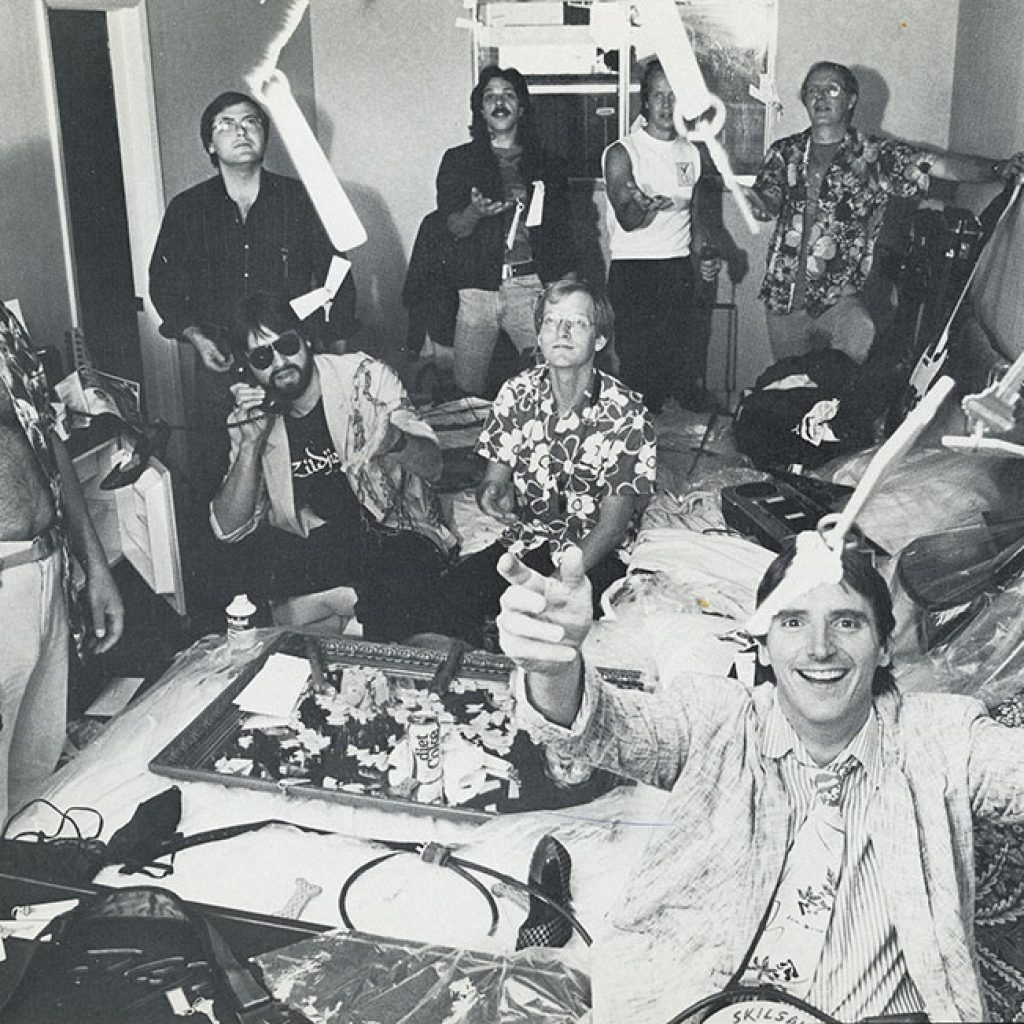