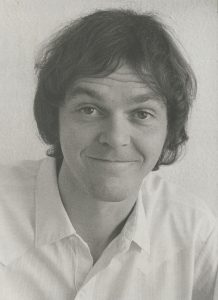 Rusty Young, a founding member of Poco and the most adept and imaginative steel guitar player in the country-rock genre, died on April 14 of a heart attack at the age of 75.

Ever since Poco emerged from the 1968 disbanding of Buffalo Springfield, keeping tabs on the group’s story was an intriguing task. But Young had been the one continuous influence, respected as one of the nicest people in the industry. He had grown up in Denver, playing in the band Böenzee Cryque. “It’s always neat playing in Colorado,” he once enthused. “I’ve played every tiny Colorado and Wyoming bar in my time. People seem to get off on the fact that I’m a local person who’s done okay.”

When Richie Furay and Jim Messina, two former members of Buffalo Springfield, made the decision to start their own band, they recruited Young—who had played pedal steel guitar on Furay’s “Kind Woman,” one of Buffalo Springfield’s final recordings—and fellow Coloradans George Grantham (also of Böenzee Cryque) and Randy Meisner of the Poor. Poco rapidly emerged as one of the first acts to explore country music’s then untapped rock possibilities. Young, who also played banjo, dobro and mandolin, wasn’t content to sit behind the pedal steel as country players had—often dropping to his knees, he played the instrument with a fuzz tone a la Jimi Hendrix, or through a Leslie speaker to get an organ sound.

Yet for many years, Poco remained a study in commercial frustration. While the band was widely hailed as a seminal part of the country-rock genre, a breakthrough hit record stayed out of reach. Other members left the fold to find success—notably Furay (the Souther-Hillman-Furay band and a solo career), Messina (Loggins & Messina) and Meisner and Timothy B. Schmit (who both defected from Poco to join the Eagles)—but Young kept the group together. The departures allowed Young to showcase his skills as a singer-songwriter—he wrote the sterling “Rose of Cimarron”—and on the strength of his rockified pedal steel playing and guitarist Paul Cotton’s contributions, Poco maintained a steady following.

Young finally saw the band achieve commercial notoriety of its own. On the verge of breaking up, Poco released one more album to fulfill a legal obligation to their record company. Legend went on to spawn two soft-rock smash singles and resurrect the Poco spirits. Every radio station in the country played Young’s “Crazy Love,” an acoustic ballad with a killer hook and sweet harmonies. When the band came to the Blue Note in Boulder in 1978, Young explained he had stuck it out with Poco despite the numerous offers he’d had for session work or to join other bands. “A lot of people have helped and done us favors and gone out on a limb for us over the years,” he explained. “We can’t let them down—we owe them something. We believe in the value of the future now, not the past.”

He also addressed Poco’s hard-luck rap. “It bothers me now more than ever,” he admitted. “People refer to our last ten albums as ‘the gray area.’ I’m being deluged by old Poco fans who come up to me and say, ‘Wow, I haven’t heard you guys since Messina and Furay left—do you still do ‘Pickin’ Up the Pieces’? About five years ago, Chris Hillman made the statement that Richie Furay is Poco. And I was devastated that someone of Chris’ stature would say something like that. Everyone has always contributed, not just one person. I hope that’s proven with Legend. Paul Cotton is a tremendous writer and guitarist, and to say that he has nothing to offer—that’s outrageous. And Tim (Schmit) left, and you know the Eagles could have anyone they wanted.”

Young and Cotton wrote a lot of material, and when Poco performed at the University of Colorado Events Center in Boulder in 1982, the band had become the last of many major acts (Elton John, Steely Dan, the Who) to leave MCA Records when they signed with Atlantic Records. “It’s ironic that we were supposed to be on Atlantic back in 1968, since that’s the label the Springfield was on,” Young revealed. “We were traded to another label so they could have Crosby, Stills & Nash.” 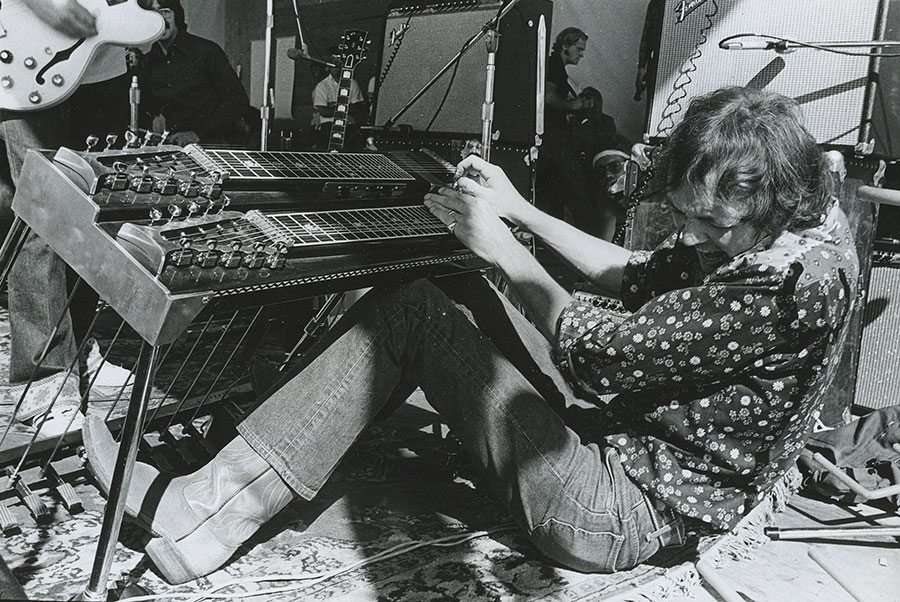 By 1987, when Poco was featured on the main stage at A Taste of Colorado in downtown Denver’s Civic Center Park, Young and his cohorts had moved to the Nashville area, hoping to follow such country-rockers-gone-country as the Nitty Gritty Dirt Band and Michael Murphey onto the charts. But the band hadn’t recorded in several years, a situation that Young had accepted philosophically.

“The country scene is a lot different than the rock ’n’ roll scene—they have a whole different philosophy on how to make records than we were used to,” Young allowed. “Music goes through stages, always has and always will. The last few years in pop music, there’s been this stage of a glam-rock/disco sound, and it’s not really right for Poco—I don’t look good in makeup, and the clothes with the big shoulders look silly on me. But seriously, it’s a tough time for guys of our ilk, great artists like Jackson Browne, trying to compete in the marketplace. So I’d just as soon ride it out and see what happens as opposed to getting out there and bashing our heads against the wall. When you put out a record, those are songs that mean a lot to you—they’re little stories of your life, and you get attached to them. And you hate to see them go by without ever having the chance to be heard. I’d rather lay back and wait for the timing to be right. Timing is everything in the music business.”

Young remained “a Colorado boy battling the bugs and humidity down here, staying out of the ballpark a while, waiting to see what’s going to happen to country music, and waiting to see what’s going to happen in rock music. The funny thing is, they tell me it’s coming back around. Bands that aren’t all synthesizer and hair-standing-straight-up are making a comeback. It’d be great if that’s the case—I’d love to do it again.”

In 1989, the five original members reunited for an album. Legacy was supposed to be a magical moment for Poco—it earned the band a gold record, and Young sang the hit single, “Call It Love.” But Furay, who was a Boulder pastor, stated that he could no longer participate. “A minister can’t be in a rock ‘’n’ roll band—it’s too tense,” Young allowed when Poco headlined the American Music Festival in Winter Park. 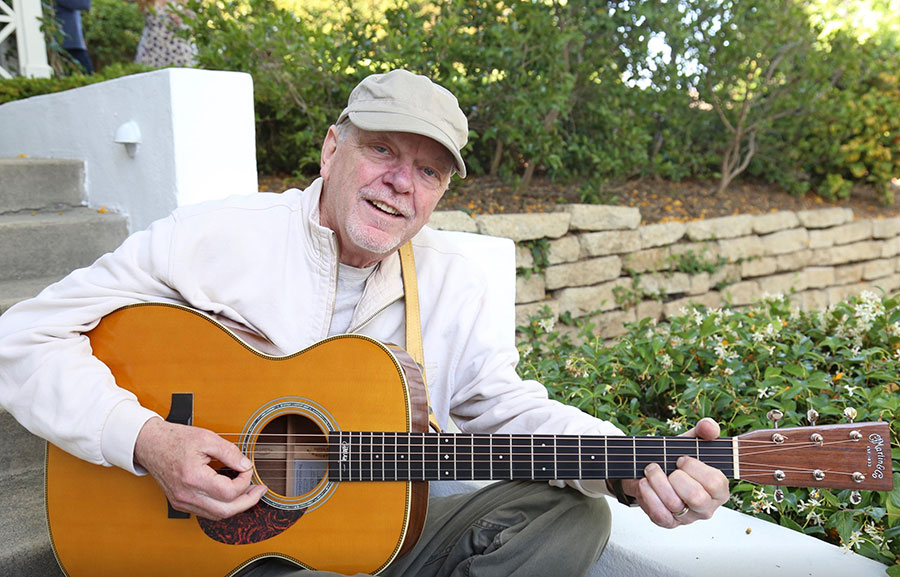 Core members Young and Cotton continued to tour until 2010. Young released his first solo album, Waitin’ for the Sun, in 2017, and he continued to tour with Poco right up until March 2020, when the pandemic put a stop to concerts. He was the only member of Poco to have played on every album and at every show after more than 50 years of recording and touring.

“Buffalo Springfield, Loggins & Messina and the Eagles—members of all those bands played in Poco,” he beamed. “What other American band has that kind of legacy?”