Armed with a love of music and a desire to record artists in the 1950s, Vicki Morosan pioneered Band Box Records—one of the only women of any era to own a label.

Morosan (born Aurelia Victoria Pasca in 1909) came to Colorado with her family from Transylvania, Romania. She married Frank Morosan of Erie and was a housewife until they parted ways in 1951. Hearing the call of the music industry, she purchased Columbine Records, a Denver-based label owned by Karl Zomar that released mostly country 78s.

Columbia Records decided the Colorado label’s name sounded too much like its own, and Mrs. Morosan, not wishing a legal battle, changed her imprint to Band Box Records. Early sides had a plain look to the label, but local artist Clifford Mitchell eventually designed a distinctively stylized logo.

Morosan’s own musical tastes ranged from country to opera. The former could be heard on LPs such as Buster Jenkins Presents Rocky Mountain Jamboree, while the Ink Spots’ Yesterday and Today and Leigh Barron’s At the Piano albums exemplified the smoother side. Band Box entertained children with the Daddy Ed 45s “Sammy the Skunk” and “Freddy the Fish,” plus a later LP by Dick Dedrick, Animal Tales ‘N Tunes. Religious music, typified by the Calvary Choristers self-titled record, added another dimension to the Band Box catalog.

Morosan was not a fan of the burgeoning rock ’n’ roll sound and resisted releasing records in that genre. “I didn’t like that rock ’n’ roll,” she admitted in her thick Slavic accent, “but my daughter Frances convinced me to record it.”

The young label dipped a toe into the lucrative teenage market, and those rock ’n’ roll and rhythm & blues singles have the most appeal to contemporary collectors of old vinyl. A notable track still found on hipster Christmas compilations was “Cool Yule,” a holiday release using jive-y lingo by disc jockey Tony Rodelle Larson with backing from the Saints, another act on the label. Some of the best tunes, such as the Mandarins’ “Let the Bells Ring” and “Honey Walk” by the Crazy Crickets, never charted locally. However, Band Box did enjoy some success on Denver’s legendary AM station 950 KIMN with the Mastertones’ “Crazy Little Ol’ Feelin’” (#45) and Lee Chandler & the Blue Rhythms’ “Tree Top” and “Sweet Dreams” (#39 and #23, respectively) from 1960, as close as these artists would get to the big time.

Band Box had an early brush with fame when local kid Orlie Trujillo recorded “Twist and Freeze” with the Saints. Just as Tommy Facenda had done on his hit “High School USA,” Band Box decided to personalize the song for different cities inserting references to local schools.  At least 20 known versions were issued with titles like “Seattle Twist and Freeze” and “Twin Cities Twist and Freeze.” The Denver release charted on KIMN at #46 in December 1960, while other versions did even better in their respective markets.

The biggest local success on the label was hotshot drummer Ronnie Kae (also listed as Ronny Kay and Ronnie Kaye on labels), who growled his way to #2 on KIMN in late 1963 with the instrumental “Drums Fell Off a Cliff.” He recorded six 45s and an album for the label before founding Drum City, a music store in Wheat Ridge still owned by his sons Tim and Jason.

Band Box Records was a family business. At one time, in addition to the parent label, Morosan also ran the subsidiary labels Blessing, Keyboard, Rustique, Spicy, Toll Gate and Valerie. She named the latter (and the publishing company ValJean) for her granddaughter, who wrote, “Most of her early artists were local, and they were on the records with catalogue numbers in the 200s. When the catalogue numbers got up in the 280s is when promoters started sending her tapes of their artists to press on her labels, but she also continued to record local artists herself. Mom (Frances) said she ran ads and visited nightclubs looking for talent as well. The promoters who sent tapes also provided lists of all the national radio stations. That is when we would go to work with mom and stuff hand-typed envelopes with the records to mail to all the radio stations. Grandma would also take boxes of records to stations all over the country.”

A payola scandal—record labels paying radio stations to play their records—turned the music industry on its head in the late 1950s, but Morosan did not participate, merely carrying the music to stations in the trunk of her car.

“It was a very, very hard life for me,” Morosan told director Mike Olafson for the 2008 documentary Gears, Grease & Guitars. “I did go everywhere to try to promote, to sell something. Oh my gosh, I went all over the place. I’d be in Texas and everywhere. If they had a bridge to Hawaii, I’d have been there—they were playing us there, we got calls.”

Morosan sold her home in 1954 and used the proceeds to lease a recording studio at 220 Broadway (Broadway Sound Production). In 1959, the studio relocated to 5136 West 41st Ave. Most of the Colorado artists in the late 1950s and early 1960s, cut sides at the Band Box studios, one of the best local places to record. While Colorado artist Bob Lind was not at all happy about the release, a tape of folk demos he cut at Band Box came out on Verve Folkways as The Elusive Bob Lind following his international success with “Elusive Butterfly” in 1966.

Band Box Records would either sign artists and pay to release their records, or do custom recordings for artists who paid for studio time and were then given product to sell at their shows or give to friends (i.e., an acetate by Bernard Plotkin titled “If Santa Claus Could Bring Me You for Christmas”).

Band Box put two non-Colorado artists on the Billboard country charts, giving the label its only national success. Van Trevor scored with “Born to Be in Love With You” (#22) and “Our Side” (#27) in 1966, while Penny Starr took “A Grain of Salt” to #69 the following year before reverting to her real name (DeHaven) for a long string of hits on other labels.

Releases were not always numbered chronologically, but seemingly the last of the 300-plus masters were Band Box 393 (“Somebody Listen” by Euphoria), Band Box 395 (“Soldiers Lament”/”Old Sarge” by Johnny Rose/John O’Brien) and Band Box EP 401 by Fritz Schmutz (“Continental Divide” and other tracks). The label was put up for sale in the March 20, 1971 edition of Billboard magazine, according to music historian Craig Swank’s website (kimsloans.wordpress.com). With no takers, Band Box Records faded into history, though Morosan continued to sell inventory over the years, even re-pressing some old titles using a Lakewood P.O. Box as an address.

Morosan passed away in 2006. On auction sites, collectors continue to pay top dollar for Band Box recordings such as “Fifty Megatons,” a rockabilly track by Sonny Russell, and “Since I Last Saw You” by the Lidos, a garage band. 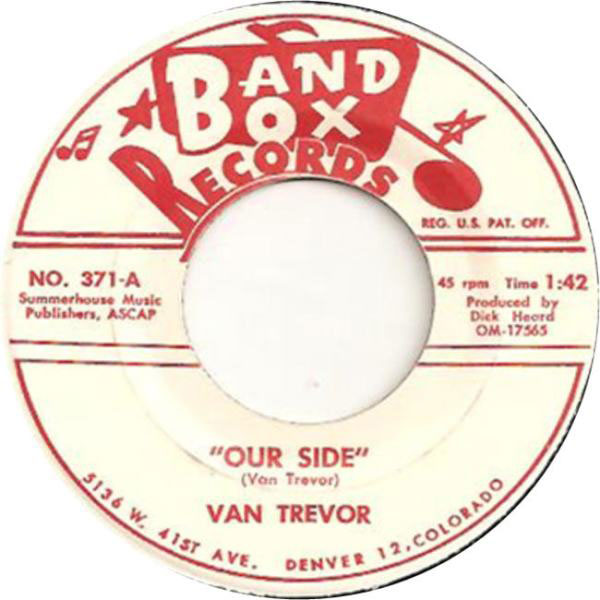 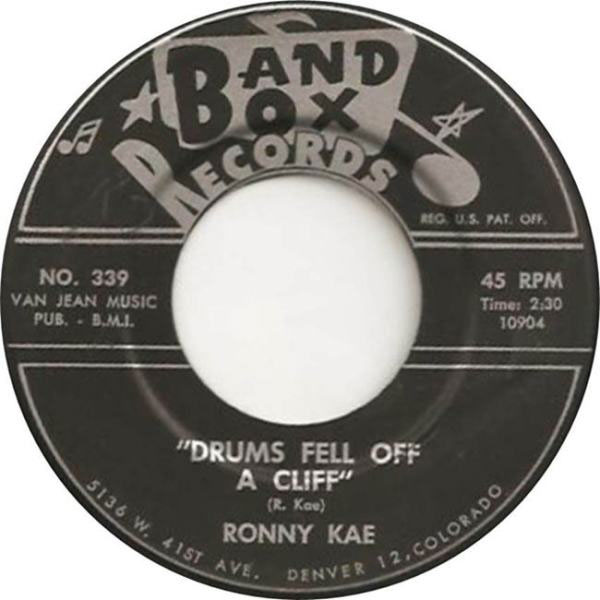