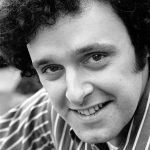 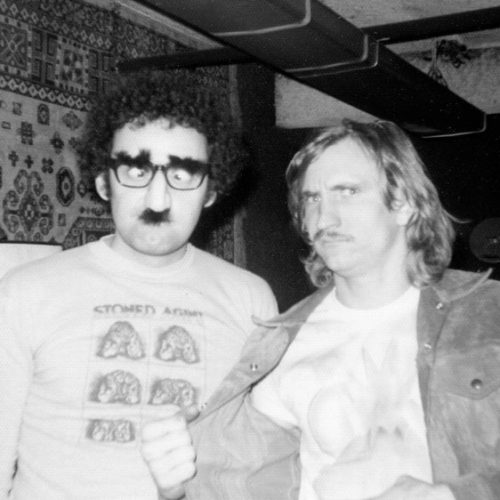 Bill Szymczyk and Joe Walsh circa 1972

Producer Bill Szymczyk’s first major break came in 1969 when he persuaded blues legend B.B. King to cut contemporary sounding albums, and the result was King’s first major pop crossover, “The Thrill is Gone.” He signed and produced the James Gang, working with Joe Walsh. A major earthquake prompted him to leave Los Angeles and form Tumbleweed Records, a small independent label based out of a funky old house just east of downtown Denver on Gilpin Street. He worked for a while as a disc jockey at KFML, an underground free-form radio station. Walsh moved to Colorado to work with Szymczyk, who had heard rumors about Caribou Ranch, but the studio was unfinished. Szymczyk pleaded with owner James William Guercio to record at Caribou Ranch, which was still unfinished. The location would inspire one of Walsh’s biggest hits, “Rocky Mountain Way,” and Caribou would be the center of Szymczyk’s operations for the rest of the decade. Meanwhile, Szymczyk used Walsh, Joe Vitale and Kenny Passarelli in the Tumbleweed house band. Offering open platforms and unheard-of resources to its musicians and employees, Tumbleweed released some very good albums—Michael Stanley included “Rosewood Bitters,” a song that became a concert mainstay throughout Stanley’s career—but folded in 1973. Szymczyk’s long relationship with the Eagles began with the 1974 album On the Border, helping the band move away from its country rock roots to a rock sound; Szymczyk’s suggested the band bring in Walsh for the 1976 epic Hotel California. Through the 1970s, Szymczyk produced many hit songs and top albums, most notably working with the J. Geils Band, Elvin Bishop, the Outlaws, Rick Derringer, Bob Seger and the Who.