During the Subdudes’ long stint in Colorado, the group has enjoyed favored status as a magical, marvelous musical treasure. The critically acclaimed band’s rich, soulful harmonies, insightful lyrics and rootsy grooves kicked off the Americana genre before the term became clichéd, winning over listeners across the country.

Keyboardist John Magnie, a Denver native, was then introduced to the trio in 1984. “I thought he was from Louisiana,” Allen admitted. “He played that Professor Longhair style of piano that you have to be from New Orleans to understand.”

“I grew up in East Denver and graduated from Cathedral High School,” Magnie said. “I got into a band—Meatball, or the Righteous Meatball Boogity Band. The name came from a Zap Comix character by R. Crumb where this meatball got released into the world and would hit people on the head and they’d become enlightened. We moved up close to Steamboat Springs and played for a couple of years. We had an actual hippie commune up there—12 of us, 20 dogs, raising pigs and goats. That band broke up, but it got me going on music. I fell in love with New Orleans piano, that polyrhythmic roll that they got from the Caribbean. I had to go down there for my schooling. I got there in 1974. I ended up staying for 13 years.”

The four friends performed in various combinations with other local musicians for several years. They had a lot of strange names and played a lot of strange dives. But as players came and went, frustration grew.

”New Orleans is a place where the music is pouring out of every crack, with lots of bands in different styles,” Magnie explained. ”But there is very little business opportunity. Bands will get a repertoire together and get hot, and nobody will help them get to the next step and they fade away.

“Tommy and I were in one of those bands around town, the Continental Drifters. We had some good songs, but they didn’t seem to be in the right format. A lot of electric bands just get louder and louder. My wife complained one night about how damn loud we were, so Tommy and I said, ‘Let’s do a night where we play in a subdued way.’”

One spontaneous evening in April 1987 the Subdudes were born. Magnie was playing piano at Tipitina’s bar in the Crescent City, and the three other musicians came down and started jamming. Amedée, a drummer who liked to travel light, used a tambourine—“It was ripped off from my landlady”—and the scaled-down acoustic sound worked. They wound up playing every Monday night.

Later that year, the Subdudes, unable to make a living at music in New Orleans, decided to relocate with their families, en masse, to Fort Collins, Colorado, where it was quiet and inexpensive.

“Most of the bands struggling down in New Orleans that go to New York or L.A. try to be like other bands,” Magnie said. “It was September 1, 1987 that we came up from New Orleans with the idea of trying to make a new start. I’d had a little time in Fort Collins going to college and I just loved the town. I thought that we’d be able to work there doing our original material. We got to Colorado, and dang if it didn’t go just as good as it could, because we were the only band around with that sound.”

Magnie scouted out some gigs, and the members quit their day jobs and refined the Subdudes’ sound. The chance paid off. The Subdudes’ reputation spread throughout the state almost immediately, as they were being booked three and four nights a week. They became a fixture at Herman’s Hideaway on South Broadway in Denver, where a loyal following continuously packed the place.

Anyone who ever saw the quartet live likely will always remember them, mostly for the way Amedée worked the tambourine as if it were a full drum kit. His percussion and Magnie’s wheezing accordion began imbuing Malone and Allen’s concise three- or four-minute songs with the ethnic R&B associated with the varied styles of the New Orleans region. Their funky, danceable performances garnered rave reviews from the local media.

The band soon attracted the attention of entertainment attorney Ed Pierson and manager Patrick Cullie, and a demo of the song “On His Mind” won Musician magazine’s Best Unsigned Band contest. It sounded like a timeless classic, something Ben E. King might have considered recording in his heyday. By the fall of 1988, the Subdudes had acquired a recording deal with Atlantic Records. The label signed the foursome in an official ceremony in Governor Roy Romer’s office.

“We learned a lot,” Magnie said. “Before we moved to Colorado from New Orleans, we weren’t in road bands—we gigged in and around town because we weren’t well-known enough to travel.”

But by 1997, the rigors of the road and the burden of being a unique band had taken a toll. The members decided to call it quits in November 1996.

“The Subdudes had a real intricate balance that involved songwriting, especially,” Magnie said. “We just ran it out of gas, used up what we had there—the process fell apart.”

“I’m proudest of us getting back together,” Magnie said. “We had a lot of animosity towards each other, and we all felt like we’d never play with those other blankety-blanks again! It took us over six years away from each other to realize that we do better when we unite our forces, that we’re going to be playing music anyway. It’s a second chance.

“What makes a band feel best in the long run is if people say you had good music. Now we want to make the richest music we can. We’re beyond hoping for money riches—we know better than that by now!” 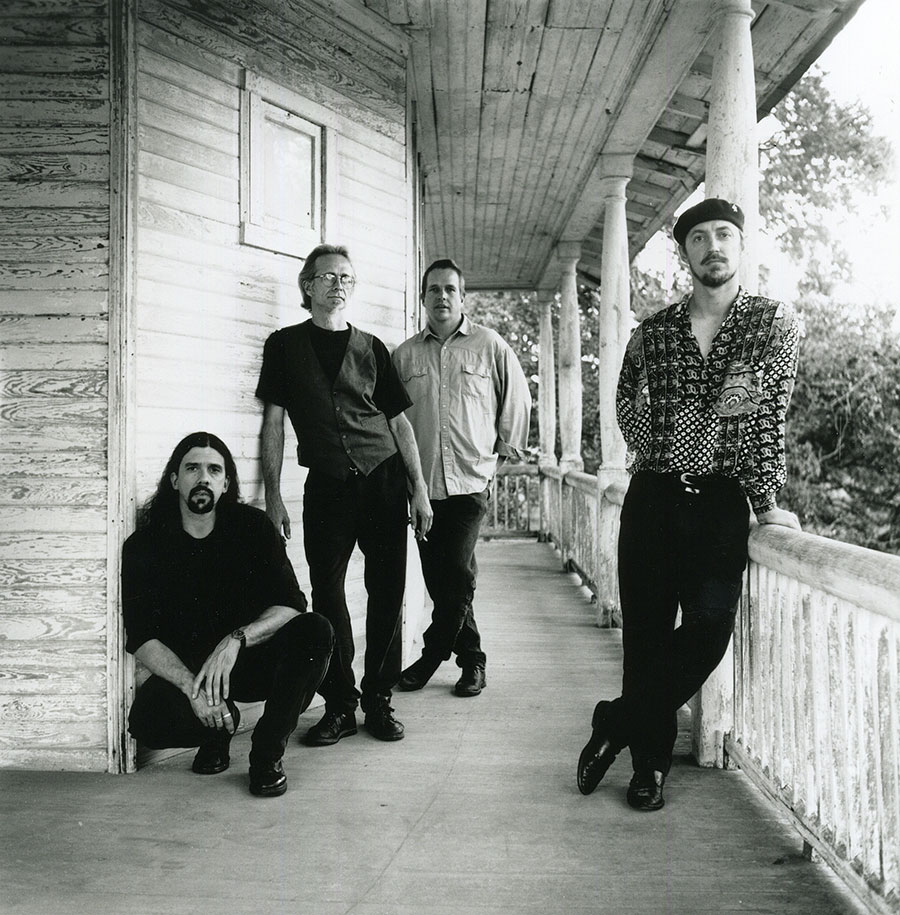