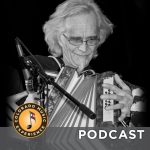 John tells G. Brown about growing up in Denver (0:30), moving to New Orleans and hanging with James Booker and Professor Longhair (4:39), meeting Tommy Malone and the birth of the Subdudes (10:10), relocating the band to Colorado (14:20), securing a recording contract with Atlantic Records (16:20), putting the Subdudes on hiatus (21:55), getting back together and recording the acclaimed Miracle Mule and Behind the Levee albums (23:53), reuniting the original members for a 2014 tour (27:44), performing in the HBO series Treme (28:46), and supporting Colorado artists and the Fort Collins music scene (30:44). 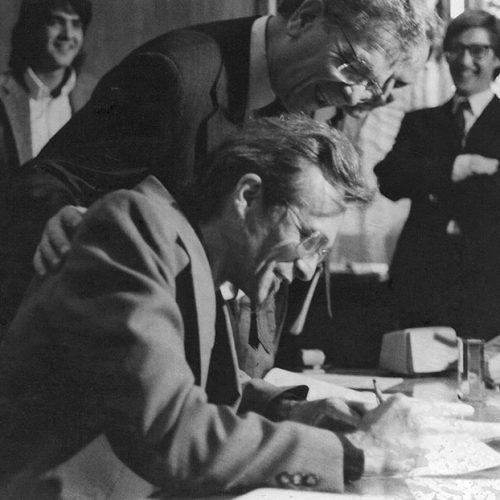 In 1984, keyboardist John Magnie, a Denver native, was introduced to guitarist Tommy Malone, bassist Johnny Ray Allen and percussionist Steve Amadee, who grew up together in Louisiana. The four friends performed in various combinations with other New Orleans musicians for several years. One spontaneous evening in April 1987, Magnie was playing piano at Tipitina’s bar in the Crescent City, and the three other musicians came down and started jamming. Amadee, a drummer who liked to travel light, used a tambourine, and the scaled-down acoustic sound worked—the Subdudes were born. Later that year, the Subdudes decided to relocate with their families, en masse, to Fort Collins, Colorado, where it was quiet and inexpensive. The chance paid off, as the Subdudes’ reputation spread throughout the state almost immediately. Amadee’s percussion and Magnie’s accordion imbued Malone and Allen’s concise songs with the ethnic R&B associated with the varied styles of the New Orleans region. A demo of the song “Got You on His Mind” won Musician magazine’s Best Unsigned Band contest, and by the fall of 1988, the Subdudes had acquired a recording deal; Atlantic Records signed the foursome in an official ceremony in Governor Roy Romer’s office. The national music community loved the band’s mastery of American music styles. Bonnie Raitt, Linda Ronstadt, Huey Lewis, John Hiatt and especially Bruce Hornsby were zealous fans. On record, the Subdudes always delivered both charm and first-rate chops, but by 1997, the rigors of the road and the burden of being a unique band had taken a toll, and the members decided to call it quits. Spinoff projects ensued—Tiny Town, 3 Twins, the Dudes. Sans Allen, the Subdudes reformed in 2003, adding Tim Cook (vocals, bass, percussion) and Jimmy Messa (bass, guitar) to the mix. The band secured a recording contract and released Miracle Mule in April 2004. Keb’ Mo’ produced the 2006 effort, Behind the Levee. Street Symphony (2007) and Flower Petals (2009) followed. The four original members reunited for several concerts in 2014 before Allen’s death that August.