“There’s no gravy train to stardom from Colorado, I’m afraid,” guitarist and lead vocalist Todd Park Mohr said. “There’s not a lot of music industry around, so we had to learn how to do things ourselves. It became habitual for us to run our own business after that.”

The not-so-big-headed guys demonstrated the ability to tour relentlessly and get people to shows. They filled area clubs and grabbed attention in other towns such as San Francisco, Los Angeles, Chicago, Austin, Minneapolis and Boston, where they would sell out venues with capacities of 1,000 or more—they had a built-in crowd of University of Colorado alumni or people who’d seen them in Boulder.

And Big Head Todd & the Monsters got people into record stores. Another Mayberry and Midnight Radio—two albums recorded and released on the band’s own Big Records label—moved about 40,000 copies without a major distribution deal and garnered response from publications like Rolling Stone and the Washington Post.

By 1990, Big Head Todd & the Monsters were clearly ready for the national limelight. In January 1991, the band finally signed with Denver management company Morris, Bliesener & Associates. A month later, the band caught the attention of music mogul Irving Azoff’s Giant Records, a label distributed internationally by the mega WEA Corp.

The trio recorded its Giant debut at Paisley Park studios in Minneapolis. Sister Sweetly was the killer album that served to define the band. Listeners across the nation caught onto what Colorado already knew, and “Broken Hearted Savior” was a Top 10 track on the album-rock charts. Subsequent hits like “Circle” and “Bittersweet” made Sister Sweetly the eighth most played album on rock radio in 1992, according to the trade journal Radio & Records.

There were performances on the Today and David Letterman shows, and a tour supporting Robert Plant, former lead singer of Led Zeppelin. The album’s steady development, on the back of word-of-mouth and constant gigs, took it to platinum status (one million in sales) three years after its release.

“But success always comes quickly, and nobody can be prepared for what happens to your humanity when you become a celebrity,” Mohr said. “It was honestly one of the worst times of my whole life—it was that troublesome for me. It wasn’t that I felt like I didn’t deserve the acclaim, but it took a lot of adjustment for me to feel comfortable playing in front of people and talking to audiences.

“There was a lot of commercial pressure, and I have to take responsibility for bowing to it. I wanted our music to reach as many people as possible, and we knew that the opportunity had certain contingencies attached to it. You just have to be a man and do the best you can with it. I’m very proud of Sister Sweetly. The problem is, if you’re successful, then the only way to continue that success is to repeat what you did, to make the same thing over again. I can’t ever do that. That’s my problem.”

Big Head Todd & the Monsters recorded the follow-up, 1994’s Strategem, by themselves, setting up shop at home and at the Boulder Theater with two inexpensive eight-track digital tape machines. The band joined Blues Traveler’s H.O.R.D.E. tour and embarked on a maiden trek across Europe. The group worked with producer Jerry Harrison on 1997’s Beautiful World, an energetic, honest batch of songs that blended gritty blues, easy funk and acoustic charm. A dream came true for the members when blues legend John Lee Hooker agreed to perform his boogie classic “Boom Boom” with them (he happened to be working in the same San Francisco Bay Area studio down the hall).

But Strategem and Beautiful World didn’t expand the band’s audience like the consistent, satisfying Sister Sweetly. There was rarely a mention on MTV or in music magazines. Big Head Todd & the Monsters were content to continue their touring schedule, satisfying a fiercely loyal fan base. The group chartered several Caribbean and Hawaiian cruises, filled with devotees.

“There’s nothing that prevents us from communicating our music to people,” Mohr said. “In our minds, our live show has become central to who we are as a band.

“The touring business is really difficult, but it’s one of the last bastions of value for music fans. CDs and radio seem less and less valuable every day, whereas touring is something that you can’t just download away. A lot of people are still interested in seeing performers live. That’s pretty special.”

After three records on a big label, the trio was back to rebuilding its career with the same do-it-yourself spirit it had at the beginning. In 2000, the trio headed to Mohr’s solar-powered recording studio in the Colorado mountains and recorded Riviera, released on the band’s own Big Records. 2004’s Crimes of Passion was licensed to Sanctuary Records, which issued the album on the Big/Sanctuary imprint.

Keyboardist Jeremy Lawton joined, and the group joined the throng of Internet-based music distribution in 2005 by releasing music for free via podcasting. The single “Blue Sky” was written as a tribute to the men and women of the American space program. All The Love You Need arrived in 2007.

As evidenced by their shared maturity and experience, the three original members’ friendship has endured, a feat that precious few acts ever match.

“You wouldn’t toss a good marriage away if it works and great things are coming out of it,” Mohr said. “I’ve always searched for what makes it exciting to be in a band—looking back on our career, remembering when we were first beginning. It’s cool to be committed to the idea of a band. I like that three people argue and conflict and have an equal platform for ideas. That democracy is what a band is about. It has an energy and human quality you can’t get any other way.” 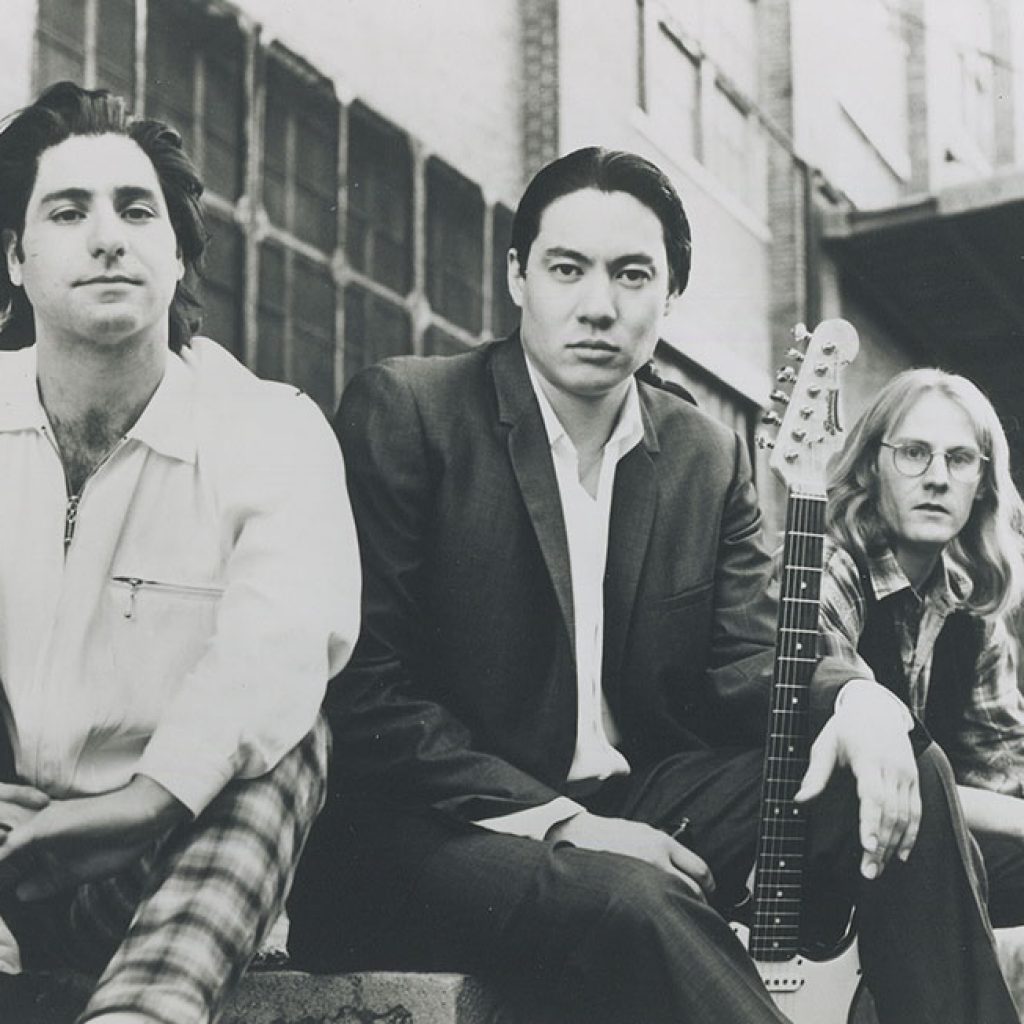