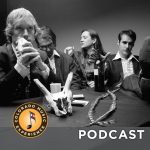 Nick tells G. Brown about his move to Colorado and the birth of Devotchka (5:56), playing background music for burlesque shows (10:29), writing the breakout song “How It Ends” (12:38), providing the Grammy-nominated soundtrack to the film Little Miss Sunshine (15:17), signing with Anti- Records (17:45), performing with the Colorado Symphony Orchestra (19:37), the thrills and challenges of composing music for films (22:28) and being an international ambassador for the state of Colorado (29:00). 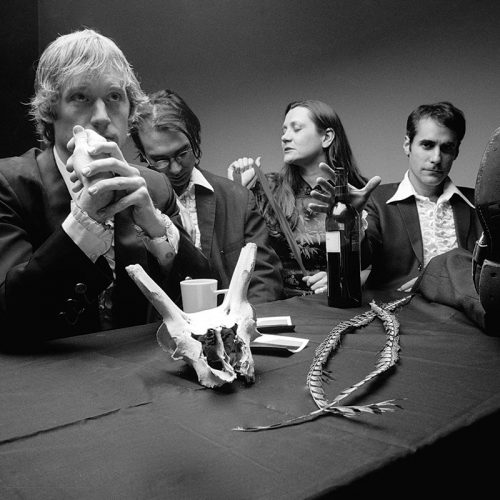 After his Chicago-based alt-country band failed to gain a following, Nick Urata set for the Denver-Boulder area in 1997 and formed Devotchka (from the Nadsat vocabulary of A Clockwork Orange, meaning “young woman”), braiding a sound that was haunting, sweeping, ecstatic and romantic. For Devotchka—Urata, who sings and plays theremin, guitar, bouzouki, piano and trumpet; Tom Hagerman, who plays violin, accordion and piano; Jeanie Schroder, who sings and plays sousaphone and double bass; and Shawn King, who plays percussion and trumpet—unorthodox instrumentation and varied influences made for an indie-rock strain not normally associated with Colorado’s musical climate. The band released its own records and toured on its own dime, promoting the Una Volta album in 2004 by accompanying burlesque queen Dita Von Teese. “How It Ends,” the title track of an album released in 2004, introduced the group to a wider audience when it was used in the trailer for the motion picture Everything is Illuminated. Devotchka was then asked to compose and perform the majority of the music for Little Miss Sunshine, a 2006 indie film that garnered four Academy Award nominations; Devotchka was nominated for a 2006 Grammy Award for Best Compilation Soundtrack Album. 2008’s A Mad & Faithful Telling and 2011’s 100 Lovers reached the Billboard album charts. Devotchka’s manic, extravagant live shows often featured belly dancers and trapeze artists, and the band’s notoriety was buoyed by acclaimed appearances at Coachella, Bonnaroo and various festivals across the country. Sharing the spotlight with sixty musicians, the members turned a February 2012 performance into a live album, Devotchka Live with the Colorado Symphony Orchestra. Urata flew solo to compose the soundtrack for the Jim Carrey movie I Love You, Phillip Morris, and he juggled his time between Devotchka’s career and scoring music for films, including Crazy, Stupid, Love and Ruby Sparks. Devotchka released This Night Falls Fovever in August 2018.