For Devotchka, this unique recipe made for an indie-rock strain not normally associated with Colorado’s musical climate.

After Urata’s Chicago-based alt-country band failed to gain a following, he set for the Denver-Boulder area in 1997 and formed Devotchka (from the Nadsat vocabulary of A Clockwork Orange, meaning “young woman”).

“Boulder is one of those places you end up because you have friends there,” Urata said. “In my mind, I had laid out the fantasy of what I wanted Devotchka to be. I had a bunch of songs written, and I had an open-door policy—anyone who wanted to work on them with me was welcome. I would con friends from the music school into coming over and playing. That became Devotchka’s first album.

“I had a lot of people move on and not stay in the camp. With persistence, I found three other like-minded individuals who wanted to make a life out of it.”

“At the time, the art of the tongue-in-cheek striptease was being revived,” Urata said. “We were developing our sound, and we were drafted as the pit orchestra for these variety shows. It was a big break for us, and very inspiring—it made us devour some vintage sounds, and we had to play more instruments.”

The members were continually flirting with poverty, as record labels deemed their circus of styles unmarketable.

“It’s almost a form of insanity,” Urata admitted. “You get knocked down, and you just pick yourself up and keep going. Everybody has that one path that they’re supposed to go on. I couldn’t stop. I had no choice in the matter.”

Urata braided the band’s sensibilities into a sound that was haunting, sweeping, ecstatic and romantic. “How It Ends,” the title track of an album released in 2004, introduced the band to a wider audience when it was used in the trailer for the motion picture Everything is Illuminated.

“As a songwriter, I’ve sat down at my little desk a thousand times and come up with crap, but that one wrote itself for me,” Urata said. “In that way, ‘How It Ends’ is very special. That’s why I shy away from taking any personal credit for this work. I think it’s borrowed it from the universe and the collective consciousness.”

“How It Ends” left its impression. Devotchka was asked to compose and perform the majority of the music for Little Miss Sunshine, a 2006 indie film that became the surprise hit of the year, garnering four Academy Award nominations. Devotchka was nominated for a 2006 Grammy Award for Best Compilation Soundtrack Album.

“It wasn’t a backdoor management deal, it was a pure stroke of fate for this band,” Urata said. “The husband-and-wife team of Jonathan Dayton and Valerie Faris directed some cool music videos of the 1990s—we grew up watching their videos for the Smashing Pumpkins and Red Hot Chili Peppers. They were music-conscious, and when they were ready to make their feature film debut, they had the idea to have a band do the score. When they were lying around one Saturday morning, the Los Angeles radio station KCRW played our song ‘You Love Me’—which is a miracle in itself, because we didn’t get much radio airplay. They called up, asked who it was and got in touch with us, and we hit it off.”

With the movie’s success and the attention surrounding the soundtrack, Devotchka’s sound was suddenly in vogue. The band was later signed to Anti- Records, an imprint known for releasing music from such diverse artists as Tom Waits, Nick Cave and Billy Bragg. In 2008, Devotchka’s album A Mad & Faithful Telling reached #9 on the Billboard Heatseekers chart and #29 on the Top Independent Albums chart. 2011’s 100 Lovers peaked at #74 on the Billboard 200.

Devotchka had also built a reputation for manic, extravagant live shows, often featuring belly dancers and trapeze artists, and the band’s notoriety was buoyed by acclaimed appearances at Coachella, Bonnaroo and various festivals across the country. Sharing the spotlight with sixty musicians, the members turned a February 2012 performance into a live album, Devotchka Live With the Colorado Symphony Orchestra.

Urata flew solo to compose the soundtrack for the Jim Carrey movie I Love You, Phillip Morris, and his phone rang with other offers. He juggled his time between Devotchka’s career and writing music for several films, including Crazy, Stupid, Love and Ruby Sparks. He scored the 2014 films Paddington and The Cobbler, and the 2015 crime romance Focus.

“I’ve always been in love with film music—early on, it opened up my heart and my mind,” Urata said. “In the back of my mind, I’ve aspired to this. I take it very seriously. I thought I would be in a room with a grand piano watching a film and composing whatever I wanted. But that’s not the case! It’s a moving target, and it’s subject to committee, but in the end I can’t get enough of it.” 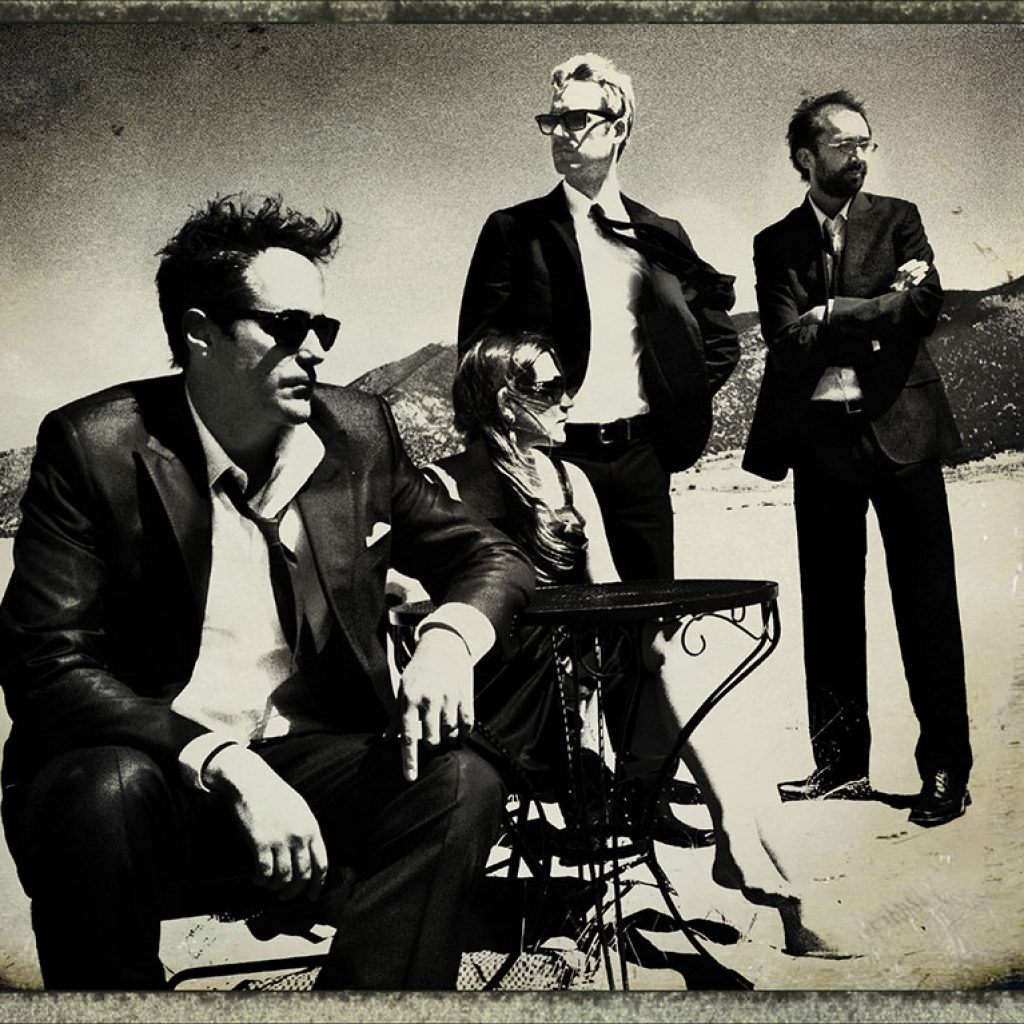