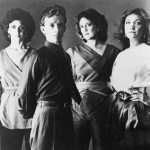 Based in Boulder, Rare Silk—originally a female trio consisting of sisters MaryLynn and Gayle Gillaspie and Marguerite Juenemann—started out revisiting tunes from the swing era of the late ’30s and early ’40s. At the 1978 inception of KGNU, a Boulder community radio station, they created a regular public access show. The three got their break in 1980 when they opened for Benny Goodman, “the King of Swing,” at Macky Auditorium in Boulder. Goodman fell in love with the girls’ tight, precisely harmonized material and asked them to accompany his tour. Joined by male vocalist Todd Buffa, the innovative ensemble then began modernizing its approach with stylistic versions of Keith Jarrett and Chick Corea songs. An A&R exec at PolyGram Records soon heard Rare Silk’s sound, and the group’s debut album, New Weave, made its way to #2 on Billboard’s Jazz Albums chart. It was nominated for Best Jazz Vocal – Duo or Group at the 1984 Grammy Awards, and Buffa was nominated in the Arrangement – Two or More Voices category. Juenemann was replaced by Barbara Reeves, then Jamie Broumas. Rare Silk recorded two albums on the Palo Alto label and toured perpetually, winning over audiences with perfected harmonies, choreographed sequences and a diverse mixture of material. The group disbanded in 1988. MaryLynn Gillaspie returned to singing circa 2011 and released Secret Language, her solo CD produced by Kip Kuepper, in 2022. 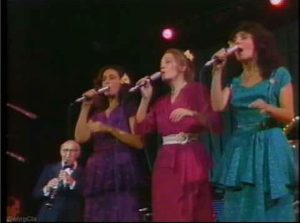 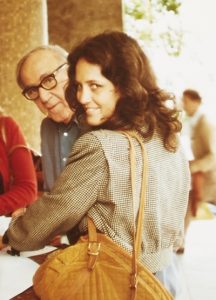 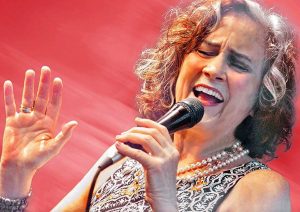 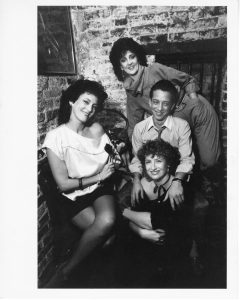 MaryLynn talks with G. Brown about moving to Colorado, being exposed to jazz and starting to perform (0:48), launching Rare Silk and wowing Benny Goodman (5:23), making the move to four-part harmony and finding a unique sound (8:55), signing with PolyGram Records and hitting it big with New Weave (12:25), sitting behind Michael Jackson at the Grammys (15:06), splitting with PolyGram, meeting Kip Kuepper and going back to a trio format (22:14), the “all fame, no fortune” breakup and life post-Rare Silk (28:28) and recording her opus (32:12).