Robert Gordon, a fixture on the ’70s New York City downtown club scene who resuscitated rockabilly music, died on October 18, 2022. He was 75.

Gordon made his vinyl debut fronting Tuff Darts on the Live at CBGB’s compilation album. His time with the punk band brought him together with producer Richard Gottehrer and resulted in his debut album and the single “Red Hot” in 1977, working with guitar legend Link Wray. Fresh Fish Special, his second album, premiered “Fire,” written by Bruce Springsteen.

Gordon then signed with RCA Records, the company that had helped make Elvis Presley a star, and released Rock Billy Boogie, which teamed him with London guitar ace Chris Spedding. The album featured a rendition of Conway Twitty’s “It’s Only Make Believe” alongside a wild version of “Black Slacks” (rescuing a classic originally performed by Joe Bennett & the Sparkletones in 1957) and “The Catman,” Gordon’s evocative tribute to another early idol, Gene Vincent.

In 1979, Gordon performed at the Rainbow Music Hall in Denver in what would be his lone Colorado appearance.

He remembered “really flipping out” at the age of nine, when he heard Presley’s debut RCA single, “Heartbreak Hotel.” “Ever since I was twelve or thirteen, I knew I was going to pursue a musical career,” he said. “It occupied just about all my time, except for cars and motorcycles. My family didn’t dig my black pegged pants, but I went through it, all through junior high and high school.”

He gained his first performing experience in his teens with schoolmates and pickup bands. One of his favorite spots was the Glen Echo amusement park in Maryland, where he picked up stylistic influences from seeing Little Richard, Wray and other big-name rockers. “That’s where I really saw the rebel types—these cats with motorcycle boots and these chicks with beehive hairdos,” he recalled. “Not that I emulated them, but it definitely left an impression. It was something different.”

The mixing of styles garnered Gordon garnered a following with rock, country and new music audiences. “Ultimately, I gravitated to the music I do best, which I guess you could call updated rockabilly,” Gordon said. “I don’t mind comparisons—that’s flattering in a way—but some people think that anyone who does this music is a Presley imitator, and that’s just people who are uneducated, who don’t know the music. Vocally, I don’t sound like Presley—it’s just a feeling. I live this music. It’s a part of me.” 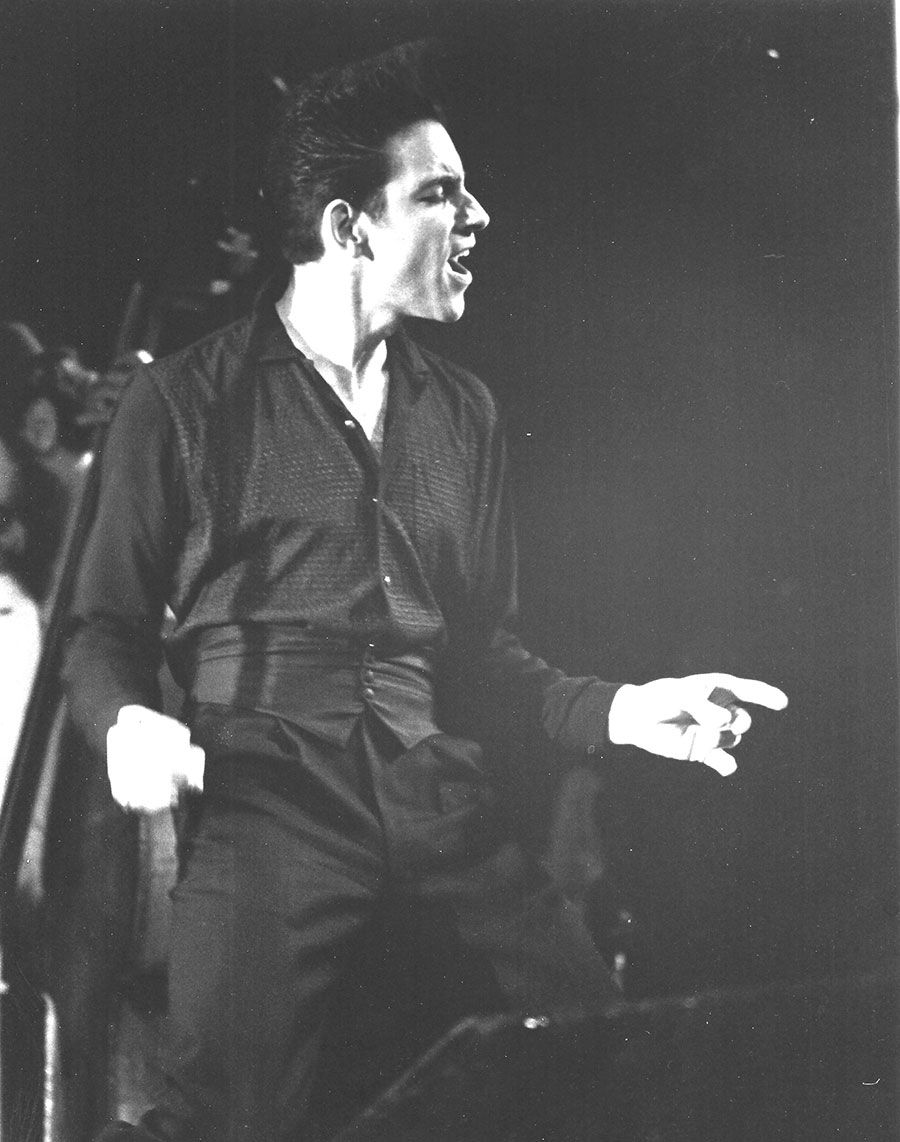 Robert Gordon at Rainbow Music Hall, 1979
Search
Follow Us on