Lisa Marie Presley, the only child of Elvis Presley, died on January 12, 2023, after a medical emergency and brief hospitalization. She was 54.

Presley developed a career in the music business and issued three albums. Her first, To Whom It May Concern in 2003, reached #5 on the Billboard 200 albums chart and was certified gold. “Lights Out,” her first single, received positive reviews and was on adult Top 40 radio playlists in major markets. KISS (95.7-FM) in Denver played it in rotation.

Pop success had visited many in the ranks of rock star progeny, from Jakob Dylan to Julian Lennon to Wilson Phillips. But no son or daughter arrived on the music scene encircled by as much public scrutiny as Elvis’ only kid.

She released To Whom It May Concern and talked in public for the first time—about living with her famous father, about her 1994 union with Michael Jackson, about her recent three-month marriage to Nicolas Cage…oh, and about her music.

“It’s neat, trying to get the record across and combating all the years of bullshit—pardon my sailor mouth,” she said. “It’s a crap shoot. Everything is focused on me talking about Nic, Michael and my dad. I do have to discuss those things, because it’s been so long where I haven’t said a word. And I understand the curiosity—I’m just trying to clear the air on some issues. However, it’s upsetting—‘Oh, by the way, she has a record…’”

Why was Presley, 35 at the time, emerging then as an aspiring singer-songwriter? Without even hearing it, cynics would dismiss To Whom It May Concern as a passing novelty, a psychodrama set to music for enquiring minds. It couldn’t have been a quest for fame—the unfolding story of her life had been revealed in America’s tabloids since before she could read. Nor fortune—she was head of Elvis Presley Enterprises, his sole heir.

“It’s a cathartic thing for me,” she explained. “I just got tired of the accumulation of the bullshit. So I used the record to do what I needed to do—approach and expose myself. I figured out that I can do that in a song. So I got quite comfortable with writing and singing.”

Presley had been moving gradually toward making a record for a long time, working through various versions and producers. She had every reason to be nervous, and she spent more than four years at Capitol Records honing To Whom It May Concern before she felt at ease with it. She ultimately hooked up with Glen Ballard, who co-wrote “Lights Out” with her. He was best known for his work with Alanis Morissette on the Grammy-winning Jagged Little Pill.

The result was a professional pop-rock collection with angry, guilt-ridden reflections on experiences and relationships. Presley said her lyrics were autobiographical, but people shouldn’t expect any Hollywood tell-alls. “I knew it was going to be on the darker, haunting side, because that’s where I pull from when I’m writing. But I didn’t have any particular direction. The songs are all different.”

When young, Presley would regularly visit her father, usually at Graceland (she was raised by her mother, actress Priscilla Presley). She was nine when he died in 1977. “Lights Out” was a bluesy and bittersweet contemplation on that heritage.

“I was crying every time I’d leave you/Then I didn’t want to see you/I still keep my watch two hours behind,” she sang in a low, breathy voice that sounded a little like Cher’s. “Memphis…that’s where my family are buried and gone…in the damn back lawn.”

“I like the song, but the first single?” Presley said. “It went against the whole point of doing a record, which was to assert myself as myself and not as anything else. And that song puts me (with my dad) right off the bat. So I shied away from the idea. Not that I’m trying to run from it, but that defeated the purpose, in my mind, of making my own statement, my own fingerprints.

“But at some point I came to grips with it—I’ll just get it out of the way. It was a tossup, and I let the record company do their thing.”

Most musicians discover their style over years of preparation. Presley had barely performed in front of anyone but had assembled her first-ever band for TV appearances and perhaps live concerts.

“Right now, they’re throwing me out into these really unnerving live situations right off the bat. My first-ever showcase was in front of (Los Angeles Times music critic) Robert Hilburn. It was, ‘Hi, what am I doing? Why am I putting myself through this?’ The second one was the NARM (National Association of Record Merchandisers) convention, the third was Good Morning America.

“Put me on the road so I can get my feet wet—even small clubs, I don’t care. I definitely am doing more records—I’m contracted for at least two more. It’s simply wanting to possibly do for others what music’s done for me my whole life, which is to get me through it. If I can move people in some way, make them feel something—like it, hate me, anything—then I’m happy.” 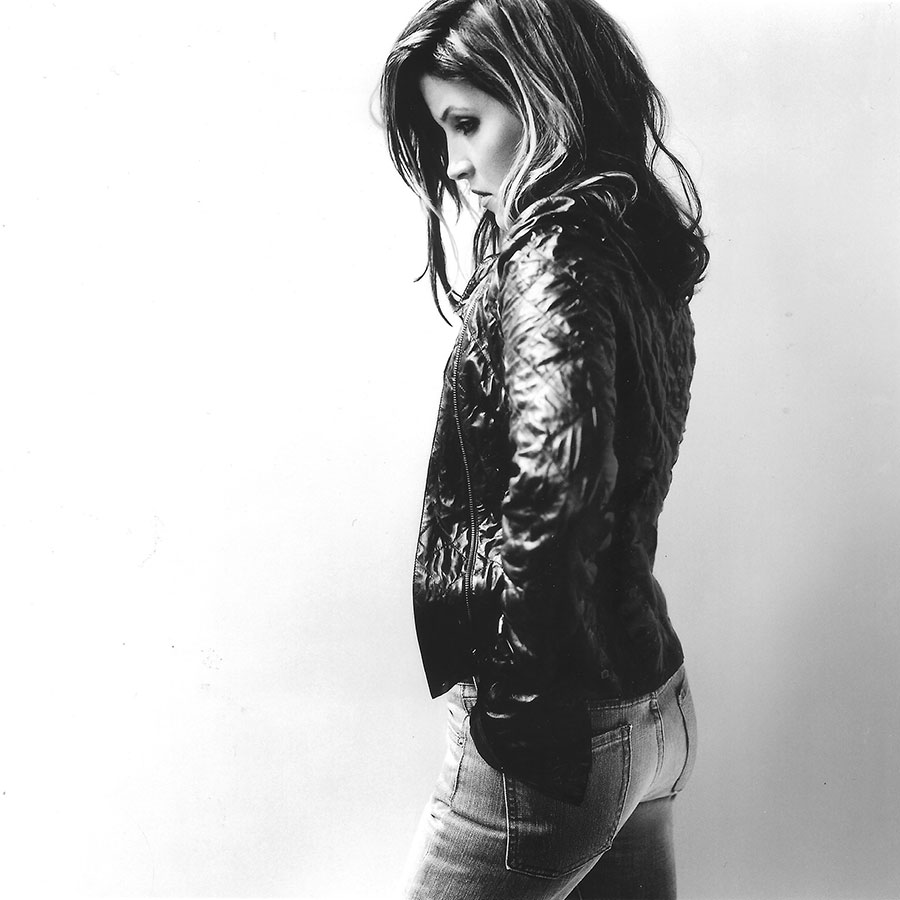