Jeff Beck, the iconic guitarist, died on January 10, 2023, after contracting bacterial meningitis. He was 78 years old.

Commencing in the mid-’60s, a handful of respected and influential guitar heroes made it happen for the classic rock generation. Jimi Hendrix, Eric Clapton and Jimmy Page come to mind. And then there was Beck—on an inspired day, his novel playing eclipsed that of his peers. Clapton himself called the reclusive Beck “the best guitarist around.” But he never achieved the same commercial success, primarily because his fragmented career was filled with idiosyncratic, stormy behavior and long intervals between albums.

Beck decided to emerge once again in 1999 with Who Else!, his first new material in more than a decade. He performed at the Fillmore Auditorium in Denver. “I’m overly appreciated—I’ve taken more accolades and praise than I can handle,” a kinder, gentler Beck said of his inconstant course. “It’s all a bit worrisome, because I know sooner or later, if I step out into the deep end of the pool, I might get drowned.”

Recommended by Page, his boyhood friend, Beck faced the daunting job of replacing Clapton in the Yardbirds in 1964. But it was his experimental sound that gave the British band a string of hits: “I’m a Man,” “Heart Full of Soul,” “Happenings Ten Years Time Ago,” “Shapes of Things” and “Over Under Sideways Down.”

His time with the Yardbirds established Beck’s near-mythic reputation—his virtuosic command of the fretboard, his daredevil feel for veering, cartwheeling riffs and distorted power chords and feedback. And there was his near-impossible touch on the whammy bar, which lets a player depress or sharpen a note.

“You could hardly move the lever on the old Stratocasters—I suppose it was a natural progression to explore that,” the guitarist explained. “It’s my thing, really, to play tunes on it. Everybody knows what Hendrix did—he’d put it on the ground and sit on it, do other vulgar activity with it. I don’t think too many people use it to melodic effect—it’s a bit pedal-steely.”

Briefly, Beck and Page were co-lead guitarists in the Yardbirds, but Beck’s unpredictable behavior led to a split in 1966 on the pretext that he was retiring from music. “My presence in that band was a pair of U.S. tours that hardly spanned three weeks apiece!” Beck marveled. “And yet we had four or five hits there, and the excitement was astonishing. But unfortunately, we didn’t have the right kind of send-off in terms of management and promotion.”

From there, Beck founded the Jeff Beck Group, featuring singer Rod Stewart—a then-obscure British dandy—and bassist Ron Wood and Mick Waller (drums) and later Nicky Hopkins (piano). The band’s two releases, Truth and Beck-Ola, were excellent in spots. The innovative act provided the blueprint for ’70s heavy metal—the teaming of Beck and Stewart was like nothing to be heard in rock again until Page sparred with Robert Plant in Led Zeppelin. The music was basically biting, R&B-edged hard rock, with exciting reworkings of blues songs and contemporary material.

On Truth, which became something of a classic, Beck and Stewart squared off with each other constantly. High-powered tunes included a loud and lewd retooling of the Yardbirds’ “Shapes of Things,” “You Shook Me,” “Blues Deluxe” and a version of “Morning Dew.” The pièce de résistance was the howling, screaming “I Ain’t Superstitious,” where Stewart’s distinctively raspy vocal riffs cajoled Beck into new flights of frenetic wah-wah wizardry.

A year after Truth, the Jeff Beck Group came back with Beck-Ola, which was even more crushingly loud. The heaviest tracks were “Rice Pudding,” “Spanish Boots,” “Plynth (Water Down the Drain)” and an entertainingly energetic cover of Elvis Presley’s “All Shook Up” that reset the limits of just how startling a slide guitar could sound.

The Jeff Beck Group’s reputation also increased with a series of bawdy U.S. tours. On the first date, Stewart suffered such stage fright that he sang the opening songs from behind the amplifiers.

“It was the weirdest thing,” Beck said with a laugh. “He had plenty of ego in England—he was upfront and stomping around. When we went to America, it was all a bit much for him—the fact that we finally were standing on the stage in New York, the Fillmore East in the summer of ’69. We couldn’t have had it better. It was a momentous occasion.

“We only did a 40-minute set, opening for the Grateful Dead. The people were just riveted—you could hear a pin drop between the solos. I said, ‘Look, believe it or not, there is a singer lurking somewhere.’ Then Rod went, ‘Oh, this is great, I’ll tell them who I am now!’ And he came out and took a bow and they got up and went absolutely bananas. It cemented the band together for the rest of that year.”

But the hassle-prone outfit was disposed to battle regularly, and Beck eventually dissolved the Jeff Beck Group in 1969—just before it was due to play Woodstock. Stewart and Wood then joined the Faces. And Beck never again hooked up with a lead vocalist as charismatic as Stewart. “One thing I regret is that the Jeff Beck Group didn’t make another album,” he said later. “We could have been the biggest band in the world.”

Beck sustained a fractured skull in a car accident. Returning to health, he formed a new, funkier version of the Jeff Beck Group in 1970, then teamed up with his friends from the Vanilla Fudge rhythm section, fashioning the power trio Beck, Bogart & Appice; a noteworthy track on their 1973 debut album was a version of Stevie Wonder’s “Superstition.” After a hiatus, Beck began playing jazz-rock instrumentals—and he racked up three successful albums. Blow by Blow, a 1975 collaboration with Beatles producer George Martin, was one of his career peaks, a top seller that received much critical acclaim.

“But I was completely torn up with the fact that George is so musical, and I didn’t know whether I wanted to go on making records that were too musical!” Beck explained. “I wanted to make some ugly sounds, some jagged, nasty records, not too smooth—and with Blow by Blow, I was a bit worried that it was bordering on pop easy-listening.”

Beck worked jointly with ex-Mahavishnu Orchestra keyboardist Jan Hammer on Wired and There and Back, but he spent much of the late ’70s out of the public eye. On a 1980 tour, Beck performed at McNichols Sports Arena in Denver. Called back for an encore, with the audience cheering “More! More!,” he returned to the stage, waited for the crowd to quiet down, then played a beautiful melody on his guitar—“More,” the pop standard adapted from the film score for the Italian documentary Mondo Cane. Most fans didn’t get the joke.

As the ’80s continued, he had established a routine—unless he had session work he really wanted (he played on Mick Jagger’s albums, among others), he stayed home. An avid hot-rod enthusiast, he collected classic cars and considered becoming a car restorer.

Beck linked with Stewart again for a cover of Curtis Mayfield’s soul classic “People Get Ready” and the more rock-oriented Flash album, both in 1985. On 1989’s Jeff Beck’s Guitar Shop, which won a Grammy in the Best Rock Instrumental Performance category (one of six in his career), he used keyboardist Tony Hymas and ex-Frank Zappa drummer Terry Bozzio. But again, upon the completion of The Fire Meets the Fury tour—where he co-headlined with Stevie Ray Vaughan at venues such as McNichols Sports Arena—he entered semi-retirement as a result of tinnitus, a sensation of noise in the ears.

“The Bozzio/Hymas trio was too terribly loud. The last two gigs were in England, and I was nervous at being there with that band—for some reason I cranked all the side fills full up. Afterwards, I had a ringing in the ears for a week, then it went away, then it came back—and it didn’t go away.”

Beck didn’t make as much of a stir afterwards. He played on Roger Waters’ comeback album, Amused to Death. In 1993, he issued Crazy Legs, a tribute to ’50s rocker Gene Vincent and his band the Blue Caps. Who Else! (an arch reference to the other, younger Beck in the CD bins), the first pure Jeff Beck project of the ’90s, featured 11 instrumental tracks, one of the most eclectic releases in his 35 years of recording. On tour, Beck was complimented by Jennifer Batten, a second guitarist and first-rate player.

“I was getting a little edgy about moving keyboards away, because they take up so much sonic presence and space nowadays—you hit one key and the whole theater collapses! Little ol’ guitar gets left out of the picture in terms of impressive sound,” Beck said.

“But I’ve got a really great girl—Jennifer provides the right foil. She comes up with her own Midi interface and can provide me with organ, strings, whatever I want. There’s no end to what we can do, really. I don’t care too much if an album doesn’t sell millions, but I love doing a satisfying tour—then I can enjoy other things. If people turn up in decent numbers and they enjoy what we’re playing, I’ll still be around.”

Beck remained active, performing in Colorado at Fiddler’s Green Amphitheatre in 2003, 2014 and 2016. 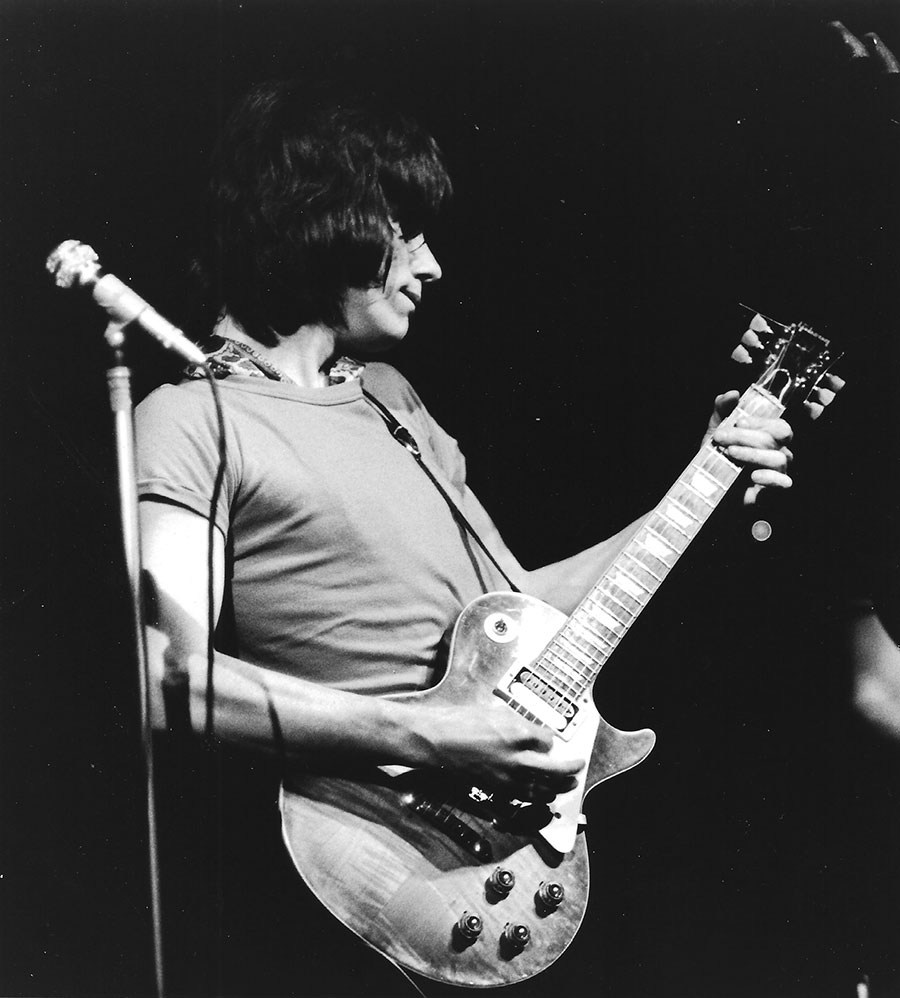 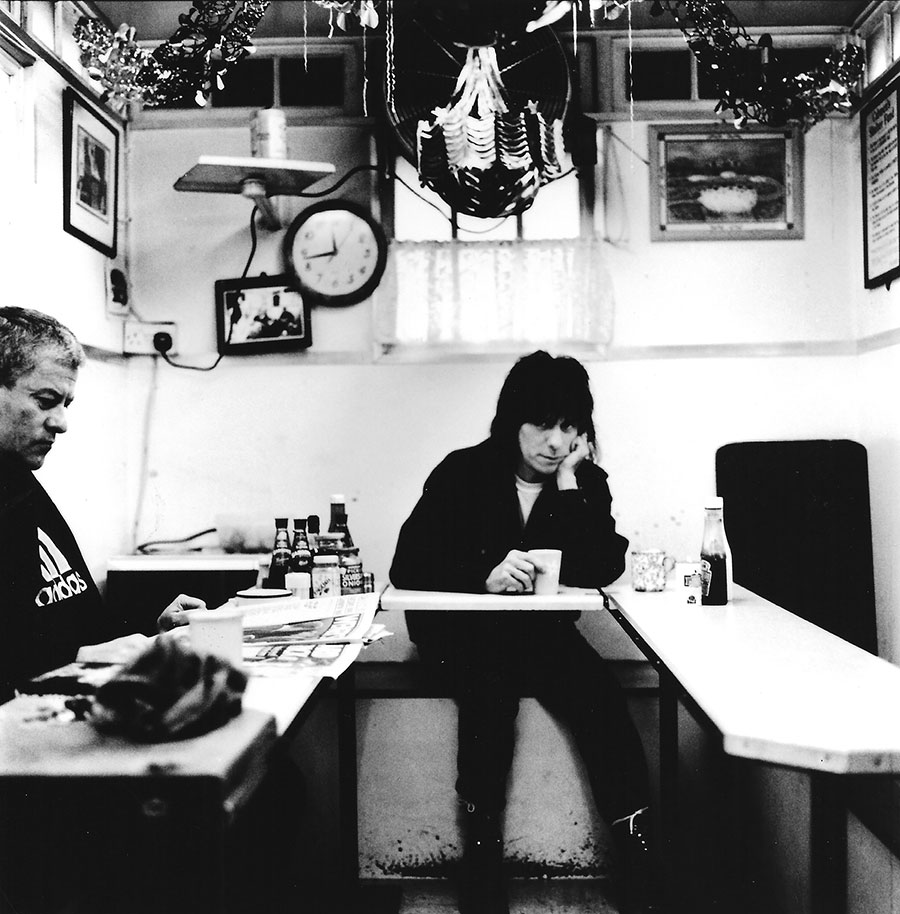