Graeme Edge, drummer and co-founder of the Moody Blues, died on Novermber 11, 2021, at the age of 80. Described by frontman Justin Hayward as “one of the great characters of the music business,” Edge was the only person to be a member of the British band’s entire existence.

The Moody Blues became one of rock music’s most dominant forces between 1968 and 1972, when the splendor of the hit “Nights in White Satin” and such classic concept albums as In Search of the Lost Chord and A Question of Balance established their brand of orchestral rock. Edge’s drumming and introspective spoken-word poetry played a major role in the group’s success.

A six-year hiatus interrupted the band’s career in the ’70s, but the 1986 hit “Your Wildest Dreams” introduced the Moody Blues’ music to a new generation of fans. Edge celebrated the group’s survivor status on a supporting tour that brought the “veteran cosmic rockers” to Denver’s Fiddler’s Green Amphitheater.

“The common ground that’s stayed the same in the band is a sense of old-fashioned decency,” Edge noted. We were all raised in good families, so we don’t like breaking up hotel rooms or throwing girls into vats of Jell-O. And musically, we share with millions of people that wonderful idealism of the ’60s, when we were going to change the world. We’ve kept that flame alive a little bit.”

Yet the group’s ’80s output was criticized as more hit-oriented and less progressive that early releases. Edge said the band had lost a little spontaneity as a result of exploring technology.

“On tour, the use of pre-programmed sections tends to ossify the arrangements, and I think the new records are a little to sanitized by sequencers,” he said. “I want to hear more bacteria, more rock ’n’ roll. But we’ve got to explore these things—we can’t shut our minds. When the saxophone was invented so many years ago, some people argued that it took away the contact between the musician and the instrument—it used mechanics, where previous to that it was all fingers-over-holes. But musicians always use the technology of the day, be it a saxophone or the latest result of the microchip revolution.

“So we’re working to become virtuosos with this new stuff. I’m still the band’s conductor—try and play together without a drummer,” he laughed. “Drum machines? You can spill beer on me and I still work. In fact, in the early days, you had to spill a beer in me to get me to work.”

Through the ’90s, the Moodies heralded their longevity by collaborating with major symphony organizations throughout the US and Europe, a concept that the band debuted with the Colorado Symphony Orchestra at Red Rocks Amphitheater in 1992. A successful album and a PBS television special followed.

“The project has made it exciting to get back on the road again,” Edge said when the Moodies returned to the Rocks in 1994. “It’s usually so boring, especially when you get to our age when you can’t drink as much as you used to. And with the diseases that are about now, you can’t play around. And after the first 10 gigs, you start feeling a bit like you’re churning it out like a sausage factory. If you’re not enjoying the playing, it starts to get jaded.

“But with orchestras, it’s a different one every night, and you’re wondering what it’s gonna be like. I hadn’t paid any attention. I didn’t realize that, apart from skill levels, you could tell the difference between orchestras from their sound. But you can tell rock bands apart—why not orchestras? The resident conductors actually impress their personalities on these people. So you hear some of them where the strings speak really slowly, and some more onto the beat, some where the brass is harsh and hard, some where it’s really got a warm, rounded tone.”

How did the CSO rate? “They were the first, and I was in such a blue funk that night I can’t remember listening to them! For 25 years, if somebody slipped up—missed a verse or came in a couple of beats early—we were used to playing as a band, so it wasn’t a problem. I’d quickly switch over and back whoever was the lead player. But Red Rocks was the first time I’d been the drummer for 60-odd people. If they’ve all got is ‘tadpoles on washing lines’ (sheet music), they’re going to stay on that. So I was concentrating on staying with the orchestra, really concerned of speeding up or slowing down a little. Most of that concert, the only thing I heard was myself going ‘one-two-three-four, one-two-three-four!’” 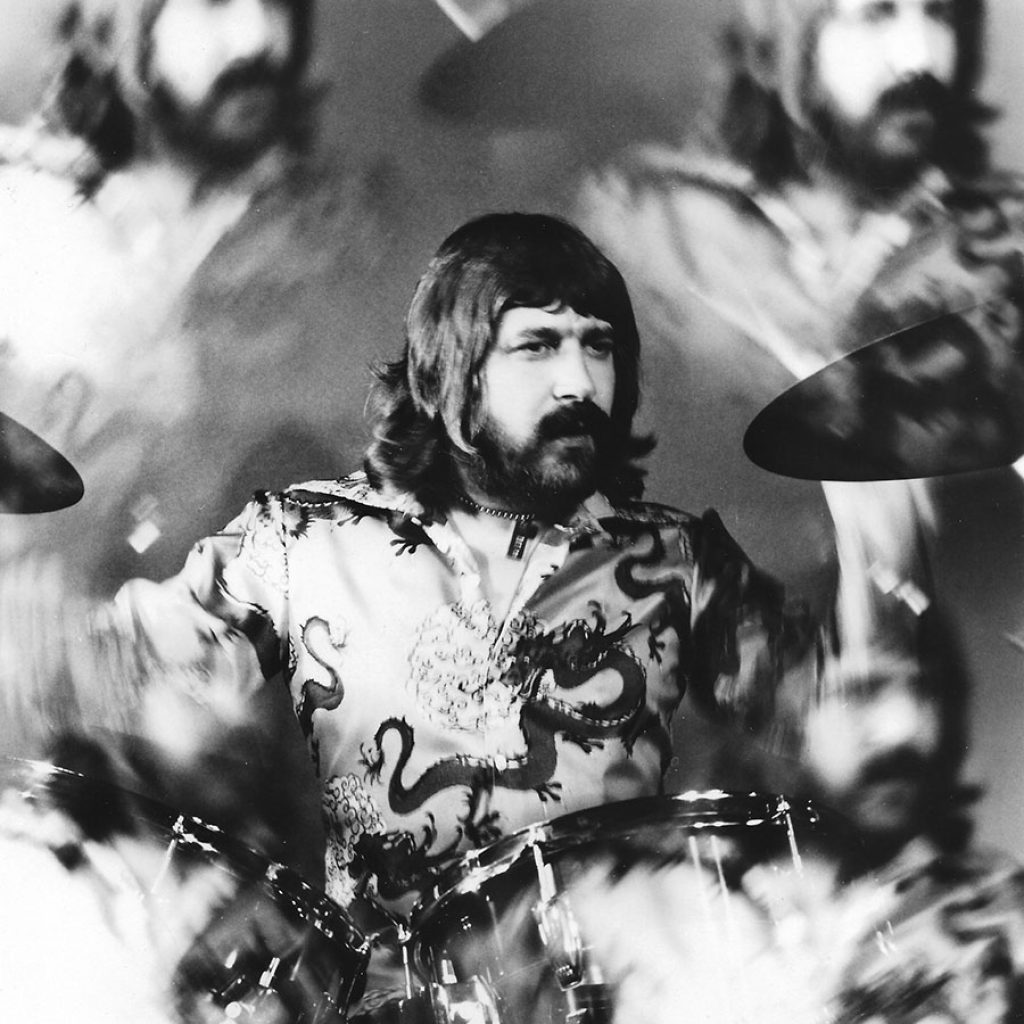