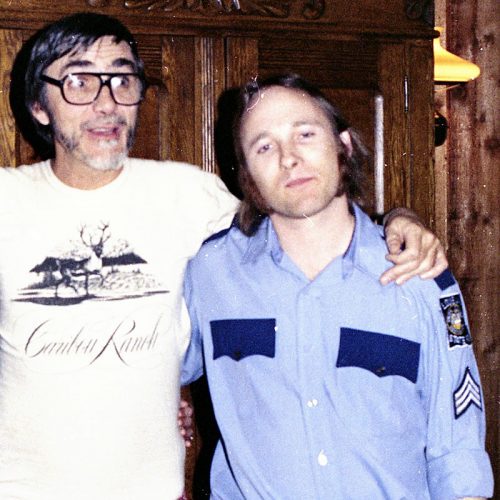 Lighting out from the supergroup Crosby, Stills, Nash & Young in the 1970s, Stephen Stills found his muse—and inspired musicians—in Colorado.

Stephen Stills posed outside his cabin near Gold Hill in Boulder County for the cover photo of his first solo album. It was September 20, 1970, the morning after he received the news of the death of his friend Jimi Hendrix. Stills wrote songs for his second solo album that winter while in Colorado; he also named his publishing company after Gold Hill. After watching the Flying Burrito Brothers play the Boulder nightspot Tulagi, Stills posited that Chris Hillman, then the Burritos’ lead singer and driving force, and guitarist Al Perkins should quit their band and join him. Stills had been visualizing a group that would bring together rock, folk, Latin, country and blues. He also retained several members of his touring band—Dallas Taylor on drums, bass player Fuzzy Samuels, keyboardist Paul Harris and percussionist Joe Lala. When the Stills-Burritos amalgam—dubbed Manassas—congregated in the studio, something clicked. The 1972 debut double-LP Manassas, featuring the singles “It Doesn’t Matter” and “Rock & Roll Crazies,” peaked at #4 on the charts. On stage, Manassas gained fame for its nearly three-hour shows opening with a rock set, followed by Stills playing solo acoustic, Hillman and Perkins playing bluegrass, and the band then returning for country, more rock and an acoustic finish. After touring, Hillman took several weeks away to record a reunion album with the Byrds, his pre-Burritos band. Manassas then regrouped. A second album, Down the Road, was completed at James William Guercio’s Caribou Ranch in Nederland, Colorado. It peaked at #26 on the Billboard charts, and “Isn’t It About Time” reached #56 on the singles charts. Stills married French singer-songwriter Veronique Sanson; their son Chris was born in Boulder Community Hospital. Hillman made a future commitment to the Souther-Hillman-Furay Band (which would include Perkins, Harris and Lala), and Stills regrouped with Crosby, Stills, Nash & Young for sessions that were ultimately aborted. When Stills reassembled Manassas, he hired bassist Kenny Passarelli of Joe Walsh’s Colorado-based band Barnstorm. Following the last shows of its late fall 1973 tour, Manassas announced its breakup. Stills spent a few years working with Donnie Dacus, a guitarist who played an integral role in the making of Stills’ next two albums. Many recording sessions for Stills and Illegal Stills took place at Caribou Ranch.