The biggest star of the folk genre to emerge from Colorado is the prolific Judy Collins. 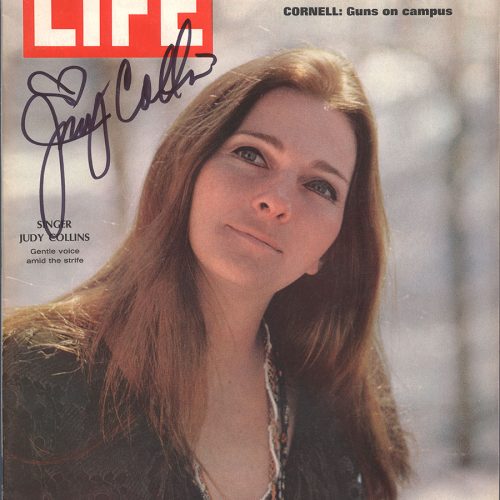 Life Magazine cover" appearance
Collins’ family moved from Seattle to Denver in 1949, when she was 10. Her father was a singer, composer and broadcasting personality despite the fact that he was blind, and she appeared as a youngster on his KOA radio program, “Chuck Collins Calling.” She began the study of classical piano with Dr. Antonia Brico, a noted conductor and pianist, and debuted with the Denver Businessmen’s Orchestra when she was just a teenager. By the time she was a Denver East High School student, Collins had traded classical piano for a second-hand guitar. At the age of 20, she launched her singing career at Michael’s Pub in Boulder. After stints at various mountain bistros, Collins landed a headlining spot at the Exodus, Denver’s biggest club at the time, then moved east for a stint in Chicago and ultimately New York’s Greenwich Village. She had developed her social conscience and the special gift of turning folk songs into art songs. Her crisp, clear soprano voice electrified audiences, carrying her to international fame. 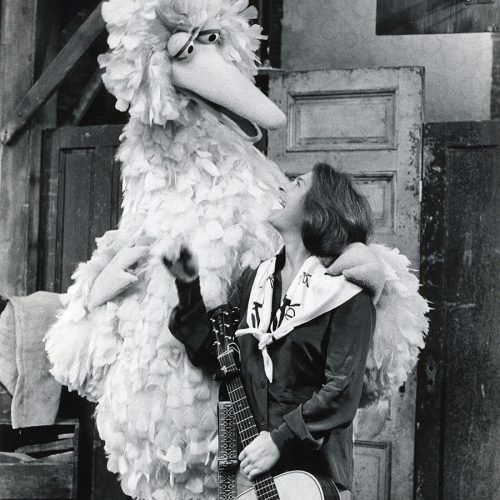 The 1968 Wildflowers album yielded her first big commercial hit, with an interpretation of Joni Mitchell’s “Both Sides Now.” She had several more hits, including a cover of Ian Tyson’s “Someday Soon” (singing about a cowboy from Colorado), an a cappella reading of the traditional classic “Amazing Grace,” and the 1975 Grammy-award winner “Send in the Clowns” from the Broadway play A Little Night Music. Defining Collins as a folk musician would be too limiting to her talents. At last count, she had recorded more than three dozen albums, written several autobiographical books and a novel. In addition, Collins, who is known for social activism and political idealism, has received numerous humanitarian awards for her work with UNICEF and alcohol abuse and suicide prevention programs.