“Our first performance was at a nightclub called the Sink back in an alley near the University of Colorado,” David Givens said. “This may sound immodest, but it’s the truth—we had no competition in Colorado. Right from the start, people treated us as if we were extraordinary.”

Zephyr’s music quickly developed as a curious mix of supercharged jazz-inflected rock and rhythm & blues underpinned by a strong keyboard sound. Candy Givens’ harmonica and vocals—from lusty growls to lacquer-thin highs—and Bolin’s guitar were raising the roof in Boulder and Denver clubs and college haunts with a brand of heavy blues-rock that a lot of Colorado kids had never heard before. The group lived the typical late 1960s lifestyle, headquartering at Candy Givens’ mother’s house until Bolin wrangled an audition with concert promoter Barry Fey.

Fey liked the band (and especially Bolin, who was one of the premiere young guitarists in the country) and set up a showcase in Los Angeles. After playing the legendary Whisky a Go Go nightclub, Zephyr was signed by ABC’s Probe Records. Zephyr, also known as the “rainbow in the bathtub” record for its cover, reached the Top 50 in 1969. It was a fairly hesitant affair with a primitive studio sound, but it established Bolin as one of the hottest guitarists on the scene.

“The first record was recorded in two days,” David Givens recalled. “Then a producer came in and wrecked it. I liked the basic tracks—it was real spontaneous, especially Tommy’s guitar work.”

One of David Givens’ fondest memories of Candy Givens’ performing days was at the riot-filled Denver Pop Festival in August 1969: “The cops were tear-gassing people at the gate and the performers were getting gassed. Candy took charge. She said, ‘We’re crying anyway. We may as well do some blues.’”

Zephyr gigged solidly through 1970 and 1971. The act performed at such noted rock emporiums as the Fillmore, the Fillmore East and the Whisky a Go Go, and opened for such luminaries as Jimi Hendrix, Led Zeppelin, Mountain and Fleetwood Mac. But their recording career was held up after Probe folded. When they did venture back into the studio, it was for the Warner Brothers label. Eddie Kramer, who had produced successful albums for Led Zeppelin and Hendrix, had heard the group in Colorado and put them on Warners. The sessions for 1971’s Going Back to Colorado took place in the prestigious Electric Ladyland Studios in New York.

“We’d been there a couple of weeks when Jimi Hendrix died. It fell to Eddie Kramer to try and make Hendrix’s Cry of Love album sound finished. He felt the weight of trying to complete it. We were pushed aside right when we needed him to help us,” Givens said.

“The hassles started,” Givens recalled. “Tommy fought with the drummer, then the drummer came back, so Tommy quit, blah, blah.”

In 1973, Candy and David Givens, Bolin and Faris joined up with Harold Fielden and Mick Manresa from Flash Cadillac, as the Legendary 4-Nikators, playing oldies every Monday night at Art’s Bar & Grill in North Boulder. They packed the place and made more money than they ever had as Zephyr.

In 1976, four years after leaving Zephyr, Bolin died of a drug overdose. Candy Givens drowned in her hot tub after overdosing on Quaaludes and alcohol in 1984.

“Candy was unique, the first female lead singer who could hang with the guys that I was aware of,” her widower said. “Over the years, Candy was accused of copying Janis Joplin, but she was an entirely different kind of duck. True, she was brash and sang hard sometimes, and our records didn’t often capture her at her best. But she was never a Janis clone to anyone with eyes or ears.” 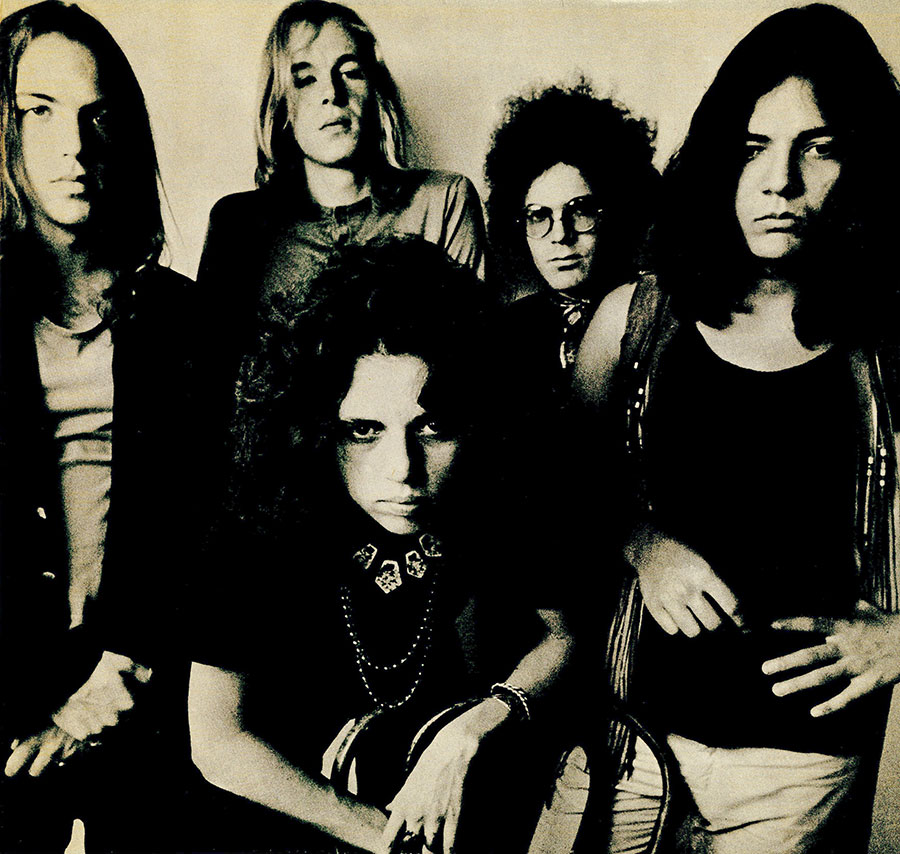