In 1988, Winger’s self-titled debut album was certified platinum for one million sales, part of the wave of stylish pop-metal that also sent Bon Jovi and Def Leppard to the top of the charts.

“It was Christmas 1968 when I got my first bass—I was seven, and I wanted to be Paul McCartney. I had fiddled around with piano lessons the year before, but my other two brothers and I wanted to do a band, so our parents got me a Panoramic and my brothers a guitar and drum set.” The brothers’ first gig was at Walnut Hills Elementary School in 1970.

Prior to his sophomore year at Golden High School, Winger, then 16, took the GED and went on the road.

“The band was still me and my brothers at the time. We were getting a lot of gigs, and school was getting in the way,” he recalled. “We linked up with producer Beau Hill, who was working out of Denver’s Applewood Studios. He drove up in his Porsche, and we rode up on our ten-speed bikes.”

Winger spent 1980 in New York opening in bars for the likes of Zebra and Twisted Sister. When the city’s scene lost its momentum, he returned to Colorado to study acting, music and voice at the University of Denver. But he was always sending tapes to Hill, who stayed in New York. Winger eventually rejoined him, sleeping on the floor of Hill’s apartment.

“I had never done anything but play music, and I had an ego. I had always made money at it. But when I got to New York, there were a thousand of me, waiting tables and getting treated disrespectfully. It was overwhelming and intimidating, but it was the best thing that ever happened to my songwriting.”

Hill finally cracked the big time by producing Ratt’s breakthrough hit, “Round and Round,” and he allowed Winger to play bass on some sessions. Winger got some equipment together and his hopes up—prematurely—for a record deal.

“When you grow up in the Rockies or Midwest, you don’t have any connections. You think if you had some, you’d be happening. But they don’t mean shit. You’ve got to have the goods as a songwriter or you don’t make it.”

Winger’s demos were repeatedly turned down by record companies. He considers April 1986 the start of his career because he finally made some money writing horn and background vocal parts as Hill’s production assistant for the Hearts on Fire soundtrack, featuring Bob Dylan. Alice Cooper then asked him to play on two albums and a tour.

“I remember the 1987 concert at McNichols Arena in Denver. When I was a kid, I used to ride my bike down to McNichols and stare at it and say, ‘I’m going to play there someday.’ And when I finally did, I couldn’t move—I dislocated my knee the week before. I had to be carried on and off the stage.”

The Cooper gig was good-paying, guaranteed work, but Winger decided to pursue his goal of leading his own band. He went into Boulder’s Mountain Ears studio and didn’t emerge until his contacts and experience landed him a recording contract.

Winger was a surprisingly accomplished debut, and Kip Winger’s chiseled good looks were seen on MTV, where videos for “Seventeen” and “Headed for a Heartbreak” received heavy exposure. The band’s second album, 1990’s In the Heart of the Young, was equally successful, selling over a million copies and featuring the hit power ballad “Miles Away.”

“It’s weird,” Winger said. “I was accustomed to hanging out wherever I wanted, but then people were waiting at the hotel for autographs and pictures,” he said. “But I dug it. I waited for years for that to happen, and then it was all of a sudden.”

Although he based himself in New York, Winger maintained, “Denver is the best place to be. It gave me a perspective on life. In Denver, you get a chance to nurture yourself and grow spiritually. It doesn’t cost a million dollars to rent space and the players are in close proximity, so you get a vibe, a sound, a longevity. That’s much more preferable.”

The musicianship in the ensemble bearing his last name was stronger than that of any other “hair metal” band. In addition to lead singer and bassist Winger, the lineup featured guitarist Reb Beach, rhythm guitarist/keyboardist Paul Taylor and drummer Rod Morganstein, formerly of the Dixie Dregs. But with the rise of grunge and alternative rock, a backlash overtook the group. On Beavis & Butthead, MTV’s top-rated animated series of the mid 1990s, the heavy metal-loving adolescents used to torture the neighborhood kid Stewart for wearing a Winger t-shirt.

“It was over,” Winger said. “I could have released Sgt. Pepper’s and it wouldn’t have mattered.”

After dissolving the band in 1994, Kip Winger went on to a solo career, releasing three albums. Since 2001, he’s reunited members of Winger for several tours and recordings. 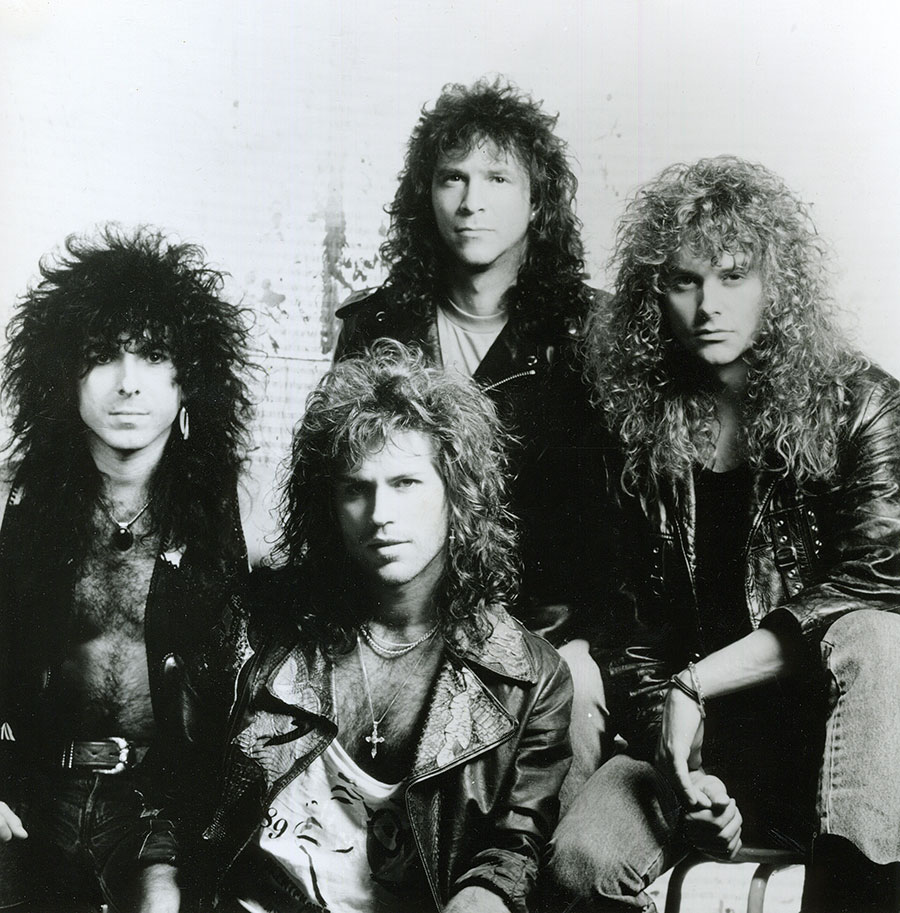