By putting out false information and pernicious publicity stunts, the Warlock Pinchers created a legacy of creative mischief.

“We are the band who cried wolf,” admitted KC K-Sum, a.k.a. percussionist Andrew Novick.

Beginning in 1987, the noisy, bratty and crude quintet pulled off some memorable mayhem in the annals of underground shows in Denver and Boulder, lampooning the effect of mass marketing on the suburban middle-class in the name of having fun and entertaining themselves.

In 1989, the Warlock Pinchers trashed teen pop star Tiffany’s No. 1 hit version of “I Think We’re Alone Now,” recording it with cut-up interviews and samples as “I Think We’re Tiffany.”

“And in our concerts, we’d let the drum machine keep going for ten minutes after we stopped playing the song,” Novick said. “We wondered if we could get sued and sell thousands of records because of the publicity. But we couldn’t find out—nobody would pay attention to us.”

So the band members scammed. They wrote a letter from Tiffany’s management to themselves on fake letterhead, “received” it and then issued a press release saying they were going to be prosecuted. The media was referred to the band’s manager, Wil Wheaton. “That’s the name of the guy who played ‘Wesley’ on Star Trek,” Novick laughed.

Local writers took the bait until Tiffany’s manager admitted the hoax, and the Warlock Pinchers had zero credibility. “We had trouble getting our concerts listed in the papers,” Novick said. But then the musical pranksters recorded a hard-core punk-rap song, “Morrissey Rides a Cockhorse,” and garnered more notoriety.

Morrissey, the former lead singer of the Smiths, was turning shameless self-absorption and hand-wringing angst into mega-stardom in his native England. “Morrissey Rides a Cockhorse” satirized his flightiness and outrageous neurotic fantasies—the record featured a photograph of him on the jacket and a cartoon on the label depicting him chanting “Ouija Board Ouija Board” as he simulated sex with a skeleton over the grave of James Dean. The sneering lyrics (“Crybaby son of a bitch, no talent motherfucker”) were an unabashed attack. The record also featured two samples of Morrissey himself in an interview.

“As much as the song was a string of obscenities about Morrissey, it was way more than that,” Novick said. “If you listen to the lyrics, it’s obvious we know a lot about him.”

The British had a tremendous love-hate thing with Morrissey, and “Morrissey Rides a Cockhorse”—released two years later in Morrissey’s homeland—made them laugh out loud. It was named “Single of the Week” in the country’s leading music weeklies, Melody Maker and New Musical Express. The former erroneously identified the Pinchers “a Boston-based” band and ran a picture of another group, but both reviews were raves: “A hilarious iceberg that gets bigger and better with each subsequent listen…Their level of sustained invective is staggering…One meticulously planned vindictive assault…Snide, cynical, parasitic and hilarious.” The song briefly hit the U.K. indie charts in June 1991.

A spokesman for Morrissey said, “Who are (the Pinchers) anyway? They seem to be intent on making a name for themselves on the back of other artists’ reputations.” He denied that legal action would be taken against the Warlock Pinchers or their record label over the lyrics and artwork. But he confirmed that Morrissey was aware of the record’s existence.

Novick attempted to present Morrissey with his very own copy of “Morrissey Rides a Cockhorse” when the high priest of blatant solipsism performed at Denver’s Paramount Theater.

“His gofer took everyone’s gifts—mostly flowers,” Novick reported. “He gave our record and T-shirt a weird look, but we assured him, `Take it, Morrissey’ll love it.’” 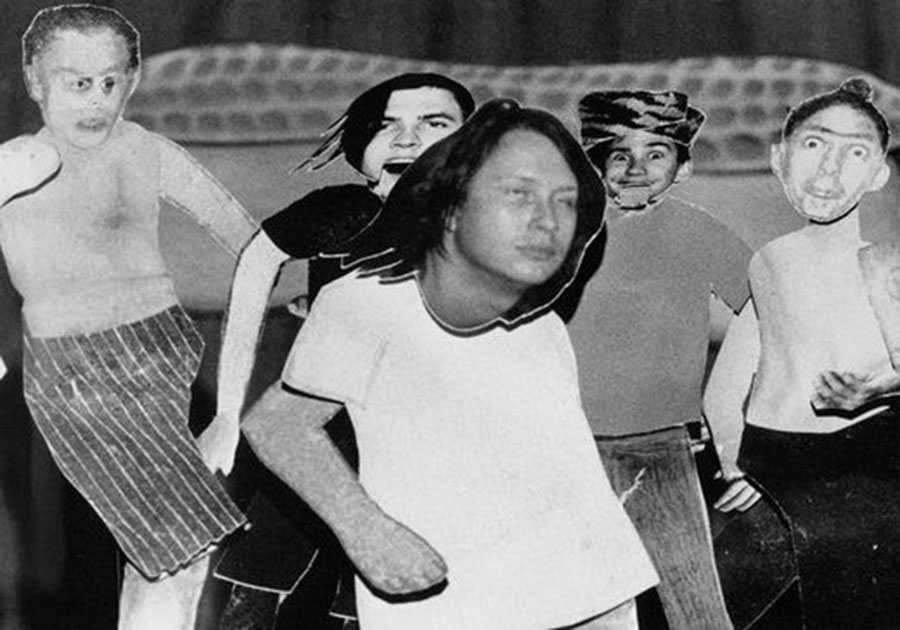