Whereas most people in their early twenties are told it’s the best of times, Tickle Me Pink dealt with the reality of how short life can be.

Formed in Fort Collins in 2005, the pop-punk quartet built a loyal following by playing hundreds of live shows and independently releasing two EPs. Each of the members had considerable musical experience prior to coming together as a group. Singer-guitarist Sean Kennedy had taken (unless he was still taking them while in the band) lessons for voice and piano as well as training with classical guitarist Dave Beegle. Since the age of 17, bassist Johnny Schou had worked as an assistant engineer at the Blasting Room Studios in Fort Collins.

After making a lot of noise in Colorado, Tickle Me Pink—Kennedy, Schou, drummer Stefan Runstrom and guitarist Steven Beck—broke on Denver alternative rock radio station KTCL with the catchy song “Typical,” which drew the attention of the Wind-up Records label. The band recorded Madeline, its full-length debut album. Kennedy and Schou wrote the majority of the music, and Kennedy wrote all of the lyrics, which explored mortality, breakups and the trappings of suburbia.

“I was thinking about everything going on in my life,” Kennedy said. “I did well in school and got a lot of scholarships, and I chose not to go the college route because we were passionate about our music. I was engaged at 18 and broke that off. My mind was in a darker place. I saw a world around me that I hadn’t seen before. Writing lyrics is your voice. If you’re not going to state something that doesn’t connect with someone, why even do it?”

On the morning of July 1, 2008—the same day of Madeline’s release—the 22-year-old Schou was found dead in his bedroom by his bandmates. Kennedy, Runstrom and Beck were left to console one another.

“Johnny and I were best friends,” Kennedy said. “We did everything together, and we could have deep, serious conversations about religion and death. When we knew it was going to snow, we’d go to the Blasting Room and get snowed in there—we knew other bands couldn’t come in and we wouldn’t have to pay for days; we recorded demos and had so much fun.

“He wasn’t a junkie. He just slipped up. Everyone loved him. He was a good kid.”

Tickle Me Pink had performed just days before at the Vans Warped Tour at Invesco Field and was preparing for a national concert tour and publicity drive for Madeline. Joey Barba, a long-time friend, was enlisted to join the band on the road. Madeline peaked at #21 on Billboard’s Top Heatseekers chart. Tickle Me Pink played its last show in March 2011. 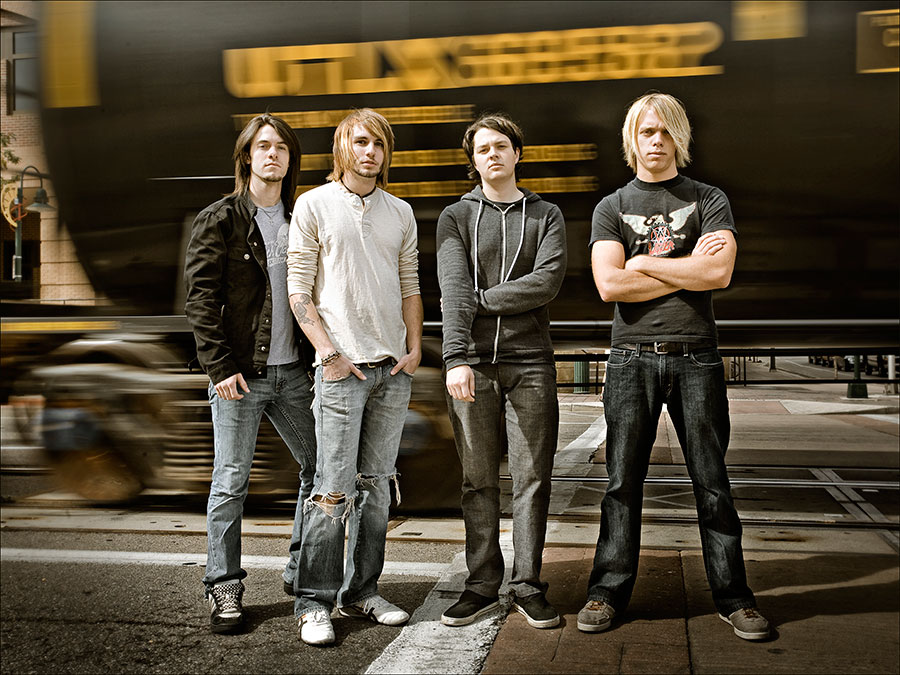