By 1969, it was beginning to dawn on people that most of the decade’s rock icons weren’t functioning. The Beatles hated each other. Bob Dylan had become a recluse. Jim Morrison’s encounters with the law were stacking up against him.

The Rolling Stones were the only ones left, putting their talent on stage for the first time since 1966.

When the Stones had last toured and made their reputation, it was still basically as a pop group—they were obliged to do little more than fill theaters with shrieking teens. (In Colorado, Gov. John Love was present for the band’s concert at the Denver Coliseum on Nov. 29, 1965.)

But in those three years, pop had evolved into rock culture and consciousness. The music was not only a thousand watts louder; it was also a thousand times weightier. The Stones had been portrayed as both heroes and villains. There was public controversy over their drug busts, censorship battles and their reportedly unconventional sex lives.

Jittery at the prospect of moving into arenas, “the greatest rock ‘n’ roll band in the world” assembled a traveling rock ‘n’ roll circus with the lighting and sound equipment that the venues demanded. They even booked their own maintenance, publicity and security staffs and their own supporting act, Ike & Tina Turner.

The opening gig was scheduled at the Forum in Los Angeles. But the tour actually started the day before, on Friday, November 7, when the Stones flew to Colorado to perform at Colorado State University’s Moby Gym in Fort Collins, about sixty miles north of Denver. It was a “break-in” concert—a rehearsal, though no one called it that. The performance had been advertised for three weeks, but no one outside of Colorado seemed to know of it. The Stones had asked that details of the concert go untold, in case something went wrong.

At sunset, the Stones got dressed in the Letterman’s Lounge. And then Mick Jagger danced onstage and Keith Richards pumped out the opening chords to “Jumpin’ Jack Flash.”

Fans weren’t familiar with “Midnight Rambler,” Jagger’s eulogy to the Boston Strangler. The singer pranced around the stage, posing maliciously. He lashed the stage with his belt and thrust his crotch into the audience’s faces.

“They just sat there,” Jagger later said. “They were, I think, too stoned to move.”

Drummer Charlie Watts found 1969 America to be a radically different country than the one the Stones had entertained three years earlier.

“People didn’t scream anymore—the music was taken seriously,” he recalled. “And you had proper amplification—suddenly you could hear everybody. Nobody had heard drums before. We must have sounded a joke before that. But in ’69, you really had to be on top of it to play. That’s how Hendrix and bands like Led Zeppelin came about.”

The tour was a media event, but the Stones’ satanic image came home to roost in December at California’s Altamont Speedway. Prodded by the summer’s Woodstock gathering, the band chose to stage a free thank-you-America concert, which also included performances by the Flying Burrito Brothers and Jefferson Airplane. The Stones appointed members of the Hell’s Angels motorcycle gang to work security for the day-long event. Their “protection” resulted in numerous violent altercations—the most infamous of which was the fatal stabbing of a young black man in front of the stage. It was a fitting end to one of the most dynamic and dysfunctional decades in American history.

During their 1972 tour, the Rolling Stones stayed at the Warwick Hotel in downtown Denver when the place was part of the Radisson chain. Keith Richards and sax player Bobby Keys got bored and started smashing up televisions with room service trolleys and throwing them out of the window. It was captured on Cocksucker Blues, an unreleased movie in which Richards elucidated about sending explosives through the plumbing to see if anything got blown up. 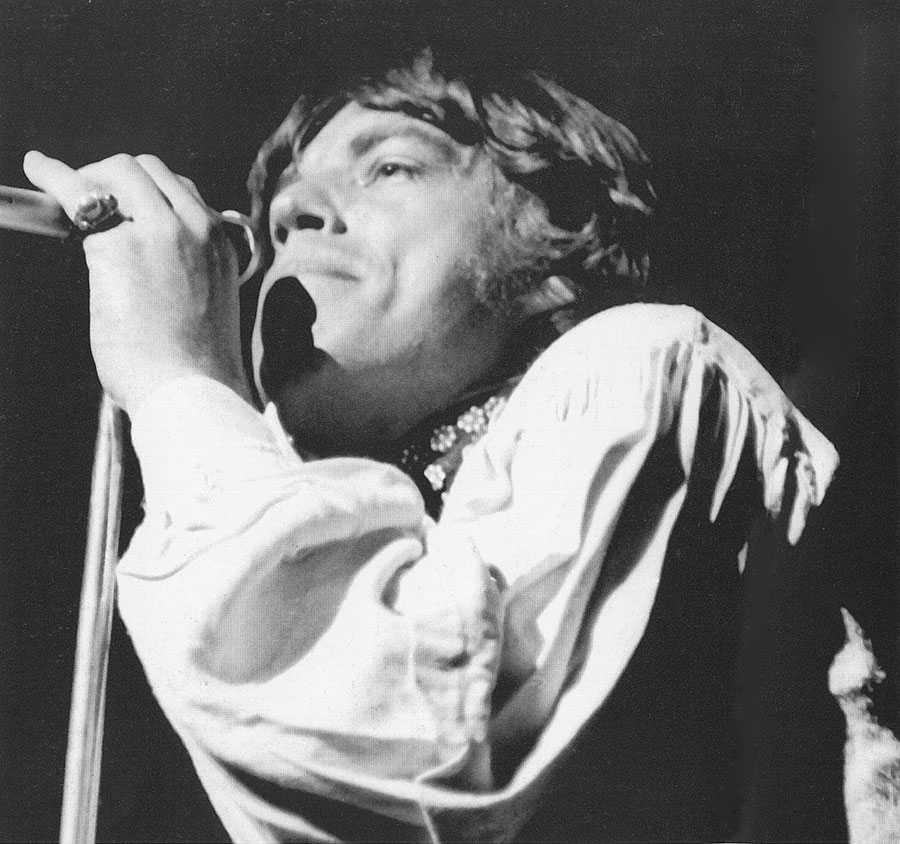