The Rainy Daze had one of the biggest Colorado-based hits of the 1960s—”That Acapulco Gold,” an ode to marijuana crooned in Roaring Twenties vaudeville style.

Formed in 1963, the Rainy Daze played six nights a week at the Galaxy, a Denver club.

“We were a working band,” lead singer Tim Gilbert said. “The idea wasn’t to get rich and famous, although the availability of young women was way up on the list of reasons to do it. The whole idea was to play and make money, $350 to $500 a night.

“A band’s identity was more determined by the covers you played than anything else. You had to play some Beatles, but we were more Stones, Yardbirds and Who, so people thought we were ‘edgy.’ We would periodically go into the studio and try to record an original song and become stars so that the pool of available women would grow!”

“Everybody was going to the University of Colorado,” Gilbert said. “John was a roommate, a guy who hung around. It was a long time before I took him seriously. He had a great musical sense, but he couldn’t carry a tune. When it became important to write original music, with people in Hollywood saying, ‘If you’re going to be anything, you’ve got to write your own music,’ we looked at each other and said, ‘Shit, who can do that?’ John insinuated himself into that process. I had a micro-talent for writing melodies, and John was quite a talented lyricist.”

“There was a song out at the time called ‘Winchester Cathedral’ (a No. 1 hit by the New Vaudeville Band, sung through a megaphone). A lot of what we did on ‘Acapulco Gold’ was reflective of that. It was 180 degrees from all the music we were playing.”

The group was then signed to Uni, which distributed “That Acapulco Gold” nationally. The song continued to dominate Denver radio in early 1967 and peaked at #70 on the Billboard pop singles charts. However, national sales and airplay went up in smoke once word got around about the song’s real inspiration. It was unceremoniously yanked from playlists.

According to Gilbert, “KHJ was the ‘boss’ radio station in Los Angeles at that point. Every week, they’d print the Top 30 weekly survey. At one point, ‘Acapulco Gold’ was No. 1 with an asterisk next to it that said, ‘Not suitable for airplay.’

“Stations didn’t think it was inappropriate until (radio performer and publisher of the Gavin Report) Bill Gavin wrote in his tip sheet that if you played this record on the air, you did stand a chance of losing your license, because it did proselytize drug use. Which was fairly obvious…

“Carter and I found ourselves in Los Angeles in the spring of ’67. I figured, ‘Hey, how often in your life are you going to have a record on the charts?’ I went back and got my degree later. We were sitting in a restaurant one day and George Carlin came up and shook our hands and said, ‘You’re the most courageous people in the United States.’ There was a moment when we were at the head of the parade, all over this little song.”

Gilbert and Carter were asked to write a song for another Uni act. They scored a national No. 1 hit with “Incense and Peppermints” by the Strawberry Alarm Clock.

During the early 1970s, Spiro Agnew led a Nixon administration strike against rock lyrics. In a much-reported speech, he explained that “Puff the Magic Dragon” was code for marijuana and the “friends” the Beatles were getting a little help from were illegal narcotics. His blacklist of 22 songs, compiled by a core of “concerned” generals of the Department of the Army, included “That Acapulco Gold.”

“We had our 15 minutes of fame,” Gilbert said. “It was a happy accident, or an unhappy accident—ultimately, the song broke up the band. We got pigeonholed into that kind of a sound, and nobody wanted to play that music.”

Carter went on to spend a dozen years as an artists and repertoire (A&R) representative at Capitol Records, serving as a kind of staff producer and overseeing more than 20 albums, including hit records by Sammy Hagar, Bob Welch and Tina Turner. 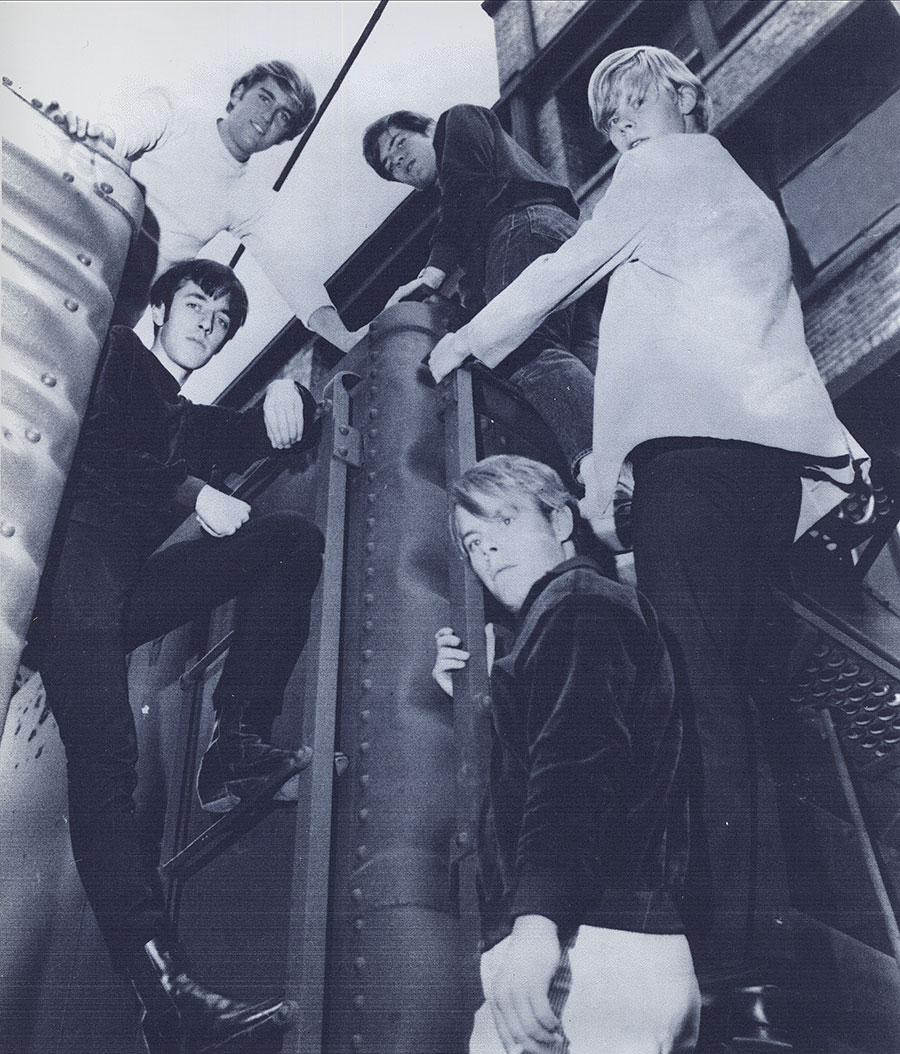