In 1976, Campbell arrived in Boulder from San Francisco, where he’d been turning out 16mm films and performing “sexually explicit” songs in small clubs with another guitarist/poet in a duo they called the Pits of Passion. One day Campbell was reading the University of Colorado bulletin board and noticed a card posted by student David Kaufman, who sought to form a reggae band.

“My interests were moving in that direction anyhow, so I called him,” Campbell said.

The Ravers’ nucleus was formed, and the five-piece band soon developed quite a cult following. The combination of reggae, ska, mid-1960s rock and high-volume tone poems set the Rocky Mountain music scene on its edge. This was at the very beginning of the New York/London punk explosion—and in Colorado, Firefall and the like still ruled the area’s numerous country bars.

The Ravers recorded “Cops Are Punks” at Boulder’s Mountain Ears Studio, and the single received national attention from the magazine Trouser Press. One fateful day, the police raided the band’s basement rehearsal hall, mistakenly thinking it was a bomb factory. Shortly thereafter, Campbell and Kaufman elected to search out wider vistas, and they moved the entire group to New York City. Years of steady gigging in the Manhattan clubs followed.

“We had a friend in real estate who let us use an empty five-story house on the Upper East Side. The bad news was that it had no furniture, so we all slept on the floor,” Campbell said.

Once transplanted, the group slowly began its transition to the Nails, mining the rich “American poetic tradition” also worked by Lou Reed, the Doors and Bruce Springsteen.

Campbell explained that the Nails’ music emanated from “a mystical and sexual area. I write in a cinematic way, trying to create through language and sound, texture and atmosphere, a specific mood. Each of the songs—little fictions, I call them—tells a story to explore those moods.”

Originally recorded for the 1981 EP Hotel tor Women, “88 Lines About 44 Women” was re-recorded and distributed nationally on RCA Records in 1984. The sardonic song made people everywhere sit up and take notice. Certainly, many members of the male species knew at least a few of the archetypal females in the lyrics, and a lot of women recognized themselves in the tightly compacted two-line life stories. The Nails had constructed a tune that took an unflinching look at real life in the New York tradition of Lou Reed’s “Walk on the Wild Side,” the New York Dolls’ “Personality Crisis” and Jim Carroll’s “People Who Died.”

Over the years, “88 Lines About 44 Women” has continued to appear on new wave compilations. In the late 1990s, a television commercial for the Mazda Protégé showed a group of hip twentysomethings driving a vehicle through a surrealistic cityscape accompanied by a vocal set to the Nails’ “88 Lines About 44 Women,” bemoaning the trials and tribulations of their workday lives. 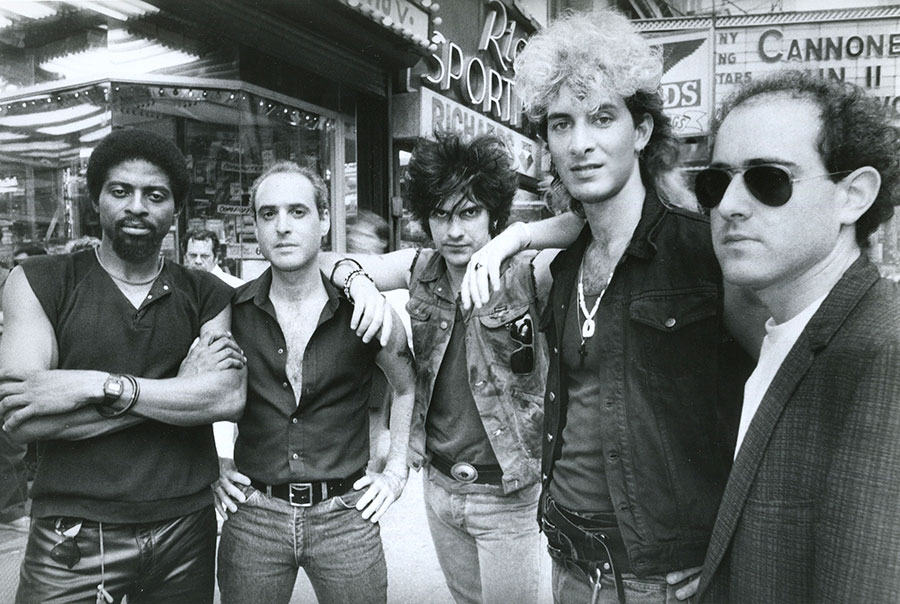