With the Top 10 single “Ho Hey,” the Lumineers left their indelible mark on pop culture. The push began in Denver, where the band members fostered their talents the old-fashioned way.

Singer and guitarist Wesley Schultz and drummer Jeremiah Fraites grew up in New Jersey; they started playing music together in 2005. In an effort to get noticed, they played open mics in New York City with the ambition of ascending to small clubs.

“We never got close to that,” Schultz admitted. “It was so cold and unemotional—people came in, saw their friends play and shuffled out. It was impossible to build something. I was working three jobs to play the rent.”

Schultz and Fraites relocated to Denver in October 2009. “In our naiveté, we thought we’d move to the middle of nowhere to find a fresh start and not worry about the cost of living—eliminate distractions and regain our focus playing music. The idea wasn’t necessarily to go to Denver. Sometimes you’re just drawn to a place. A couple of friends there were moving into a house that was half of what I was paying for an apartment in Brooklyn.”

Having come of age during the 1990s, Schultz and Fraites had run through grunge and other styles of music. By the time they took up residence in Colorado, the duo had started developing the kind of Americana songs for sitting comfortably on a front porch.

The Lumineers’ initial shows took place at the Meadowlark, an intimate basement club where the local songwriters cultivating Denver’s cozy folk-pop scene gathered. Schultz and Fraites performed at open-mic night every Tuesday, depending on word of mouth to fill the 72-capacity space. Their music landed on receptive ears.

“We started meeting unbelievable musicians—Nathaniel Rateliff, Paper Bird,” Schultz said. “If you’re a part of a community where people work with each other and care about each other and keep raising the bar for each other, that makes for great art. Coming from the ego that exists in the New York scene, where they don’t share a lot of information, I didn’t expect the Denver scene to be so fertile.”

Subsequent to placing a ad on Craigslist for a cellist, the Lumineers recruited Neyla Pekarek, a multi-instrumentalist and harmony singer. They released an EP and began to tour at homegrown places. “Ho Hey,” with its call-and-response structure and delusively cheerful chorus—“I belong with you/You belong with me”—emerged as one of the favored folky ditties.

“At house shows and most clubs, we were literally on the same level as the crowd,” Schultz said. “So halfway through our sets, we would carry our instruments into the audience and stomp our feet and chant to start ‘Ho Hey.’ It got people’s attention.”

The band signed a contract with Dualtone Records. “Our record was an extension of the demos we had done,” Schultz said. “But we took months in the studio—we didn’t like any of it. We almost left ‘Ho Hey’ off the album because it was so hard to get the live feel of the song. We re-recorded and remixed and remastered it until it sounded the way we wanted.”

After showcases at the South by Southwest festival, the band received favorable mentions in top newspapers (New York Times, Los Angeles Times, Chicago Tribune), and radio airplay picked up steam. After seducing the alternative format, “Ho Hey” made its mark on the pop charts, where its acoustic moves—folksy guitar, tambourine and handclapping—were encircled by electronic beats and synthesized hooks. The hit boosted the Lumineers into ubiquity—‘Ho Hey’ was heard during a CW’s Hart of Dixie episode, in a Bing commercial, on a Saturday Night Live performance.

“Back in Denver, our friends joked about not being able to get away from us,” Schultz said. “Every time they’d watch TV or go on YouTube, they ran into our song.”

The Lumineers’ self-titled debut album peaked at #2 on the Billboard 200 the week before the Grammy Awards; the band got two nominations, for Best New Artist and Best Americana Album. For tours, the members added bassist Ben Wahamaki and keyboardist Stelth Ulvang, and the group found itself leading the worldwide revival toward all things rootsy in popular music. The Lumineers’ second album, Cleopatra, debuted at No. 1 on the Billboard 200 in 2016.

“For years, we had the benefit of failure—success is a new venture for us,” Schultz said. “I take it with a grain of salt, because I know how fickle the industry is. We’re lucky—it would be greedy to wish for anything more.” 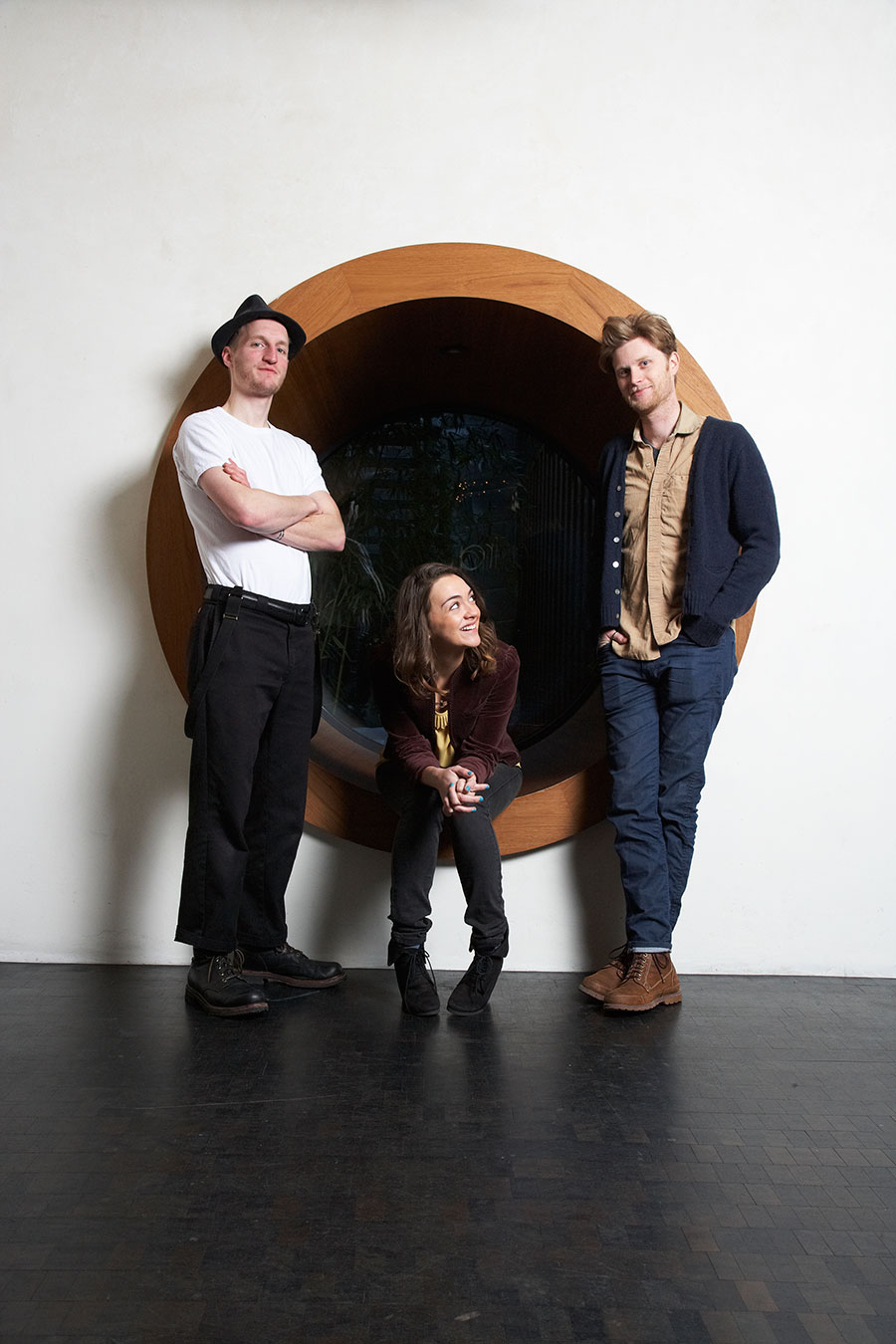