The Fluid and Spell

The Fluid had its roots in Denver’s early 1980s hardcore punk scene. Rick Kulwicki (guitar, vocals) and Matt Bischoff (bass, vocals) were in the Frantix and gained a measure of national notoriety with “My Dad’s A Fuckin’ Alcoholic,” a single that radio deejays wouldn’t even consider playing, let alone say the title over the air. James Clower (guitar, vocals), Garrett Shavlik (drums, vocals) and Bischoff were in White Trash. In 1985, rookie vocalist John Robinson joined up, and the Fluid debuted.

“They had a gig and were auditioning singers,” Robinson recalled. “In my own head, I thought I was sculpting myself to be a singer, but the Fluid was my first band. That had been my boyhood dream.”

The Fluid earned good reviews on a self-produced first album. A package was put together and mailed it clubs in the Midwest, where enough owners liked it to book the group.

“They weren’t willing to give us more than $100 or a pizza as payment, but that’s definitely what made us a national band and not so much a Denver band,” Robinson noted.

“We got out there continually and basically starved. That’s just what it takes. It’s not that you have to suffer for your art, but you have to be willing to sacrifice. There’s one underlying element that’s consistent—we enjoy playing live. It’s less of a work ethic and more of a passion.”

The Fluid started raising hell in the indie-rock world. The group was the first non-Northwest signing for Sub Pop Records, the tiny record label that launched Nirvana and other Seattle acts. The Fluid acquired a substantial following and significant success on college radio, with records charting high in the trade magazines Rockpool and CMJ and in the British weeklies. In addition to releasing three of the band’s albums, Sub Pop also put out a split 7-inch single featuring the Fluid and Nirvana.  But the Fluid’s appeal was more punk than grunge.

“Grunge is just a lot of screeching going on, with no competence in harmony and melody. Those pop things are what separates us,” Robinson said. “We’ve always had a hard time describing what our music is, even though it’s not that complicated,” Clower added. “We got lumped in with the whole grunge thing, but it’s always been pretty much straight-up rock.”

The sound was captured on Purplemetalflakemusic (1993), a wonderful, ugly roar of a debut on Hollywood Records, a Disney-backed label. The pumped-up track “Mr. Blameshifter” and the heavier “7/14” featured big, threatening guitars and Shavlik’s careening, driving beats.

But the Fluid’s career on a major label was brief.  Weak sales and a tour from hell killed the band.

“Signing to a major was the worst thing we could do. Once we got signed, we got lost in the shuffle,” Clower said.

“The majority of the team we were working with got fired, and we were left to deal with complete strangers who didn’t know what we were doing and vice versa,” Kulwicki noted. “We got sent out on the road and had zero communication, as this was before the days before cellphones and laptops. It was a difficult last tour for us. We never took a break from each other, and we should have. That’s what led to the demise of the band.”

Shavlik was the first to quit.

“I didn’t have my heart in it anymore,” he explained. “I would have rather had a page-turner than a roadie—I could have read Tolstoy while I was on stage. I still played my ass off, but I was bored. And I think everybody else in the band felt that way, too. We weren’t progressing. What we did was amazing, and I’m really proud to have been a part of that. But I was so lucky and fortunate to have the link with Spell.”

Spell took shape when Shavlik, who had penned much of the music and lyrics on early Fluid albums, lost his creative responsibility as Robinson started contributing songs. Out of boredom, Shavlik (who went to Boulder High) wrote some songs with Tim Beckman (of Rope, who went to Westminster High School) and Chanin Floyd (Beckman’s wife, who was in 57 Lesbian and went to Littleton High).

The trio formed Spell and it became Shavlik’s new project. The band’s tape circulated among friends in the music underground, and it landed the trio on the cover of CMJ as Best Unsigned Artist of the day. The phone started ringing.

The decision was hard on Shavlik, who had put in years with the Fluid. But he realized that Spell offered him the opportunity to test some new ideas with Beckman and Floyd.

“When I got back off the first jaunt of the Purplemetalflakemusic tour, I called up Tim and said, ‘I’m going to have to quit the band.’ ‘Aw, bummer, are you going out on another tour?’ ‘No, I’m quitting the Fluid’”

Spell signed to Island Records (home of U2 and Melissa Etheridge) and released Mississippi.

“Basically, the record is our demos from four different sessions over three years in Denver with a local producer—we just released the whole recording process. The hardest thing to get was the continuity.”

“Superstar” was one of the first songs written by the fast and loud trio. The boisterous, cynical take on fitting in led off with a hard power-pop guitar riff and a vocal sound similar to X and Sonic Youth. The song was added in eight markets, including Detroit and Boston, when it was sent to alternative radio stations. KTCL-FM played it in the Denver area.

“It’s very polarized. In some circles, we’re the little darling bastards of Denver,” Shavlik said. “It was special for the people who were there from the beginning—to them, we were a cool noise band with hooks. But the day the news broke that we signed on the dotted line, all of a sudden we were arrogant sellout rock stars.”

“Superstar” didn’t find a big audience. “I wish they could have made a better video—it was lame, just a performance shoot,” Beckman said. “MTV liked the song—they played it as a theme for their sport shows—but they wouldn’t show the clip. That’s okay. Everybody makes mistakes.”

In 2008, all five of the Fluid’s original members reunited to perform at Sub Pop Records’ 20th Anniversary Festival in Seattle and at selected dates in Denver.

“Once everyone talked to each other, it’s amazing that all it took was someone to ask us to do it,” Kulwicki enthused. “It was still ridiculously fun.” 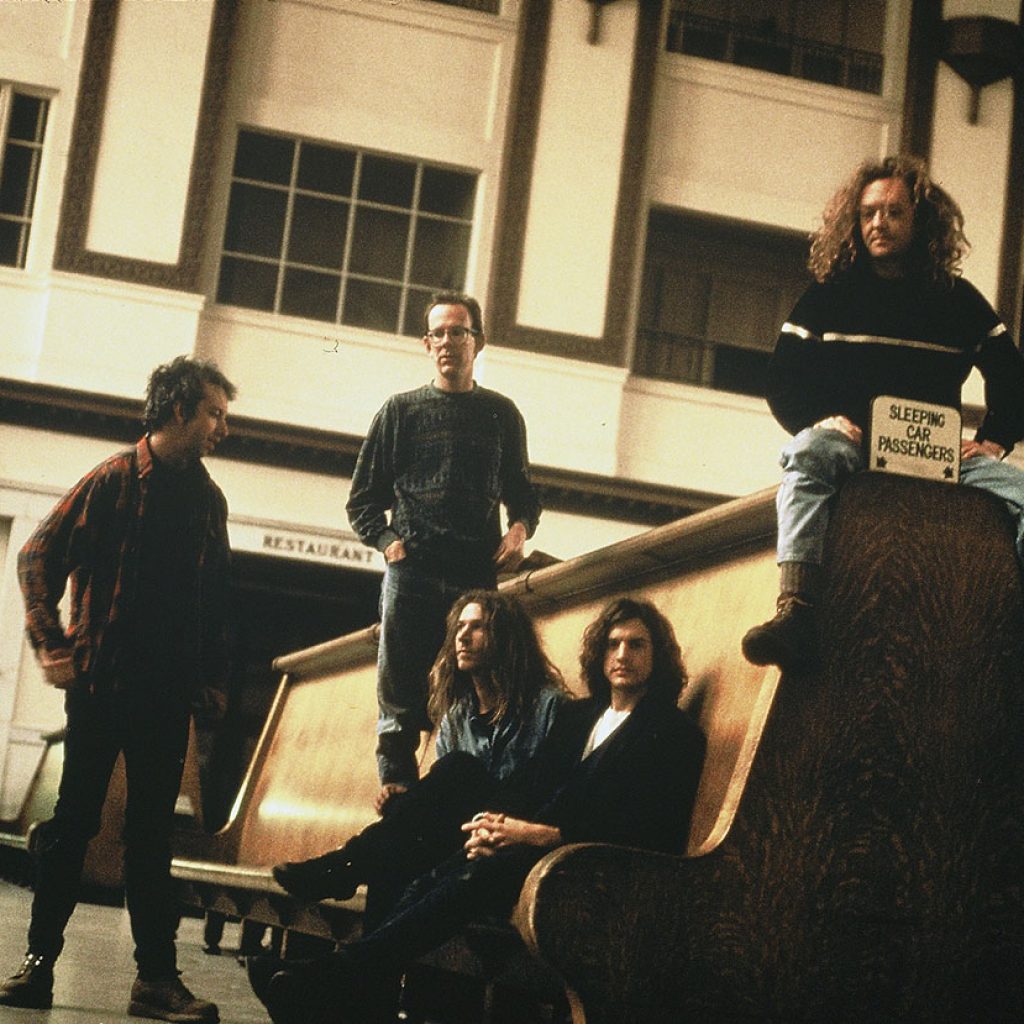