Five musicians who moved into Denver from the streets of Chicago, Stallion polished elements of western music with an upbeat city-bred approach.

“I joined the group late, in ’75,” lead singer Buddy Stephens said. “They flew me out because they wanted a singer. In those days you needed to add a high baritone so you could get the vocal harmonies.”

“Casablanca pushed us to fashion a little more of a rock sound,” Stephens said. “Casablanca was an image-conscious label—they had Kiss and popular disco acts such as Donna Summer and the Village People. We weren’t the tall, skinny rock stars that everybody loved. We dressed out as dudes, a bunch of city guys gone out west. Three of us in the band were balding, so they made us wear hats. I wore a $900 suit, boots and a multi-colored vest. I looked like Bat Masterson.”

Stallion was the group’s identity and its symbol. “Our logo was the Mile High Stadium horse,” Stephens said.

While most of the band members were relative newcomers to Colorado, Stallion took an interest in a humanitarian issue, choosing to adopt the cause of the Wild Horse Organized Assistance program (WHOA), designed to preserve the endangered wild mustangs in the western states. The group took on KIMN disc jockeys in a charity softball game at Mile High Stadium.

“We were trying to be worthwhile,” Stephens said. “We were like the group Chicago was when they first started out, a brotherhood thing.”

Stallion toured with Elvin Bishop and Styx, but the record company and management didn’t quite see eye to eye. The band broke up in 1979.

“We got a lot of advertising, got a lot of airplay,” Stephens noted. “I can honestly say we came about as close to ‘making it’ as anybody could, without doing so.” 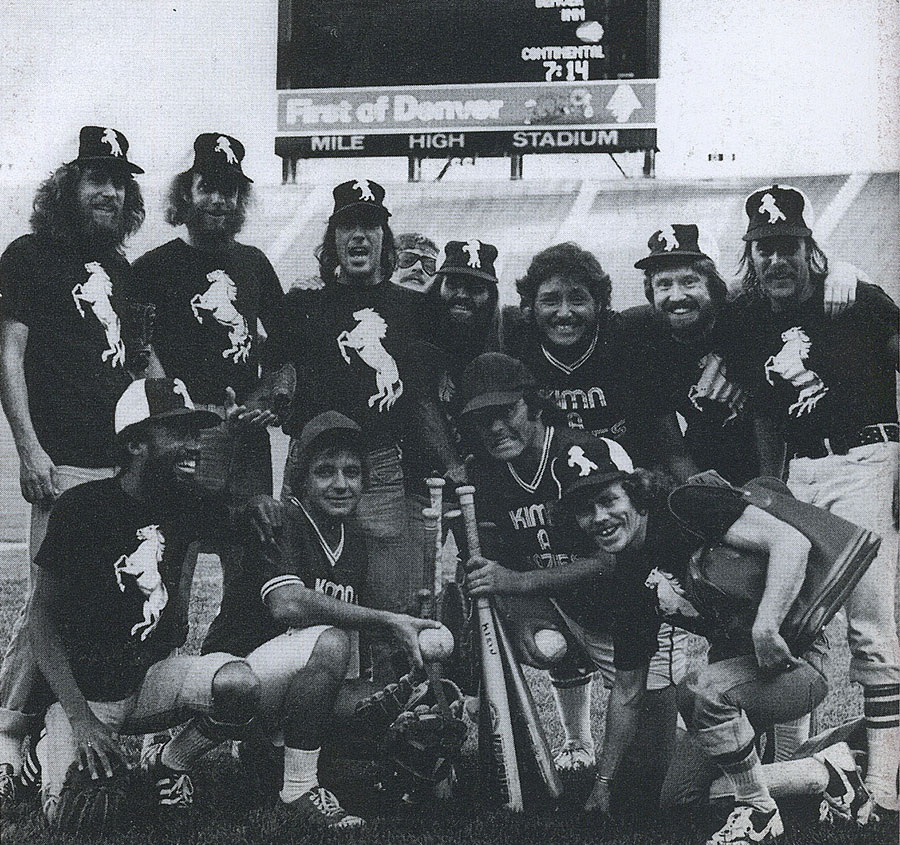