One of five children, Stacie Orrico sang at church and in school as a child. At home she listened for hours to pop divas and R&B artists while singing along in front of the mirror.

“I listened to Whitney Houston, Mariah Carey and Celine Dion,” Orrico said. “Lauryn Hill was my favorite musical influence, ever since I saw her in Sister Act II when I was in second grade.”

Orrico’s parents were Christian missionaries who loved travel, requiring the family to move frequently. In 1998, they lived in Louisville, Colorado, a small town just outside of Boulder. They decided to attend “Praise in the Rockies,” a Christian-music seminar held in Estes Park, a popular summer resort and the headquarters for Rocky Mountain National Park. With a friend’s encouragement, Orrico, who was only 12 at the time, entered what she thought was just a little competition for the fun of it. It turned out to be a much bigger event than she or her family realized, and much to her astonishment, she won.

An executive at ForeFront Records heard her limber and mature vocal style and approached her family about signing her to a development deal. Orrico’s family moved to Nashville for her career.

She had a big-selling debut release, Genuine, which held the No. 1 spot on Billboard’s national Heatseekers chart (listing titles by new and developing artists) and was a Dove Awards nominee for New Artist of the Year. Destiny’s Child took notice and invited her to be the opening act for a string of dates on the pop/R&B combo’s 2001 tour.

Orrico received comparisons to fellow teenage Christian artist Rachael Lampa, who debuted the same year. Lampa also grew up in Louisville and signed a deal with Word Records when she was 14. She won a Dove Award with the album Live for You and became a regular performer of the national anthem at Colorado Rockies baseball games.

“Then I had my second album ready to go to the Christian market,” Orrico said. “Two months before they were going to release it, Virgin Records came into the picture. They added a couple of songs.”

The secular label paired Orrico with some of the top producers in the business, including Dallas Austin (TLC, Pink) and Virgin CEO Matt Serletic (Santana, Matchbox Twenty, Aerosmith).

“Stuck” was the first single from Stacie Orrico. The sassy, catchy tune had a slick urban flair—especially the hook, “I hate you, but I love you, I can’t stop thinking of you”—and it was the No. 1 most-added song at Top 40 radio in its first week, according to Radio & Records, a trade journal. Not bad for a single released to mainstream radio from a Christian artist.

“Stuck” climbed the Billboard Top 40 and was in the Top 10 on MTV’s Total Request Live. It became a bigger international hit, reaching the Top 5 on the majority of the world’s charts. “(There’s Gotta Be) More to Life”, the second single, debuted at #30 on the Billboard Hot 100. The 17-year-old songstress was sent off on a whirlwind of touring, promoting and recording. Still a teenager, she was driven out of the music business for a few years by the demands of a successful career. After a break from the public eye, she started recording again.

“Life has definitely changed a lot since I was living in Colorado,” Orrico said with a giggle. “I don’t know that I would sit down with every parent of a talented child and say you should try to get them record deals when they’re twelve. It has the potential to be a very dangerous industry, and my whole life was so abnormal starting at such a young age. I never went to high school, didn’t go to proms, didn’t play sports. At the same time, I feel very fortunate to have experienced more places than a lot of people get to in an entire lifetime.” 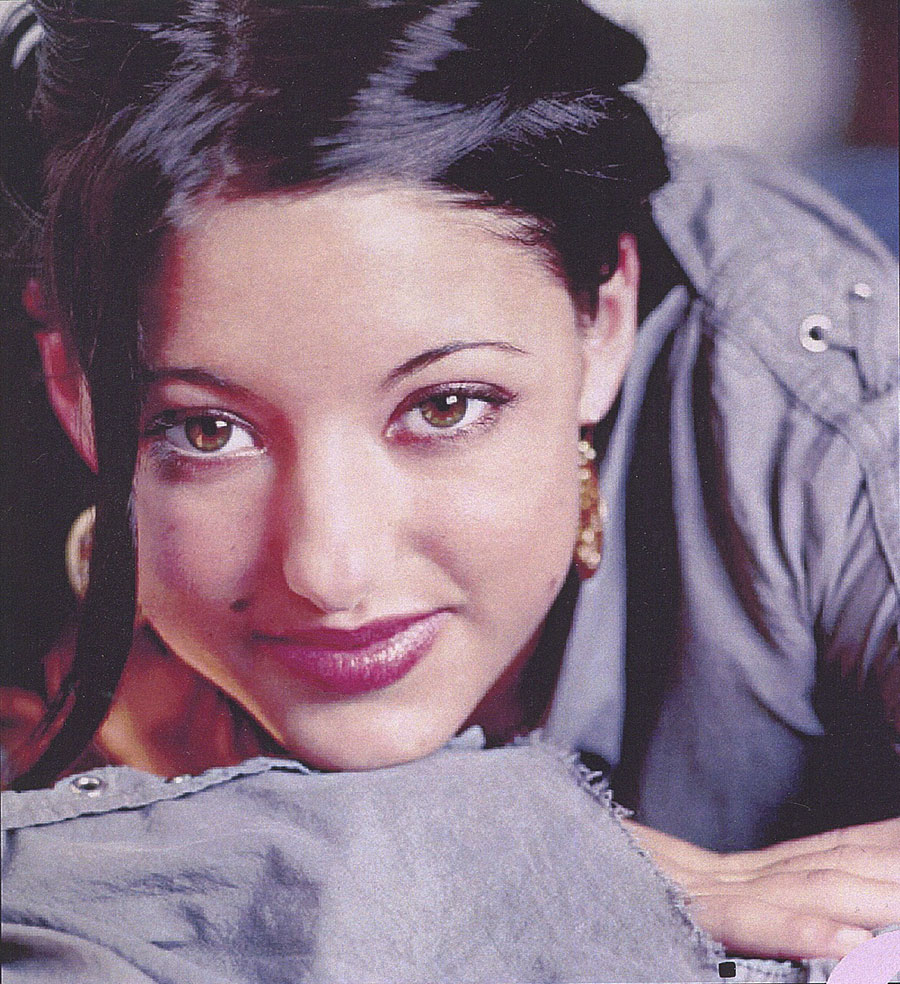