Through hard work, unswerving dedication and frontman Sloan Anderson’s cheeky charm, the likable power-pop punks of Single File drew the attention of a major label before concluding their career.

But they took separate paths after graduation in pursuit of higher education and stable career paths, living in different states. In 2003, Anderson and Ginsberg reunited in Los Angeles; they recorded an EP and then coaxed Depew to join them. Playing pop punk, the three members spent a chunk of their twenties tooling around the nation in a cargo van and trailer.

“We didn’t know dick about what we were doing, other than the desire to get out and play for people,” Anderson said. “We knew it was a long uphill battle trying to learn the ropes without having a mentor or outside figure. Once we finally discovered marketing on MySpace, we’d have fans bring us non-perishable canned goods and Top Ramen—that’s what we lived off of for the first two years of touring. We’d give them free merchandise, but we spent every penny we had keeping the gas tank full.”

“We had the music written for a long time—Joe came up with this cool guitar part—but I had no idea what I was going to write or sing over it,” Anderson said. “The night before we recorded it, the lyrics fell out of the sky. It was one of those divine moments for me—‘Thank god we didn’t waste all this money in the studio.’ It came together and everyone loved it. We knew it was one of our strongest songs and had a fun vibe.”

Denver modern rock station KTCL heard “Zombies Ate My Neighbors” and added the pop-punk gem to its rotation. The single became a local smash, and soon Single File was playing packed clubs and theaters across Colorado. Reprise Records got wind of the trio’s growing popularity, and the band inked a deal with the label in 2007. No More Sad Face, an EP featuring “Zombies Ate My Neighbors,” hit #43 on the Billboard Top Heatseekers chart.

The band entered the recording studio with famed producer Howard Benson, but capturing the music’s potential proved elusive. Finally, Single File’s full-length debut, titled Common Struggles, was slated for release in April 2009. The lead single, “Girlfriends,” was serviced to Denver radio a month early, to show appreciation for the music community’s support. The future was bright.

“Several songs on that record had been hits in Colorado for months on end, so there was something good going on,” Anderson said. “But the label was in serious financial turmoil, and they laid off half their staff and turned their backs on a good majority of their smaller bands. We got kicked to the sidelines—no radio campaign, nothing. It was just heartbreaking to go back to the drawing board.” 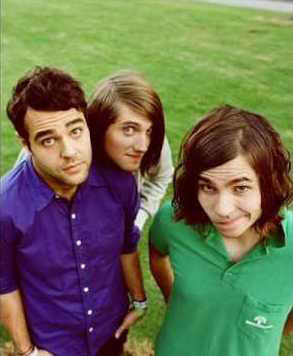