When the world of popular music became just a mouse-click away, Colorado’s Pretty Lights—the creation of Derek Vincent Smith—built a following by offering his music for free.

Smith spent his high school years in Fort Collins playing bass in rock bands and composing hip-hop tracks. He dropped out of the University of Colorado during his freshman year to focus on his music.

“Growing up in a small city in Northern Colorado, I was exposed to a bunch of styles,” Smith said. “The punk scene was pretty big. The underground hip-hop scene blew up—I was able to open for every touring act that came through, and a lot of times they’d come to the after-show party at my house. The rave scene was popping—I got exposed to DJ culture and the sub-genres of electronica. That melting pot is why I piece different styles together in my music.”

Smith’s music resulted from pulling bits and pieces from many genres, and transforming it into a combination of self-described glitchy hip-hop beats, buzzing synth lines and vintage funk and soul samples.

“Some people think artists who sample are thieves who don’t have enough creativity to make music on their own,” Smith said. “But I always try to use samples in a distinctive way—different records and genres can evoke fresh styles and emotions.”

Smith made his recorded debut as Pretty Lights in 2006, making his music available for download without a fee on the official Pretty Lights website. The response was astounding—in a matter of weeks, his site received almost a million hits.

“I want to download music and not pay for it, and so do a lot of people,” Smith explained. “So I took a gamble and gave my music away via the Internet. Instead of trying to make a minimal amount of money from selling it, I wanted to get it out to as many people as possible. And it turned out to be a good move—the word-of-mouth about it being free picked up momentum. I had no idea it would let me make a living off of touring.”

By 2009, Pretty Lights had sold out five consecutive Front Range shows at the Aggie, Boulder, Fox, Gothic and Ogden Theaters; Smith then played a headlining date at Red Rocks and crisscrossed the country at major music festivals such as Bonnaroo and Rothbury, drawing a wider audience.

The electronic dance music hero released three albums in 2010, posted as free downloads, and took the production of the live show to a full-scale, mind-bending, psychedelic visual experience; stops that year included the Coachella, Ultra, Movement and Electric Zoo festivals, which sold hundreds of thousands of tickets.

“It’s had an impact on the way I create music,” the EDM mastermind admitted. “I made Passing By Behind Your Eyes while I was on tour, during the time between shows in airport gates and airplanes, hotels and green rooms.”

Pretty Lights returned in 2013 with A Color Map of the Sun, Smith’s first new material in over three years. Rather than sampling vintage vinyl records for his elements of folk, blues and jazz, he recorded with musicians—the Harlem Gospel Choir, members of the Preservation Hall Jazz Band and the Treme Brass Band—and pressed the resulting sessions on vinyl. He then reused them to construct the Pretty Lights sound. The first Pretty Lights album to be released digitally and physically on the same date, A Color Map of the Sun peaked at #24 in the Billboard 200. 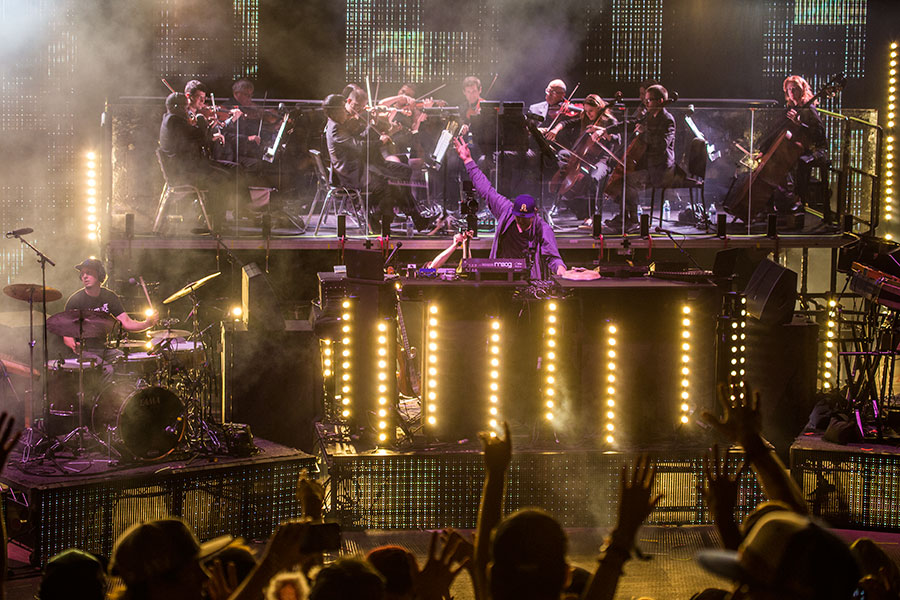