Chris Wood is one-third of Medeski Martin & Wood, one of America’s hottest instrumental groove bands and a surprising pop music phenomenon—an organ-bass-and-drums trio with neither a guitar nor a vocalist. The youngest kid in the band, he’s remained humble, perhaps the lingering affects of a Rocky Mountain high.

When he was six years old, Wood’s family moved to Boulder, Colorado, where he studied composition and classical bass. During his teen years, he signed on with a musicians service that would mix and match random professional musicians (many of them much older and more seasoned) with a huge songbook that included country, pop, ethnic and jazz standards. He would play at bar mitzvahs, weddings and corporate events in Denver, gaining fantastic practical experience. Wood was voted “Most Musical” by his senior class of Boulder High School. After graduating in 1988, he left for the East Coast.

“I expected to spend years as an obscure sideman for some famous jazz musician,” Wood said. He envisioned toiling most nights in New York nightclubs or on tour in Europe and Japan, where there’s more money and greater appreciation for the genre.

Then Medeski Martin & Wood did the unthinkable. “We attacked our career more like a rock band than a jazz group,” Wood said. They loaded up the van and took to the road, crisscrossing the country on a mission of groove. The three-piece instrumental outfit began building a considerable cult fan base nationwide, much the same way Dave Matthews Band, Phish and Blues Traveler had. They played to a storm of interest among college-age crowds.

It exploded with the help of Phish, which played Medeski Martin & Wood tapes before its concerts. MMW’s fourth album, Shack-Man, debuted at No. 7 on Billboard’s jazz chart and No. 34 on the Heatseekers chart. It was No. 19 on Billboard’s Top 25 contemporary jazz albums of 1997.

In addition, MMW contributed to numerous other projects, both as sidemen and leaders. Circa 2005, Wood formed the Wood Brothers with his sibling, guitarist Oliver Wood, who also grew up in Boulder but had moved to Atlanta and soaked up the origins of blues. They continue to tour and record together, channeling the influence of American roots music. 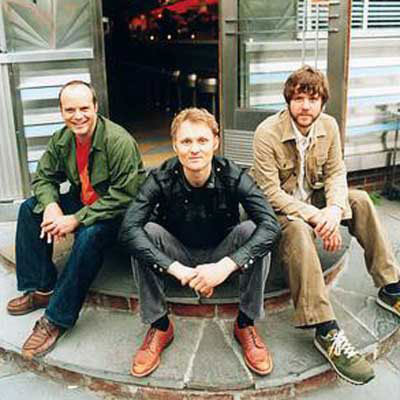