Colorado’s Matt Morris made an indelible mark on pop culture with a breakout performance in front of millions of TV viewers.

The son of country music star Gary Morris, who had a string of hit records in the 1980s and starred on Broadway, Morris stayed in Denver with his mother when his parents split up when he was still an infant. Family support led to his stint on TV’s The All-New Mickey Mouse Club in the early 1990s. His fellow Mouseketeers included future pop icons Justin Timberlake, Christina Aguilera and Britney Spears.

“As a kid, I loved to sing—when I wasn’t forced to be talking about something else, you’d hear me singing,” Morris said. “I also enjoyed sketch comedy as a kid; I participated in a group called Kidskits at the downtown Comedy Works. That was a chance to act, to be funny, so the idea of performing on a television show that would allow me to sing and act professionally was a dream. I auditioned at age 11. Out of over 20,000 kids in the U.S. and Canada, they whittled it down to ten.”

Morris came back to Colorado to attend Kennedy High School. He began working on music, setting his own pace out of the spotlight. It wasn’t long before he was co-writing hits such as “Miss Independent” by Kelly Clarkson and “Can’t Hold Us Down” by Aguilera. Pop star Timberlake, his close friend since their Disney days, decided Morris should be the debut artist for his label Tennman Records.

“I had put out an independent record, UnSpoken, in 2003,” Morris said. “Justin and I had known each other as singers and performers, but those recordings gave him a sense of my diverse artistry in the studio. Working with him was an ideal situation. I knew that, through that partnership, I could maintain creative freedom.”

When Everything Breaks Open was co-produced by Timberlake and highly regarded guitarist Charlie Sexton. Morris wrote many of the lyrics with his partner, whom he married in California when same-sex marriage in the state was legal. The album’s strong point was Morris’ striking vocal range.

Timberlake invited the tattooed Denver singer-songwriter to perform on the Hope for Haiti Now telethon on January 22, 2010, a highlight of the star-studded night. With Timberlake, Morris presented an impassioned rendition of Leonard Cohen’s “Hallelujah.” According to Nielsen SoundScan, the heartfelt cover notched 64,000 downloads in just two days, leading the pack on digital singles sales from the event’s performances; the track went to No. 1 on the iTunes music chart and shot to #13 on the Billboard Hot 100.

“Being a part of that was a gift on many levels,” Morris said. “I hadn’t had a lot of opportunities to perform on stage with Justin and Charlie. And, personally, it was a timely reminder of what music is capable of doing in the world, that it has a greater cause. It’s larger and broader than a means to entertain. It’s a tool for connecting people in their hearts to one another. If you do that effectively, a positive change can happen in one single moment. I believe we created, with a very reverent intention, that moment for ourselves and for a lot of other people.”

Morris’ career was taking off, and When Everything Breaks Open sparked national interest, reaching #99 on the Billboard 200 chart. But the album spawned no hit singles to drive it. Tennman Records let Morris go, and he parted ways with his manager of ten years. He announced he was scaling back and continuing to write songs for other artists. 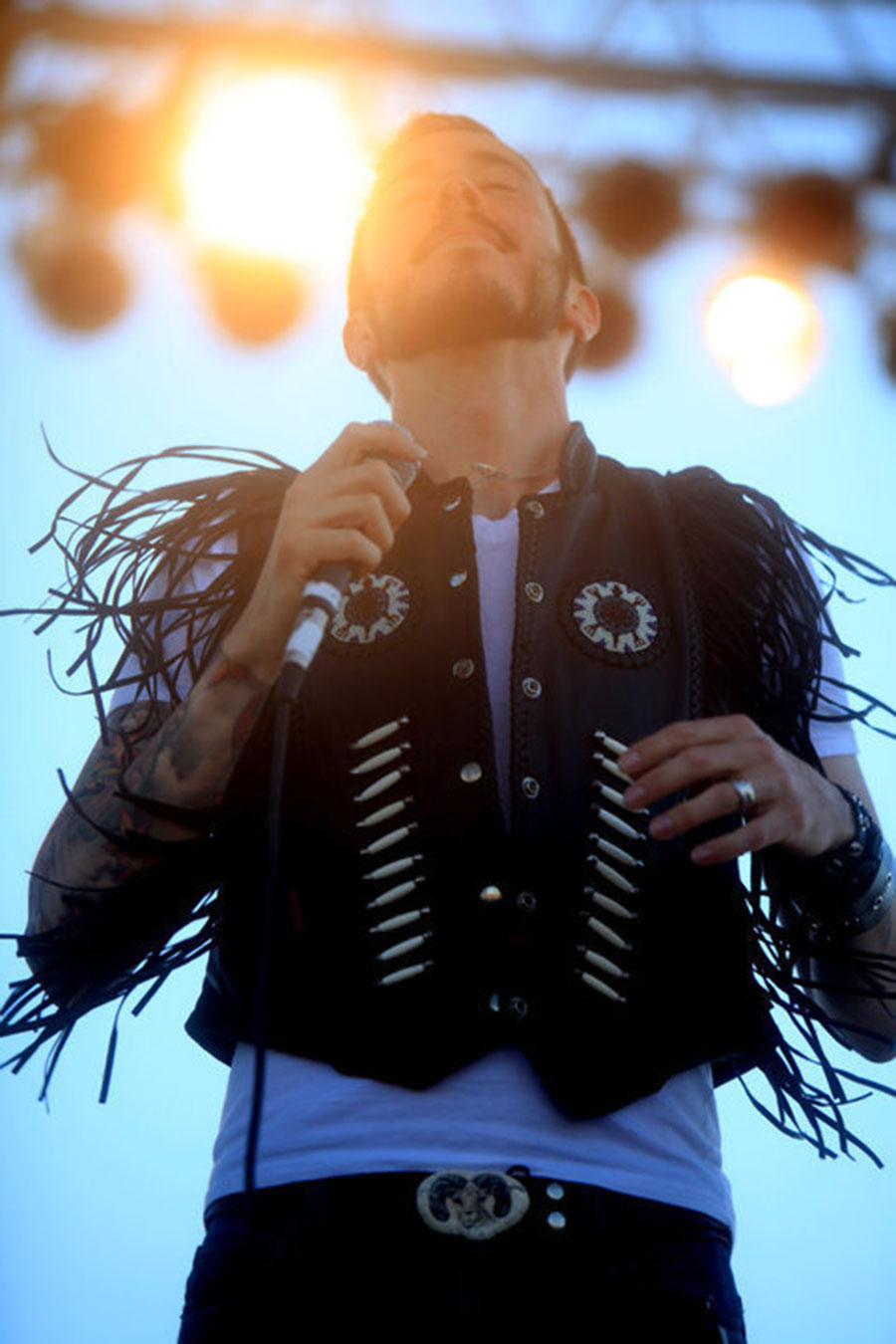