In 1997, Britain’s Chemical Brothers reigned as the kings of electronica—pulsing dance music with frenetic beats, lots of computer or synthesizer treated sound effects, minimal vocals and a generally ecstatic ambience. Unlike many of their brethren, “Chemical Brothers” Ed Simons and the bespectacled Tom Rowlands understood the potentially psychedelic nature of electronic music. On Dig Your Own Hole, (a U.K. No. 1 album), the track “It Doesn’t Matter” was a high-tech adaptation of a 30-year-old Lothar & the Hand People song, “It Comes on Anyhow.”

Lothar & the Hand People were the first rockers to tour and record using synthesizers, thereby remaining a touchstone for many contemporary electro-warriors. The musicians came together in Denver in 1965. Singer John Emelin, a native of New York State, had already embraced the burgeoning East Coast folk scene before heading west to study at the University of Denver, where he decided to form a group.

“We played our first professional gig on New Year’s Eve in Aspen,” Emelin said. “We all called our parents on New Year’s Day of 1966 and told them we were dropping out of school.”

Lothar was not a person but a theremin, an electronic wand that uses an oscillator to translate nearby physical movement into woozy, high-pitched sounds. The electronic space-age sounds heard in so many vintage horror movies were produced by a theremin, and it also formed the basis for the eerie whistling in the Beach Boys’ classic “Good Vibrations.”

“We were just looking for a freaky name, and it got hung on our theremin, the first electronic performance instrument, invented in the ’20s,” Emelin said. “It’s a wood box with a metal aerial protruding from one end. As you move your hand to the aerial, the frequency goes up. Move father away from the aerial and the frequency goes down. You could control the circumference of this field, and if you got really good at it you could make it sound like a violin or a human voice.

“We had the idea that it would be possible at some point to have whole bands with synthetic sound rather than instruments. In 1966, that was a relatively weird idea.”

For the next six months, Lothar & the Hand People played exclusively in and around Denver—their stomping ground was the Exodus Club—but they eventually found themselves rather restricted. For what proved to be their last gig in Colorado, they were the support act to the Lovin’ Spoonful at the Denver Coliseum. They made a strong impression on the headliners, who suggested a move to New York. The band won a respectable following there in the fall of 1966, becoming part of a fascinating subculture.

But their hopes were sadly slow in being realized. The band did two albums of atonal and staccato material for Capitol Records—1968’s Presenting Lothar & the Hand People and 1969’s Space Hymn. In Denver, KMYR played “Machines” and “Sex and Violence” from the first album, but there was no other chart action. Singles failed to sell outside New York.

“They gave us every chance in the world, I must say,” Emelin said. “Those were the days when record companies would sign people with the idea that it would take them two or three albums to get used to the process, and they’d see what happens. It was a time when anyone who had an idea, no matter how wild, could probably get the backing to do it.”

Someone at Capitol must have carried a soft spot for the band, as Presenting… was repackaged as a budget album in the mid-1970s. By then, it was too late for Lothar & the Hand People, who had gone their separate ways circa 1971.

For “It Doesn’t Matter,” the Chemical Brothers “sampled” a passage from “It Comes on Anyhow,” Lothar & the Hand People’s early and strange experiment with electronics—a sound-effect-laden tape loop on which Emelin repeatedly chanted, “It doesn’t matter”—and added a whopping, thumping dance track to it. As a result, the English spin-jockey duo shared the songwriting credit with two Lothar members, Emelin and Paul Conly, who were pleased with the recognition.

“That was our most advanced and free-form piece,” Emelin opined. “We’re really happy that, 30 years later, someone used our music on a record. That’s a long span.

“We were a little too far ahead of our time.” 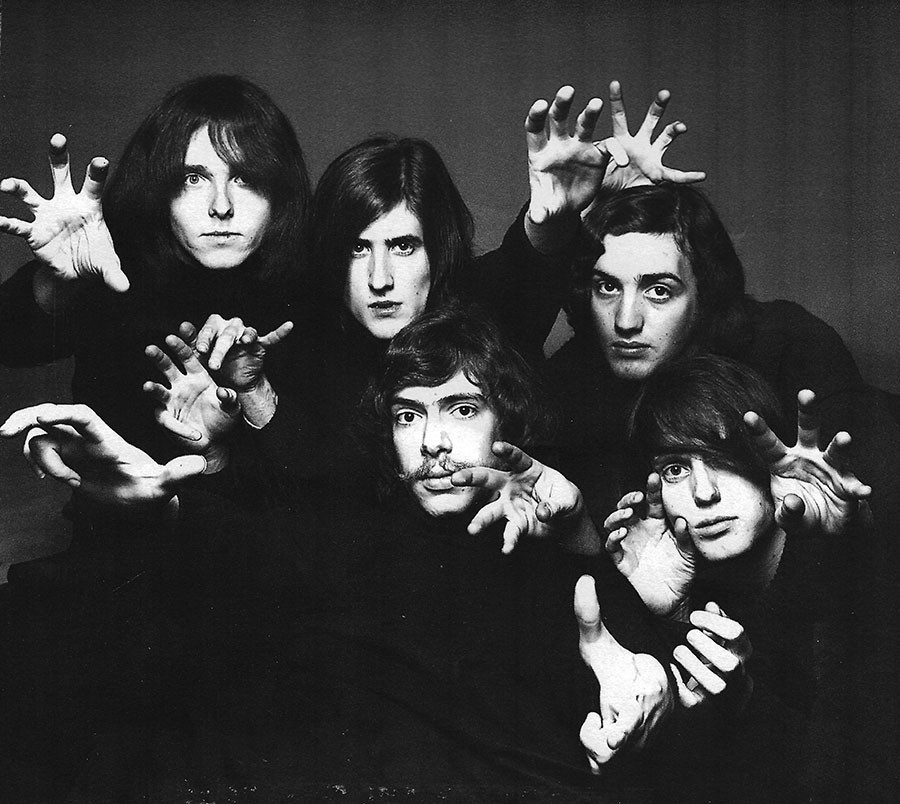