Led Zeppelin took a calculated risk in leaving London to come to America in 1968. The band had no album out yet, response from the press in England was mild, and three of the group had never been to America before and didn’t know what to expect.

But manager Peter Grant’s strategy was simple—it was still worth the risk to go out and play, to see if they could create some excitement that might snowball into an avalanche. Grant had five years of experience in the United States with bands like the Yardbirds and the Animals. He felt he knew which American cities would maximize Zeppelin’s exposure.

He saw an opportunity when the Jeff Beck Group, managed out of the same office, cancelled an American tour with Vanilla Fudge. He called the upset promoters and talked them into a new group.

Then Grant had to convince the members of Led Zeppelin to leave their warm homes on Christmas Eve for parts unknown.

“I was 20 years old, and Christmas away from home for the English is the end of the world,” singer Robert Plant explained.

But Led Zeppelin packed its bags, ready to test America’s waters. The band’s flight from London departed for the Los Angeles airport on December 23. Plant was incredulous.

“L.A. was absolutely devastating for me,” he said. “I was too young to go into any bars—not that that was the first thing I thought about. I had no idea what to expect—American TV in England was Dragnet or a U.S. cop thing. It was the first time I saw a 20-foot-long car.”

The morning after Christmas, Led Zeppelin headed back to LAX, boarding a TWA flight for Denver. That night they met up with bass player John Paul Jones, who had arrived on a separate flight from New Jersey, where he and his wife had spent the holidays.

They assembled downtown at the Auditorium Arena and began their first U.S. tour. They paced nervously, biting their fingernails. Plant and drummer John Bonham tried to stay calm backstage.

“Colorado was so beautiful and gentle compared to L.A., but I was petrified by the hugeness of the venue,” Plant said.

“Neither Robert nor John nor John Paul had played in a really big hall like that first performance,” guitarist Jimmy Page recalled. “Since I’d toured with the Yardbirds, I was the only one who knew how big the places would be, even though we were only opening the show. I just tried to boost morale.”

Led Zeppelin wasn’t even listed in advertisements for its first U.S. concert—the bill was Vanilla Fudge and Spirit. The band performed an hour-long set on a revolving platform that night, introducing their powerful personalities and unprecedented sound—“Good Times Bad Times,” “Dazed and Confused,” “Communication Breakdown,” “I Can’t Quit You Babe,” “You Shook Me,” “Your Time is Gonna Come.”

After Led Zeppelin sprinted from the stage, Plant reached into a cardboard container filled with spareribs from a local restaurant.

“I couldn’t believe that the promoter could charge for food backstage,” he laughed.

Denver was only the beginning. Led Zeppelin spent the next year and a half on the road, including six separate tours of American that featured the band as headliners on most nights, earning its fortune and a reputation for bawdy mayhem and excess. Between 1969 and 1980, the Zep released nine multi-million-selling albums and reigned as the No. 1 hard-rock band in the world. 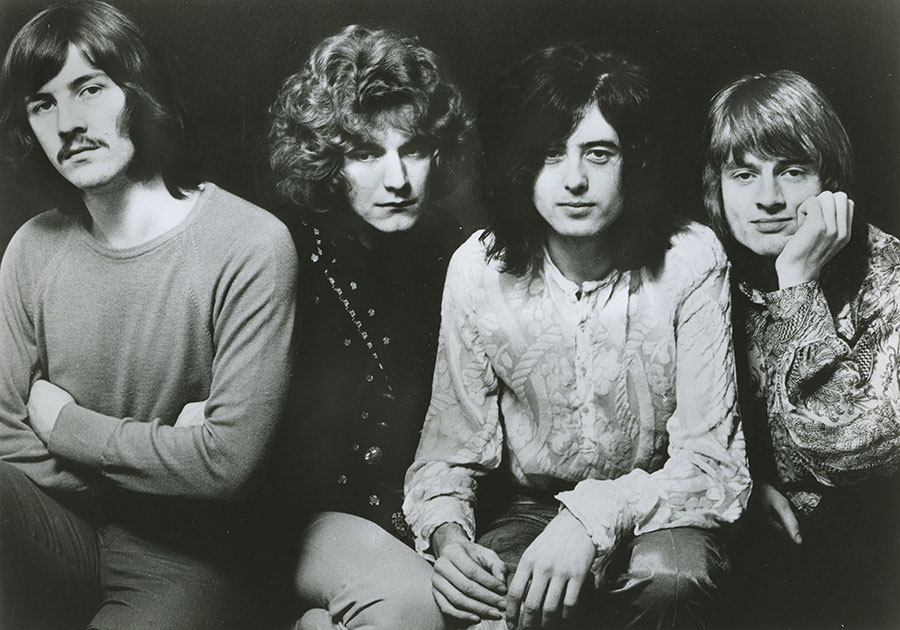