Katie Herzig’s lovely, confident voice and songs have embellished numerous films and television shows, as well as her own critically acclaimed albums.

Herzig’s family hailed from Fort Collins, Colorado, where she attended Rocky Mountain High School. While enrolled at the University of Colorado in Boulder, she formed Newcomers Home with Tim and Laurie Thornton and Andrew Jed in the summer of 1997.

“We were leaders of Young Life, a non-denominational Christian ministry for high schoolers,” Herzig said. “We would play in churches and we would also play in bars and coffee shops. For a while, we didn’t have to think too hard about it. Then the bigger we got, the more we were socialized to be concerned about being advertised too much as a Christian band, because people wouldn’t want to hear us. And it also got harder to play in churches, because we weren’t exactly writing worship music. We tried to focus more on being a band that anyone would come to see.”

Initially, Herzig suffered from stage fright and confined herself to singing backing vocals and playing percussion. She eventually began to play the guitar and became a lead singer. Over time, Newcomers Home’s music became more pop-influenced.

“We were purists in the beginning, wanting to be very acoustic and folky,” Herzig said. “We had a large debate on whether or not we should have an electric guitar in our band. Eventually we got more rocked out.”

In 2004, Herzig released her first solo album, Watch Them Fall.

“At the time, it was a needed outlet for me,” Herzig said. “There started to be a lot of extra songs that I wanted to do something with. In the process, I discovered how much fun it was.”

Newcomers Home broke up in 2006, leaving Herzig free to pursue her solo career. She released a second album, Weightless, which she made using Pro Tools and instruments that she borrowed from friends.

“I recorded over several months in my basement bedroom in Louisville,” Herzig explained. “It had to be a solo endeavor—I found that I could do everything on my own.”

Herzig collaborated on “Jack and Jill” with veteran singer-songwriter Kim Richey, and two other tracks from the album, “Fool’s Gold” and “Sweeter Than This,” were featured on the popular television series Grey’s Anatomy. After the release of Weightless, Herzig moved to Nashville and broke into its indie music scene, playing gigs and writing new material. She collaborated with Ruby Amanfu on “Heaven’s My Home,” which was performed by the Duhks. The song was nominated for a 2007 Grammy award for Best Country Performance.

“It was a rainy day,” Herzig recalled. “I had this guitar line in my head, so I kept playing it over and over. Ruby was sick that day and had a stuffed up, groggy voice, so I have some drug companies to thank for the song. There was something about it that felt aged and familiar, like it wasn’t written in this decade.”

Songs from Herzig’s albums Apple Tree (2008) and The Waking Sleep (2011) were featured in movie trailers and soundtracks, network television programs and commercials; 2014’s Walk Through Walls peaked at #12 on Billboard’s Top Heatseekers chart.

“You have to want it—be persistent and play and play,” Herzig said. “If you’re doing something that people like, you start to get recognized for it.” 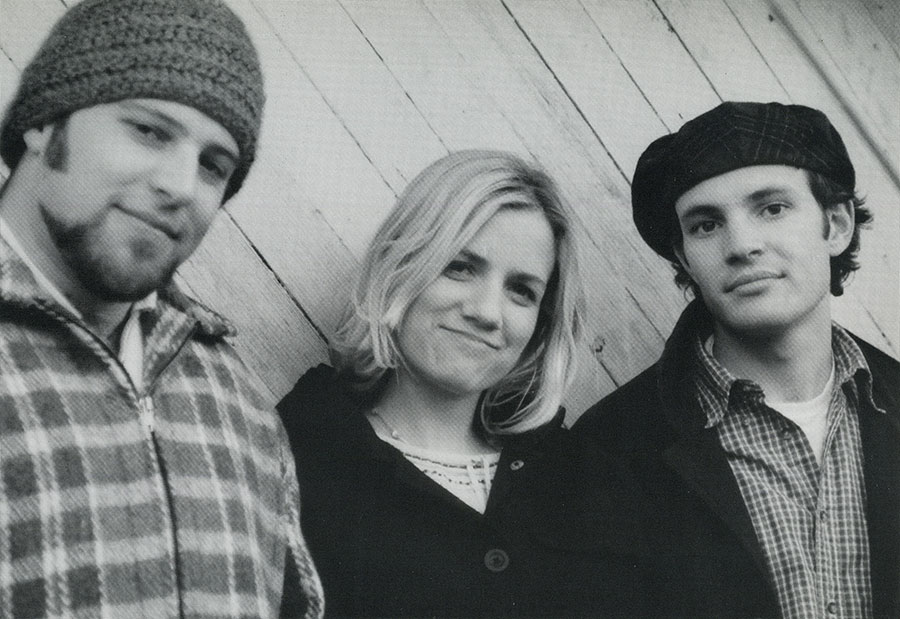