Growing up in Colorado, Jinx Jones spent his teen years playing guitar and singing at Christian youth dances around Denver. He moved on to perform at long-departed 3.2 beer clubs such as My Sweet Lass, Dirty John’s and Sam’s. It was the 1970s, and his bands had names like MacBeth, Waves and Emerald City.

By the early 1980s, an original music scene began to brew, and for the rest of the decade, Jones was ubiquitous. If he wasn’t fronting one of a half-dozen bands—from Jinx Jones & Friends to the Tel Rays to the Blue Jets—he was backing Chuck Berry at a local gig or tending to his own retail establishment, Cadillac Guitars.

Jones was partial to a pink Stratocaster and a retro wardrobe pulled from the racks at Value Village, and he had a handful of varying musical allegiances. After bouncing from rockabilly to funk to everything in between, Jones had done all one musician could in Colorado. As the 1980s came to an end, he packed up his guitars and moved to San Francisco.

“One day, I just impulsively decided to pull up stakes and move out of town,” he said. “My intention was to get into a different musical environment, get into the record industry in a bigger way.”

Jones fulfilled a lifelong dream when producers Denny Foster and Thomas McElroy recruited him to tackle both guitar and bass duties on En Vogue’s 1992 breakthrough album, Funky Divas. One day in the studio, Foster and McElroy had Jones piece together a heavy funk track inspired by Funkadelic’s “Free Your Mind and Your Ass Will Follow.” Jones played everything but the drum machine on the song, but the label worried that the song was too aggressive and balked at putting it on the album.

The execs relented, and the tune—“Free Your Mind”—became one of En Vogue’s biggest smashes, making No. 8 on Billboard’s Hot 100.

“Then they were getting ready to take it out on the road. My wife was pregnant, and she basically told me that if I went out with those four good-looking black women, she was going to leave me,” Jones said with a laugh.

“Spending years and years playing music is a wonderful journey. You get to sample a lot of different great experiences. One thing I really wanted to do was participate in a recording that would be on everyone’s radio. And I was very lucky to do that.” 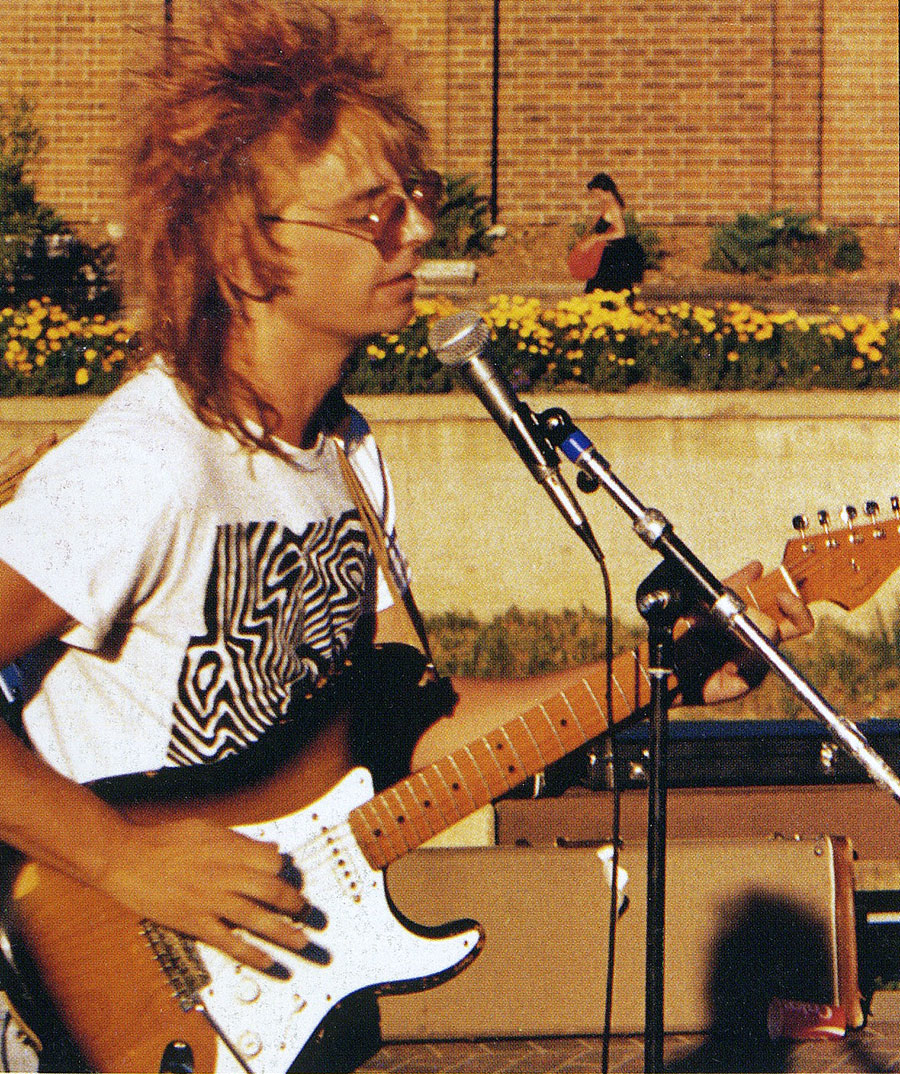