Raised in Alabama, Jimmy Buffett had never seen the mountains until a friend from Colorado’s Timberline Rose turned him on to the Rockies.

“I was a preacher of humidity and living in that swamp gas environment. I had been up to Montana to visit people, but I hadn’t spent a long period of time out West,” Buffett said. “Denver was the first place I went on tour. I got out of humidity and came to the mountains to play. The Cafe York on Colfax was my first gig in Colorado.”

Dressed in Levis and a cowboy shirt, his hair long, Buffett carried his two Martin guitars from the small coffeehouses to college campuses. There, with a distinctive southern-flavored accent, he entertained. “No flashing diamond rings, no skin-tight tuxedo, no Las Vegas marquees”—just sharing an honest talent with his audiences.

“I lived in a little sleazy hotel in metropolitan Denver, and then I went to the mountains, as everybody has done—up to Evergreen, Bailey, then Breckenridge where I did the summer mountain circuit, having a glorious time. I wound up the tour in downtown Pueblo, not known as the most beautiful spot in Colorado. But seeing every side of Colorado eventually led to me settling there for a while.

“Circa 1971, when I was doing my mountain touring summers in Colorado. I’d gone out to San Francisco and was living in a Howard Johnson’s in Marin County. I left my girlfriend, who later became my wife, in Aspen. I was thinking about her and I wrote ‘Come Monday.’”

Buffett became an Aspen resident for many years. “Most people always consider going to Colorado for the winter, but my attachment was a summertime thing,” Buffett testified, having made yet another survey of Aspen’s bars. “There’s so much to do.”

The song “A Mile High in Denver” appeared on Buffett’s Before the Beach album. 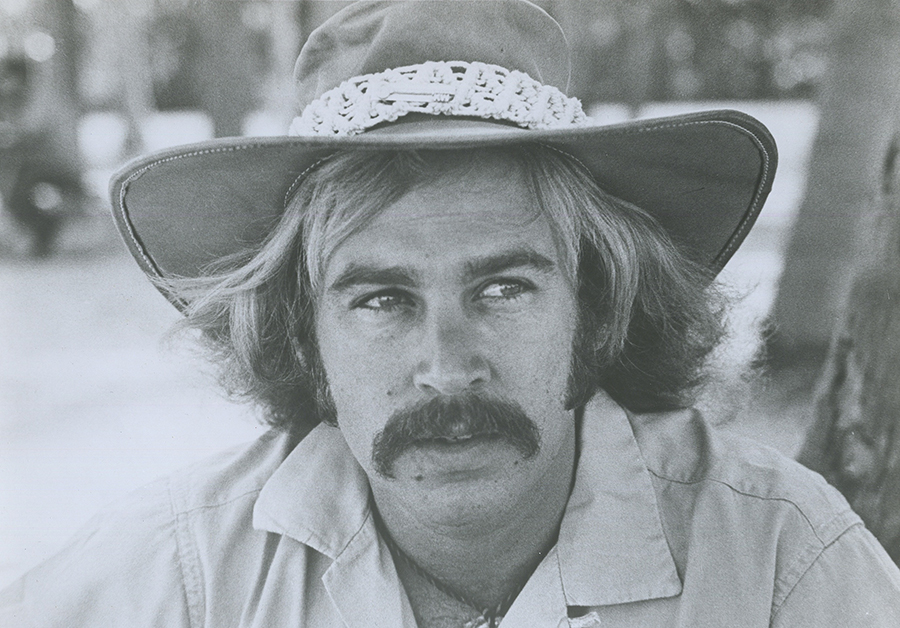