A talented, innovative quartet, Hot Rize not only inspired artists within the progressive bluegrass genre, but also fueled the rise of the jam band scene in Colorado.

“The Denver Folklore Center was the full realization of ’60s ideals in a commercial venture,” Forster explained. “It was wild—seven consecutive storefronts. On one end was a concert hall, then there was the instrument repair shop where I worked, then there was a music store in two storefronts where Charles was the manager. Then there was the bead shop for all your beading needs, then the next store front over was a record shop where you could by all the records you couldn’t find at the chains. And then the next door over was a music school where some of us guys taught. It was an amazing environment—30 people all working for minimum wage, hanging out and playing music all day long.

“There was a band based at the Folklore Center called the Rambling Drifters. Sometimes it was called the Drifting Ramblers, or the Rebuilt Ramblers or the Tumbling Rafters. Every week they had a different name, but it was basically a bluegrass pickup band. Charles and Pete were at the core, and they had a revolving cast of guests. Tim and I were two of those guys. We were about ten years younger than Pete and Charles. They had the wisdom and experience that really helped us. We set attainable goals—whatever we dreamed of, we got to do it very quickly.”

Hot Rize was capable of playing straight bluegrass as well a quirky mix of folk, jazz and rock elements.

“We tried to be traditional bluegrass, did the best we could,” O’Brien said. “We wanted to dress like the old bands and sing around one microphone, but our hair was too big. We were different from other bands. Colorado is friendly to all kinds of music, a great place to learn our craft. We were looking to make records, and it seemed like a good idea to write songs. Lester Flatt’s advice was, ‘If you sing something no one else sings, then they have to hire you to do it.’”

At the beginning of their career, the musicians traveled in a black and silver ’69 Cadillac, their equipment behind them in an old U-Haul trailer that matched. Tapes recorded by Sawtelle for the band’s road trips provided an education in what Forster calls “the soul of music.”

“These mix tapes were enormously diverse—they had traditional bluegrass, then Freddie King and Blind Willie Johnson, then a Jimi Hendrix cut. We listened to a lot of country blues. We agreed on certain qualities that songs either had or didn’t have.”

Hot Rize took those special song traits and infused them into a unique and exciting style, reaching the upper echelons of the bluegrass world.

“I was one of the first troublemakers in the world of bluegrass during the ’70s,” Forster said. “We’d play the long-established festivals, and I’d walk out on stage with my electric bass and get boos and catcalls from the audience.

“But we weren’t Mister Bluegrass kind of guys. I went to Swiss boarding school. Pete has a doctorate in sociology from Columbia. Tim had gone to military academy and private college up in Maine. That’s not exactly the same background that Earl Scruggs had.”

The band recorded numerous albums for Flying Fish Records, the independent Sugar Hill label and Rounder, including the Grammy-nominated Take It Home in 1990. The group performed at the top festivals, touring Europe, Japan, Australia and the U.S., and also appeared on Austin City Limits, The Nashville Network and at the Grand Ole Opry.

As part of their act in concert, the four members of Hot Rize left the stage and were gradually replaced by the four members of Red Knuckles & the Trail Blazers who, wearing the tackiest Western wear imaginable, parodied hardcore 1950s country music.

“We had this schizophrenic show,” Forster explained. “The part where we were playing bluegrass in suits and ties was serious. But through our evolution as musicians, we also knew that there were other interesting things to explore, like playing plugged-in electric music. So the Trailblazers gave us an outlet for staying true to a different traditional form, but also having a wacky time with it.”

“We liked to disparage each other when we were onstage,” O’Brien added. “Hot Rize would complain about how Red Knuckles was unwashed and not very sophisticated. And then the Trailblazers would come on and talk about the terrible sounding banjo and this twangy, whiny music. The Trailblazers were never at the concession stand—they were always working on the bus when the money got shown. So Hot Rize would be at the merchandise table, and people would come up and say, ‘You shouldn’t treat those guys so poorly. They really are pretty good.’ And we’d say, ‘Oh, I wouldn’t know. I hate that kind of stuff.’ It was fun. Halloween every night. We didn’t take ourselves seriously, but we played the music well.”

Hot Rize parted ways amiably in 1990 to pursue other musical ventures. The group’s members performed together occasionally until Sawtelle died of leukemia in 1999. Forster remained a Boulder mainstay who, together with his wife Helen, hosted the national weekly radio program etown. Wernick still performed, and O’Brien, based in Nashville, was a Grammy Award-winning singer, songwriter and multi-instrumentalist.

Hot Rize regrouped for a few gigs in 2002, adding Bryan Sutton on guitar. The band released a new studio album (When I’m Free hit No. 1 on Billboard’s Bluegrass Chart in its debut week) and embarked on a full tour in 2014. 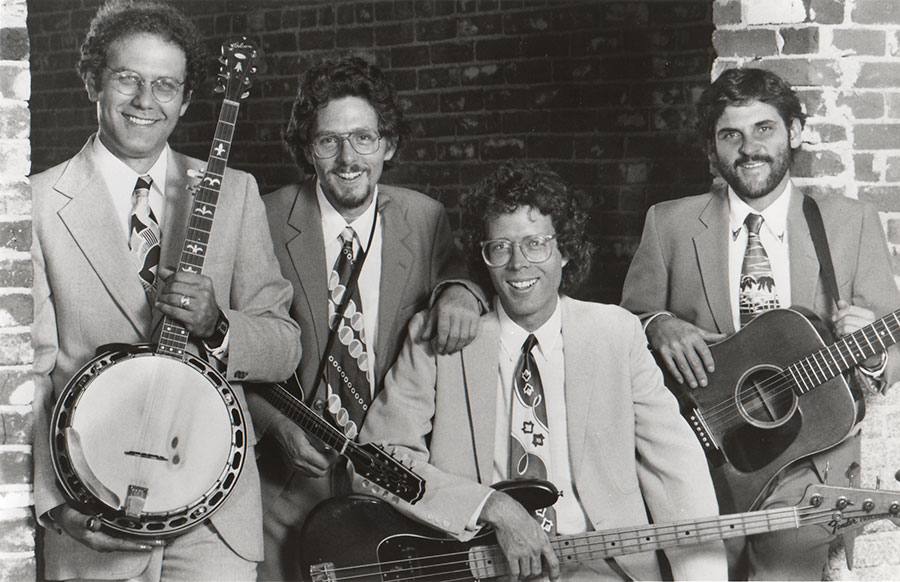