Acclaimed as one of country music’s top songwriters, Gretchen Peters has written hits for Faith Hill, Martina McBride, George Strait and many others. She spent her formative years in Boulder, honing her singer-songwriter chops before heading to Nashville in 1988 and growing into one of the most successful creative minds in that competitive town.

Peters was eight when her parents divorced. Her mother eventually moved to Colorado.

“Boulder was a hippie town, a whole other universe,” Peters said. “But it reinforced the notion that you could escape the stifling suburbs of John Updike novels—you didn’t have to have a house in the suburbs, a husband and the four kids.”

Peters developed an appreciation for the music of Jackson Browne, James Taylor, John David Souther and Gram Parsons. “I was born in the era when everything was either a novelty song or a love song,” she said. “Then these writers came around. It opened my mind to the possibility that writing a song was as limitless as writing a novel or poem or anything else.”

Peters played anywhere she could in the town’s thriving live music scene. “The whole nexus of the hippie country-rock breed happened in Boulder. We always thought we were on the cusp of becoming Austin,” she said. “The music that was coming out of the West had a spiritual, hopeful quality that really affected me. At its worst, it could be perceived as sort of California flaky, but the wonderful thing was that it was a very open place, spiritually and physically. I felt lucky to be a part of that.

“I did everything wrong—playing five and six nights a week, living in shacks, playing whatever I liked. It was two electric guitars and a rock ‘n’ roll drummer. We had a ball. We didn’t do ‘Orange Blossom Special.’ Instead, it was Bonnie Raitt songs, Emmylou Harris. By midnight, all the drugstore cowboys and honky-tonkers would be liquored up enough that we could play a Dire Straits song and they’d love it. That’s the thing about music. It all basically comes from the same place, so if you give it a chance, it’ll lift you up.”

Staring down 30 years of age, Peters decided to pull up stakes and move to Nashville.

“My friend Michael Woody had moved from Boulder to Nashville the year before. He had a hit with the Desert Rose Band—he wrote ‘He’s Back and I’m Blue.’ I thought, ‘If he can do it, I can do it.’”

Peters got a publishing deal, and her closely observed story-songs hit a sweet spot with some of mainstream country’s finest voices. “Independence Day” with Martina McBride, an anthem in the fight against spousal abuse, won 1995 honors as the Country Music Association’s Song of the Year. Patty Loveless topped the charts with Peters’ second Grammy nominated song, “You Don’t Even Know Who I Am.”

Non-country artists such as Bonnie Raitt, Bryan Adams and Etta James also recorded Peters’ compositions. In the mid 1990s, she got a record deal and the chance to make her own studio albums every few years. The title track of her debut album, The Secret of Life, was later made into a Top 5 country hit by Faith Hill in 1999.

“It was a bit of a shock when I got to Nashville, where there was the idea that you could break people up into little pieces between writers and artists and be part of a machine,” Peters allowed. “I was used to this very sweet, innocent homegrown approach that my formative years in Boulder had in spades. People wrote and sang and recorded—they did it all. Music was just music—I saw the same band doing a bluegrass song and then an R&B song. That state of mind I grew up with stuck with me. I still carry it around like a badge.” 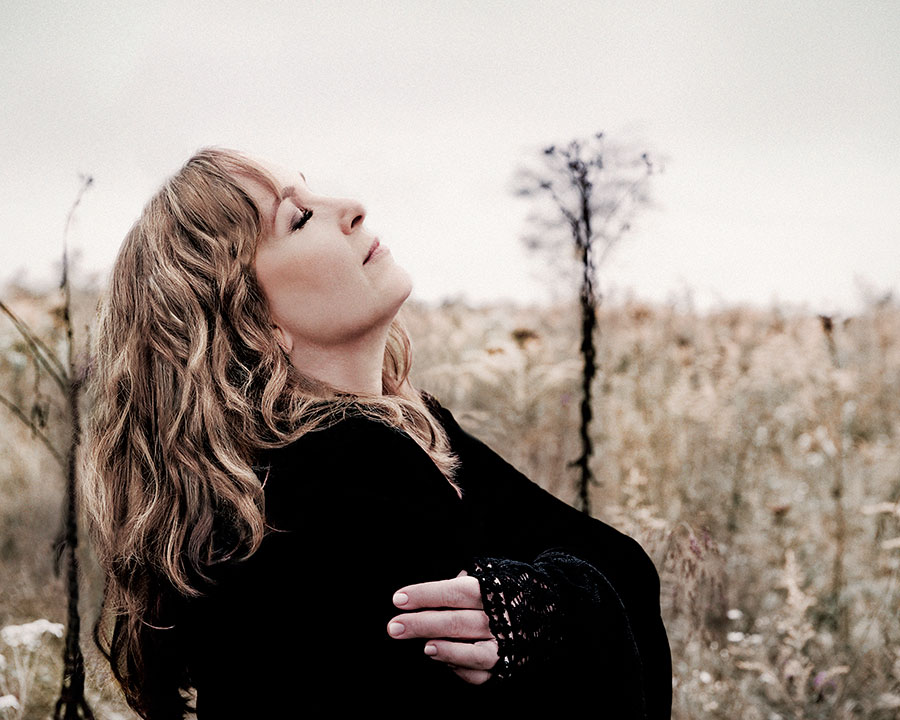