Described as “transcendental folk,” Elephant Revival’s rustic style centers around bluegrass instrumentation while dabbling in elements of reggae, Celtic fiddle tunes, jazz standards, even an occasional hip-hop beat. The tangled tale of how the five multi-instrumentalists came together and ultimately settled in Colorado is as eclectic as their unique repertoire.

The first linkage came in 2003, when bassist Dango Rose encountered Bridget Law, who had set out fiddling at the Waldorf School in her native Denver.

“I was performing at a bluegrass festival in Keystone, Colorado, and she was doing a fiddle contest,” Rose recalled. “We literally met dancing in one of those Colorado summer rainstorms.”

After that came various friendships and musical connections forged in Connecticut, Kentucky and Colorado; a significant gathering point was the Walnut Valley Festival in Winfield, Kansas. For the next few years, the affiliation of musicians—Rose, Law, Bonnie Paine on washboard, stompbox and other percussion; Daniel Rodriguez on guitar and banjo; and Sage Cook on the electric banjo, guitar and mandolin—would play with one another whenever and wherever they could.

“We kept crossing paths for the next few years, different festivals all around the country,” Rose said. “We knew we had a very strong connection musically; we heard something in each other.

“In 2005, we started communing in Tahlequah, Oklahoma, which is where Bonnie’s from. It’s at the end of the Trail of Tears, where the removed Cherokee Nation settled. We spent the summer camped out on Spring Creek, and that’s when the songs came together.”

The players then relocated back to the thriving music scene of Nederland, Colorado in the fall of 2006.

“When I was young, I had lived in Nederland for about three years, playing with an old-time string band called High on the Hog,” Rose explained. “We were part of the ‘picks’ that would go on at the Pioneer Inn and the Acoustic Coffeehouse, and I got to know the guys in Yonder Mountain String Band and Vince Herman of Leftover Salmon pretty well.

“Those picks and the support network in Colorado for new innovative acoustic music absolutely played a part in the decision to move back to Nederland to start a band. Vince had gotten to know Bonnie and Daniel pretty well through festivals in the Midwest, so he invited them up to live next to him. I started booking shows and invited a whole bunch of people that we had been crossing paths with across the country.”

When the run ended, the five musicians left standing played their first official gig together at the Gold Hill Inn, performing as Elephant Revival Concept. After solidifying the group, the Colorado ensemble dropped “Concept” from the moniker. They started playing gigs around Colorado, released a few records and made strides in the national acoustic music circuit.

Weaving a cohesive tapestry from disparate influences, Elephant Revival’s music mesmerizes with the evocation of a traditional folk group and the communal vim of a jam band. Every member contributes original songs, with many reflecting a proud social consciousness and deep commitment to certain ideals, such as responsible stewardship of the planet and its inhabitants.

Elephant Revival’s third album, 2013’s These Changing Skies, peaked at #8 on Billboard’s Top Heatseekers chart. In 2015, the band released a live album and DVD recorded during a two-night run at the Boulder Theater.

“The more that we see that our music is resonating with folks, the more that there’s a call to action,” Rose said. “There are times to give back, to do good things. Part of being kind is trying to inspire people to be the best expression of themselves. It’s humbling that we have a voice in our culture. It feels like we’re of service, that’s the bottom line.” 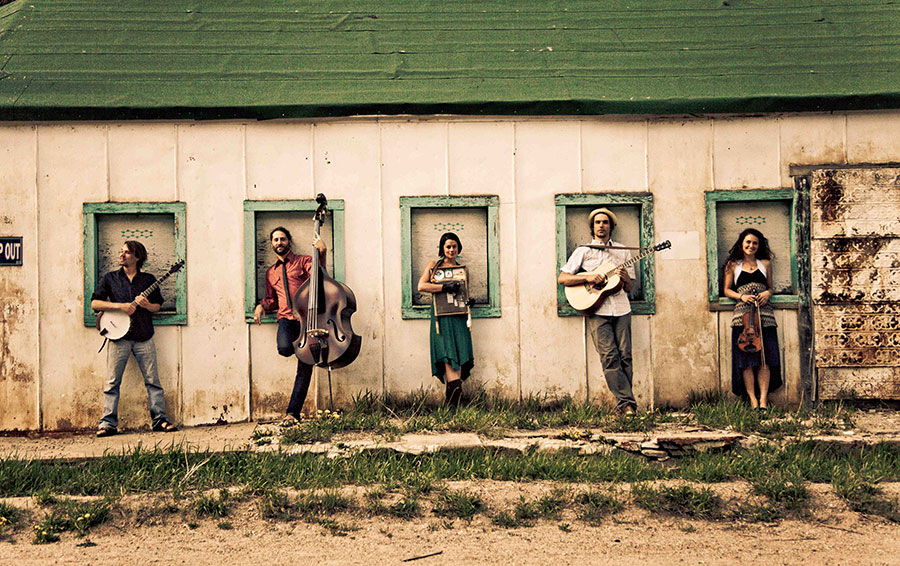