In the annals of pop R&B, Earth, Wind & Fire’s place was assured as a multi-platinum, multi-Grammy-winning supergroup. The band’s hits ranked as some of the most joyous moments of the 1970s.

Earth, Wind & Fire featured the vocal acrobatics of Philip Bailey, who was born and raised in Denver and had graduated from East High School. With schoolmates Larry Dunn (on keyboard) and Andrew Woolfolk (on sax), he played with a local group, Friends & Love.

Bailey had heard Earth, Wind & Fire’s first album. “Friends & Love opened the show when the group came to town in ’71 to play a promotional gig at the Hilton. Then I hooked up with them in Los Angeles and joined. I brought a certain pop sensibility to the band.”

Earth, Wind & Fire had originally recorded as a brassy, jazz-like assemblage. But founder Maurice White reworked the concept, and Bailey recommended Dunn and then Woolfolk, who had been busy in New York studying sax with jazz maestro Joe Henderson and was on the verge of taking up a career in banking when Bailey called. The group began presenting exuberant dance music that had life-affirming, often metaphysical lyrics wrapped around exciting rhythms.

Bailey’s distinctive falsetto, pure and sweet, became as legendary as Barry White’s basso. Earth, Wind & Fire had six Top 10 singles, including the Beatles’ “Got To Get You into My Life” (#9 in September 1978), which the band performed in the ill-fated Sgt. Pepper’s Lonely Hearts Club Band movie.

“We recorded the That’s the Way of the World album and more at Caribou, but ‘Got To Get You into My Life’ was recorded at Northstar Studios, a little studio in Boulder,” Bailey said. “We were on a deadline—we were writing the arrangement while we were on the road, and we rehearsed it in another city on the way to Denver, then had a concert the next night. Then we went to Boulder and did the track. We brought out George Massenberg, who was an innovator of engineering. He brought his outboard gear and hot-rodded the soundboard.

“At the time when we started reworking the original, I was wondering if the whole treatment that we had was going to be too different from what the Beatles song sounded like. But it was the single off the Sgt. Pepper record and it went pop for us. It ended up being a major smash.”

Bailey had his own solo career—in 1982, he hit #2 with “Easy Lover,” a duet with Phil Collins. And he had a dual identity as a singer—he also recorded Christian music.

“The time spent away from one another was necessary for everybody in the band. I came in at age 20, straight from a year of college and getting married. I literally grew up in EWF, so it was more than a band. It was a family, and a lot of multi-faceted relationships were established as a result.”

“Over the years, I’ve been exposed to things I could never dream of as a kid in Denver,” Bailey said. “At the end of the day, I’ve been able to support my family and work for myself. I get paid for being the best me I can possibly be. How many of us get the chance to say that?” 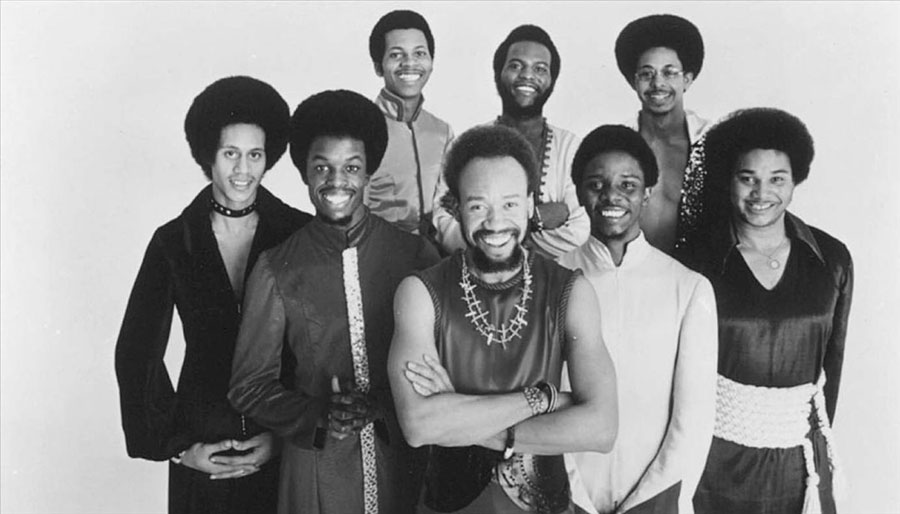