The roots of Dotsero’s part in the smooth jazz genre’s uptick can be traced back to a garage band in Denver. Performing together was nothing more than a whim to Stephen Watts (tenor and soprano saxophones, wind synthesizers) and his brother David (guitar) while they were students at the University of Colorado. They moved to gigs in local clubs, taking the name Dotsero from the Ute Indians. It means “something unique,” but it’s also, as explained by the Watts brothers, the site of one of their favorite fishing spots—Dotsero, a little Western Slope burg on the banks of the Colorado River.

“The town of Dotsero is named for all the ‘out of the ordinary’ geothermal activity up there,” Stephen Watts noted. “But anybody there will tell you that it was ‘dot zero’ on the first topographical mining map in Denver. And about eight miles up a narrow gauge railway that’s not running anymore is a town called Orestod, which is Dotsero spelled backwards!

“I wanted desperately to be part of the music business. You can play gigs and express yourself and get instant gratification from your audience if you’re good. But I grew up watching the Grammy Awards, and I wanted to be part of the recording industry.”

Dotsero broke onto the national music scene with its 1990 release, Off the Beaten Path, a blend of jazz, pop, R&B and rock. The Denver-based band followed up with Jubilee in 1991 and became one of contemporary jazz’s hottest ensembles. That album spent five weeks at No. 1 on the Radio & Records charts, hit No. 1 on the Gavin Report’s Adult Alternative chart, and spent 10 weeks on the Billboard Contemporary Jazz chart. In 1994, Dotsero released Out of Hand, which cracked the charts again.

“It was a time when the radio stations all picked their own music,” David Watts said. “You could hear anything from Pat Metheny to Kenny G to David Sanborn to Yellowjackets any given day, depending on which disc jockey was playing which music.

“Five tunes from Jubilee charted—stations from ‘The Wave’ in Los Angeles, WNUA in Chicago, KKSF in San Francisco, ‘The Oasis’ in Dallas, all had their own favorite. If they liked you and your tunes, they were very accessible. You could call them up and say, ‘Thanks for playing our record,’ and they’d record an interview and say, ‘How can we get you out here?’ We found ourselves on five different charts—adult alternative, adult contemporary, contemporary jazz, new adult contemporary and new age. We didn’t know how to classify ourselves. We just went with it.

“Today, it’s a whole different bag. Stations hire an outside company that does a demographic study as to what will sell the most advertising for them. They’re the ones that say what records get on the air, and it’s all based on a format. Your songs have to be no longer than four minutes so that they can get 11 songs in an hour and then slip in enough advertising. The jocks don’t pick any of the music, and there’s hardly any artist interviews.

“It’s money. The stations have to keep their ratings up—but there’s nowhere near the creativity that there used to be.”

“I understand purists who want to keep their straight-ahead jazz—that’s our American art form,” Stephen Watts said. “But that art form is like a tree trunk that grows branches. Our influences weren’t limited to John Coltrane and Charlie Parker. We were also influenced by the Beatles and Steely Dan. It’s healthy and understandable growth to take the jazz we love and meld it into a music that has all those aspects. Also, the recording process evolves as well, with electronic instruments and keyboards that are unbelievable.”

“We consider ourselves more contemporary jazz, which means it’s a little harder,” David Watts added. “A lot of pure jazz players think they’re above the audience—‘Most people just can’t begin to comprehend how great we are.’ We wanted to do the opposite. We decided we were going to be the Van Halen of jazz. We’ve always tried to be engaging visually as well as with our sound.”

Dotsero played big festivals and small clubs. In 1998, the act designed the Denver venue Jazz@Jack’s to be a home base. The club, operated and co-owned by the Watts brothers and located in the heart of downtown Denver, proved to be a mainstay in the city’s nightlife.

“When we grew up in Denver, you could put a golf ball down on Arapahoe or Larimer or Lawrence streets on certain nights of the week and hit the heck out of it, and nobody would know,” Stephen Watts said. “We’re working toward Denver being known as an entertainment town. We’ve always had world-class musicians here.”

In 2001 the University of Colorado named David and Stephen Watts, along with jazz greats Glenn Miller and Dave Grusin, among its top five Arts graduates of the last 125 years. 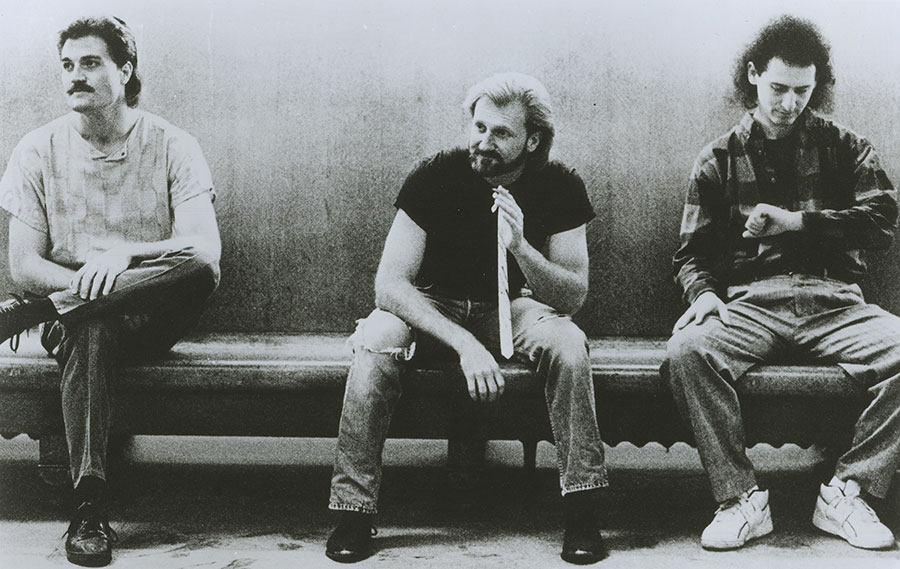