Founded by frontman Tim Bruns and mandolinist/guitarist Mike Morter in 2008, Churchill expanded to a five-piece band and gained a loyal audience in its hometown of Denver. With a reputation for energetic, charming performances, the members graduated from the club scene to shows at Red Rocks Amphitheatre and 1stBank Center.

“The Denver scene is great at bands trying to help each other,” Morter said. “It’s that feeling like X-Games skateboarders get cheering each other on during the halfpipe.”

The members of Churchill recorded and released the Change EP themselves, and the irrepressible title track, sung by Bethany Kelly, started taking off.

“It’s the idea that everyone feels that pressure to change at some point, but if you really believe in something, stick to your guns,” Bruns said.

“I played the mandolin on that song, and it was the first time ever that I knew what I was going to play before I played it,” Morter marveled. “We didn’t have to work on it. It was let out.”

Churchill signed with a major label, A&M Octone, and “Change” made its way to #17 on Billboard’s Hot Modern Rock Tracks chart. The band planned to release a full-length album in 2013 with premier rock producer Brendan O’Brien, and appeared set to be the next prominent act out of Denver.

Reinforced by the male/female vocal interaction of Bruns and Kelly, Churchill evoked Fleetwood Mac, often drawing tumultuous applause with its mandolin-driven version of the Mac’s hit “Go Your Own Way.”

“Fleetwood Mac is probably our biggest influence, and Rumours is our all-time favorite record,” Bruns admitted.

But whereas Fleetwood Mac’s outlasted the intense inner turmoil brought on by its success, Churchill didn’t. In July 2013, the group returned from a European arena tour with Pink and abruptly called it quits, canceling all upcoming shows and scheduled television appearances.

“To protect all of us, we just say that we decided to go different ways,” Morter said. “It ended after a great high.” 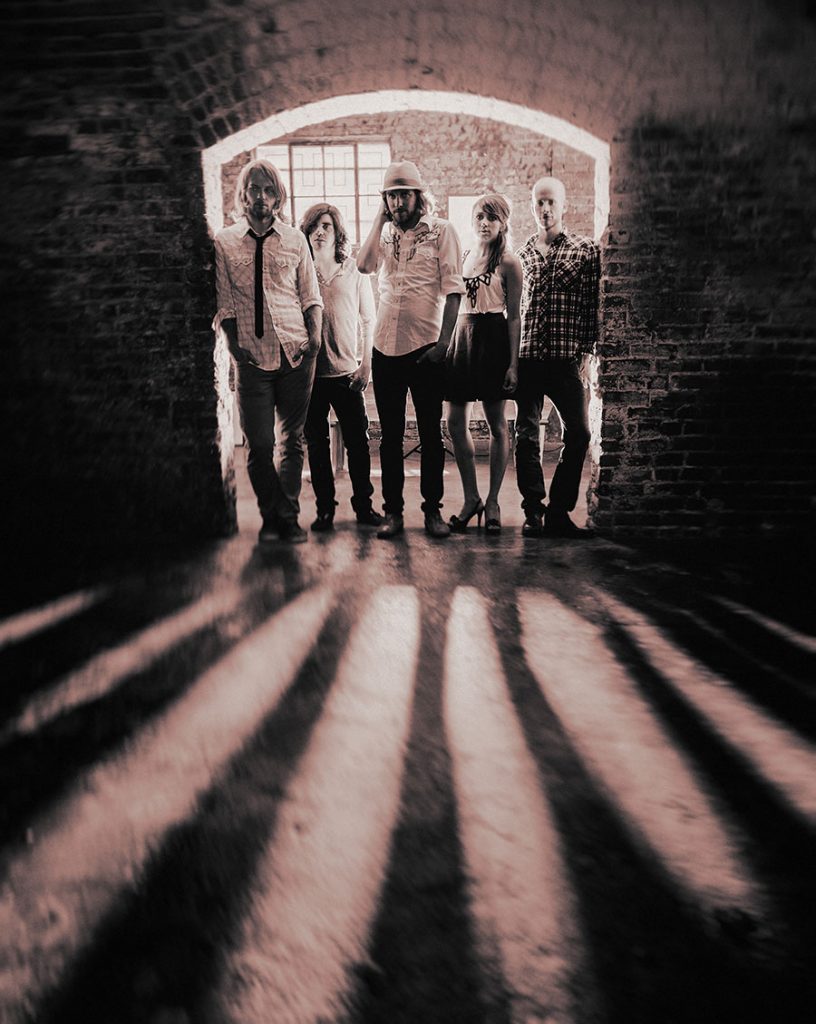