With its self-styled “Rocky Mountain hydro-grind,” Cephalic Carnage managed to pierce the intense global grindcore scene while ensconced in Colorado.

“I was born and raised in Pueblo and moved to Denver when I was 15, and I have no desire to live anywhere else,” vocalist Lorenzo Leal said. “The musical spark was seeing Scorpions on the Blackout tour—they played with Quiet Riot at the Colorado State Fair in Pueblo. I said that has to be the most amazing job in the world. I tried to find the heavier stuff from there on out.”

Cephalic Carnage came together in 1992, founded by Leal and guitarist Zac Joe.

“Around Denver, there were a lot of glam-type bands, so we wanted to be associated with an extreme style,” Leal explained. “The goal was to keep up with what was going on in places like California, the East Coast, Canada, Houston. Being from Denver, you have to do the same things as everybody else but a little bit harder to get noticed and stick in people’s heads. Our motivation was if we could write songs that would get us into High Times, we’ve made it. We realized we had to tour—‘If we make it somewhere else, they’ll appreciate us more here.’”

“I’d rather label our music myself than have somebody label it for me,” Leal said. “We’re stoners, but we like to play fast, crazy music, so it wouldn’t work to be a stoner-rock band. We don’t want to be lumped in with the hundreds of brutal death-metal bands doing the exact same thing—we’re inspired by a lot of different genres, but if you have a little jazz part, that’s where you lose those fans. We had to have a different identity—do it our own way, take it a step further.

We came up with ‘Rocky Mountain hydro-grind.’”

The band’s technical proficiency at playing the punishing music was combined with a playful irreverence, evidenced in comedic song titles such as “Dying Will Be the Death of Me.”

“Some metalheads have no sense of humor; everything has to be literal,” Leal mused. “We’re from Colorado—the weather’s eclectic, everything’s a little quirky, so we try to put that in our music. If we can add a little humor to the darkness, we do.”

Cephalic Carnage’s endeavors eventually started to yield results. Released in 2007, the band’s fifth album, Xenosapien, peaked at #13 on the Billboard Heatseekers chart. The band’s 2010 release, Misled by Certainty, was the first album with Brian Hopp as a guitarist, replacing Joe; it debuted in the #24 position on Billboard’s Heatseekers chart.

Touring has taken Cephalic Carnage around the world, playing in North America, Europe and Japan and South America.

“But we stay true to our roots,” Leal stressed. “Get out there, away from the pack, and stay on the trail. It’s a lot of sacrifice if you have a family, but you make it work. Because once you step off the road, things slow up.” 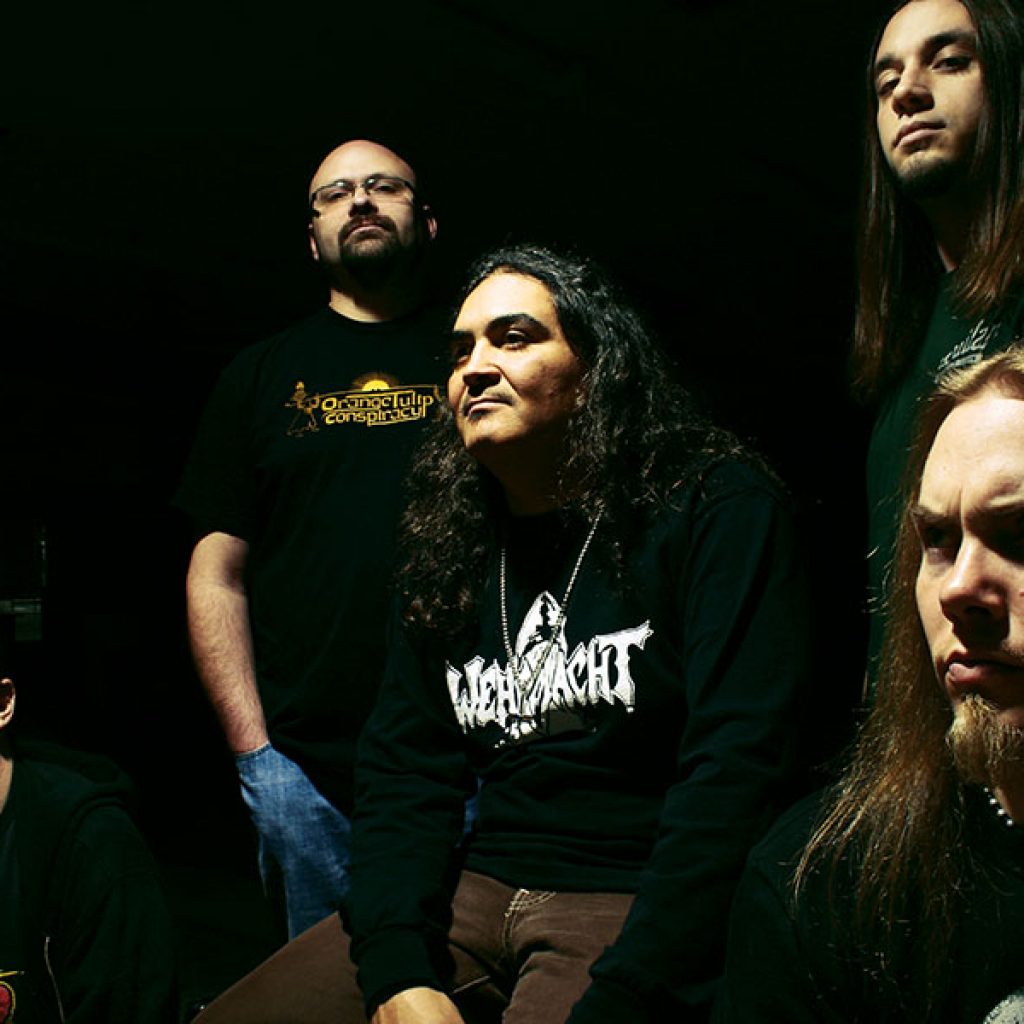