Sean Foreman and Nathaniel Motte both grew up in Boulder (with the area code 303) and met in a physics class while attending the University of Colorado. Both were heavily into the underground hip-hop scene.

“Bands just loved touring through Colorado because of the scene—people are supportive, they come out to shows and make them fun,” Motte said. “I interned for Radio 1190, the local college radio station, and the ‘Basementalism’ specialty program featured underground hip-hop, so I got to see a lot of cool shows. I saw Sean at a lot them.”

“I was doing MC stuff and writing and doing freestyle,” Foreman added. “There was no intention of playing shows. We were both concentrating on school, and music was a fun little hobby—we would hang out and have some beers and put stuff on the computer. After a while we started writing more electronic sounding music, and it just evolved from there.”

“We abandoned those hipster notions about music,” Motte said. “The most important thing for us was playing live shows and seeing things grow. A lot of it was instinctual and stupid coincidence. I’ve been to a lot of bland hip-hop shows where you stare at your feet and wait for someone to verbally ejaculate all over everyone with their clever rhymes. Our intention was to have fun.”

3OH!3 made its recording debut in 2007 with a self-titled, independently released album. It got the attention of Photo Finish Records, and the label released the band’s second album, Want (2008). “Don’t Trust Me” became 3OH!3’s breakout hit—the electro-rap single sold over three million digital copies in the U.S. and reached #7 on the Billboard Hot 100.

“Don’t Trust Me” was controversial, as some argued that the lyrics—“Shush girl, shut your lips/Do the Helen Keller and talk with your hips”—were misogynistic.

“Of course, I knew that it was offensive when I was writing it,” Foreman said. “But at the same time, the underlying meaning is ‘Just dance.’ I understand that it’s trading on the fact that Helen Keller was deaf and blind, but I’m not undermining what she accomplished. I grew up with punch lines in hip-hop that were way worse than that. You just write rhymes that bring it on point, poking fun at relationships.”

Both Motte and Foreman had graduated with honors from the University of Colorado. After playing in Denver during the 2008 Warped Tour and whipping the crowd into a frenzy, the wacky Colorado rap duo was signed on for the tour’s remaining stops. Their outrageous live performances propelled the joke-hop jesters to national fame.

“Sean majored in math and English, and I was a pre-med student,” Motte said. “Once you get accepted to medical school, you have a secure future. You’re going to be helping people and make a fair amount of money and have guaranteed work.  But we started to do well when we went on our first Warped tour. I was supposed to go to school in August. It was a tough decision, but I’m glad I deferred. The Warped tour was the best thing we could have done. It was crazy to see crowds getting bigger and bigger every day. We’d never been anywhere near other major markets with 3OH!3, and it was amazing and flattering to see a few thousand people going nuts and having a good time.”

3OH!3’s second single, a remix of “Starstrukk” featuring future pop star Katy Perry, was a Top 10 hit in the United Kingdom, Ireland, Finland and Australia. Want reached #44 on the Billboard 200, but critics received its sophomoric humor either in terms of “It’s laugh-out loud awesome” or “Obscene, obnoxious drug/sex/bro references suck.”

“It’s tough when people slam you—social media provides anonymous forums for bigotry and hate where people work the kinks out of their lives,” Motte said. “Obviously, we want everyone to like our music. As long as the people close to us think what we’re doing is cool, we can take the criticism.”

3OH!3 provided additional vocals on Ke$ha’s raunchy Top 10 hit “Blah Blah Blah.” “Follow Me Down” (with Neon Hitch) was written for the compilation album for the film Alice in Wonderland. 3OH!3’s third studio album, Streets of Gold, was out in 2010; the duo issued a video for the song “House Party,” and Ke$ha was featured on the song “My First Kiss.” The 2013 album Omens reached #81 on the Billboard 200. Foreman and Motte laid low after its release.

“We’re active students of songwriting and production,” Motte said. “We’ve learned a lot over the last few years. There’s usually a reason a lot of people like pop music—it’s well-crafted or interesting in a way. That’s intriguing to us.” 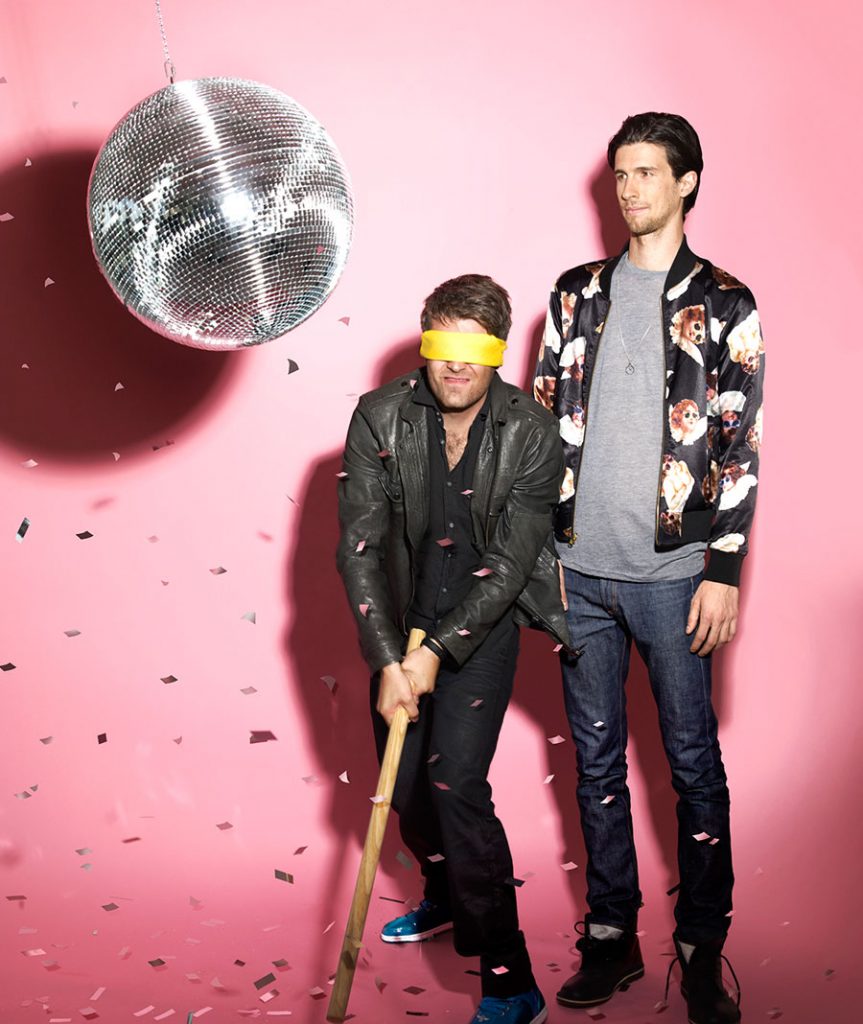