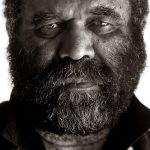 Born in Chicago in 1948, an adolescent Otis Taylor moved to Denver with his parents after his uncle was shot to death. He cultivated his interest in blues and folk at the Denver Folklore Center, where he learned to play banjo, guitar and harmonica before forming his first groups. He ventured to London for a brief time until returning to the US in the late ’60s, and stints with the 4-Nikators and Zephyr followed. Taylor left the music business in 1977 to pursue dealing in art and antiques, to coach bicycle racing and to raise a family. During the ’90s, he was drawn back into music, performing and releasing his debut album, Blue-Eyed Monster. Over the course of two decades and 15 albums, Taylor has emerged as a singular voice in the blues scene, garnering international acclaim for his “trance blues” and unflinching honesty in writing about racism, struggle, freedom, heritage and the complications of life. Taylor has earned a long list of awards and nominations. He was recognized in 2000 with a composition fellowship from the Sundance Institute in Park City, Utah, and 2001’s White African captured a W.C. Handy award for Best New Artist Debut. Director Michael Mann picked up his song “Ten Million Slaves” for the movie Public Enemies in 2009. His 2017 album Fantasizing about Being Black chronicled the historical trauma of the African-American experience, from the voyages of slave ships to the Mississippi Delta. 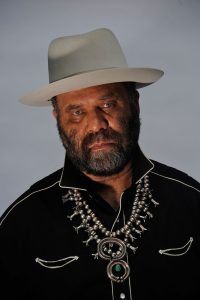 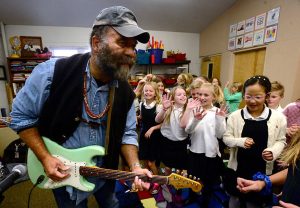 Otis talks with G. Brown being raised about being raised in Denver during the ’60s (3:00), hanging out at Harry Tuft’s Folklore Center (4:06), playing with Tommy Bolin and members of Zephyr in the 4-Nikators (9:44), taking a hiatus from the music business and establishing a career as an antiques dealer and coaching a professional bicycle team (11:09), returning with veteran bassist and producer Kenny Passarelli and ace guitarist Eddie Turner to forge his “trance blues” sound (12:53), collaborating with his daughter Cassie (19:30), touring with Irish guitar legend Gary Moore (20:38), spearheading a Blues in the Schools program with his wife Carol (24:40) and the state of race relations (26:48).