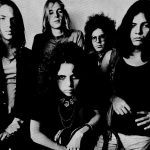 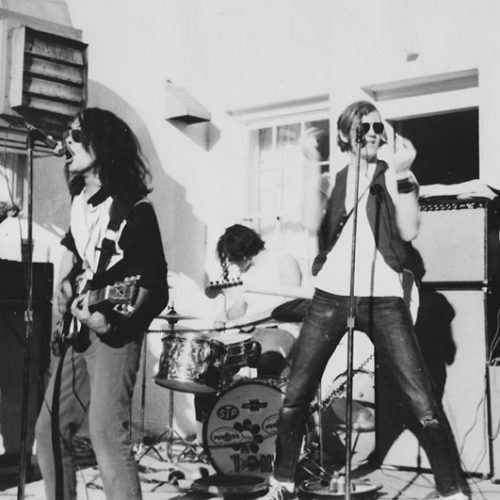 Flash Cadillac & the Continental Kids were formed in 1968 at the University of Colorado as a means to pass the time, a Fifties oldies rock alternative to the then-popular hippie sound. Drummer Harold Fielden was one of the first people recruited, and Mick Manresa eventually signed on as the lead singer. The first paying job came on February 9, 1969, but things got serious quickly. Word spread about the neo-greasers’ rabid live performances, and the lewd and rude Flash Cadillac shows at Tulagi became the biggest events in Boulder. The “skin to win” rules for the twist contest, the “wild elephant” for guys (unzipping pants and pulling the front pockets inside-out) and other group participation bits were hatched by Fielden. Exactly one year after their formation, the members of Flash Cadillac drove to L.A. to play a “hoot-night” at the legendary Troubadour. That day they called agents from a pay phone across the street. That night they came on last to a half-empty club and soon had the place packed with patrons dancing on the tables. By 1971, Flash Cadillac made the big decision to make a go of it as a real working band and gained instant popularity within the music industry, but Fielden and Manresa decided it wasn’t fun anymore and returned to Boulder. Fielden became an attorney in the area, and he and Manresa remained in pursuit of the ultimate gross-out, performing oldies sets with the Legendary 4-Nikators and backing up oldies acts like Bo Diddley and the Crystals when they came to town.