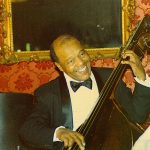 Charlie talks with G. Brown about his introduction to the double bass (1:24), the life-changing moment when he heard the San Francisco Symphony on the radio (2:56), discovering jazz and attending an elite music school (9:31), joining the Navy (12:09), dealing with racial road blocks and taking the Greyhound bus to Denver (14:42), getting an audition with the Denver Symphony Orchestra (17:34), playing at Red Rocks Amphitheatre with the DSO (21:09), playing jazz in Five Points (25:37), experiences with Billie Holiday, Duke Ellington and Charlie Parker (26:48), breaking the color barrier at the San Francisco Symphony and tutoring George Duke (30:32), quitting the Denver Symphony (32:32) and guiding his niece, jazz great Dianne Reeves (33:38). 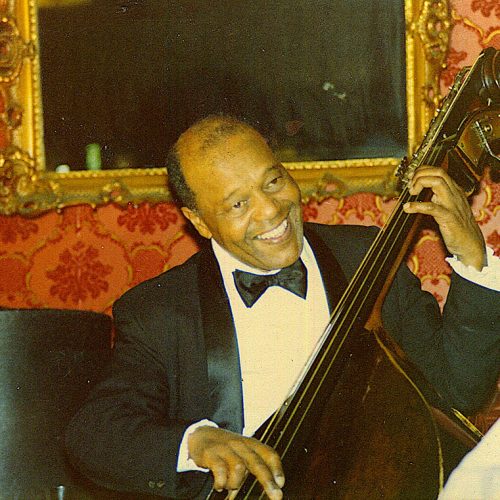 Born in 1920, Charles “Charlie” Burrell grew up in Depression-era Detroit. In the seventh grade, he took up the double bass and later heard the San Francisco Symphony play Tchaikovsky’s 4th Symphony on his family’s crystal set radio, inspiring him to pursue a career in classical music. He enlisted in the Navy at the start of World War II, serving in the all-Black naval unit at Camp Robert Smalls near Chicago and playing in its all-star band with trumpeter Clark Terry. After the war, Burrell attended Wayne State University on the GI Bill but was discouraged from becoming a music teacher because of his race. He moved to Denver and landed an audition with the Denver Symphony Orchestra, and became its first black member. He would then earn the same pioneering distinction with the San Francisco Symphony and was also admitted to the faculty of the San Francisco Conservatory of Music. In 1965, he rejoined the Denver Symphony Orchestra (now the Colorado Symphony) and, retiring after three decades, continued to play in jazz bands and with the Charlie Burrell Trio in clubs around Colorado, having previously performed with legends like Charlie Parker, Billie Holiday, Duke Ellington and Ella Fitzgerald. The young musicians Burrell mentored include keyboardist George Duke and his niece, Grammy-winning vocalist Dianne Reeves. He received the 2015 Martin Luther King Jr. Humanitarian Award.