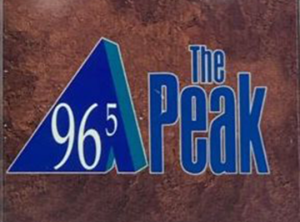 In the ’70s, Boulder-based KBCO created the album-oriented rock format (known as adult album alternative or Triple A), and for years was the only station of its kind in the Denver market and the country, on top of the radio ratings. But after Noble Broadcasting purchased the eclectic station in 1987, ratings eroded, and by the ’90s, the radio landscape was as rocky as the mountains west of the city. As other corporate-backed stations had filled the vacuum, KBPI was transformed and stations branded as KIM 100, Magic FM and Alice 106 tried variations on a rock or pop format. KAZY was gone, and the progressive KTCL, the lone independently owned station, served modern rock to the alternative crowd but was Fort Collins-based.

In 1994, 96.5 KXPK—“The Peak”—cracked the radio dial touting its local ownership and its desire to take on the corporate giants by building a radio station from scratch in the country’s most competitive market. Ray Skibitsky, the station manager, snatched 10 other expatriates from KBCO, including popular disc jockey Doug Clifton, who joined as program director. Located in Lakewood, a state-of-the-art broadcasting studio was built—and the Peak Lounge, a cozy performance space designed for select listeners of the station, with sound by ListenUp.

The Peak Lounge became an integral part of the heritage of live music in Denver. Beginning with Harry Connick Jr., it hosted hundreds of performances by a wide range of artists—from performers about to make it big to local acts to national superstars. Proceeds from CD sales went back to the Denver community through the Peak Foundation, the station’s non-profit arm.

In 2000, 96.5 KXPK was bought by Emmis Communications of Indianapolis. Two ownership changes later, it now broadcasts in Spanish as La Tri Color. 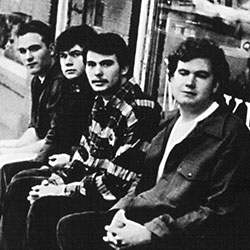 Smiling Up the Frown

Richmond, Virginia’s Agents of Good Roots had piled themselves and their gear in and out of every club from Boulder to Boston, laying the groundwork for the band’s arrival on a major label. The sound of the group’s One by One was shaped by Andrew Winn’s raspy, very eerie vocal style, the result of a skiing accident at fourteen that crushed his larynx. 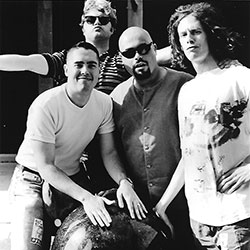 Barenaked Ladies’ emergence onto the scene was marked by seeming endless tours of their native Canada and the US. It didn’t always come across on record, but humor was an important part of live shows. In the Peak Lounge setting, the acclaimed band let the station’s listeners in on the joke, taking on extra improvisations marked by exuberance and energy. 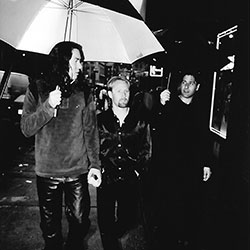 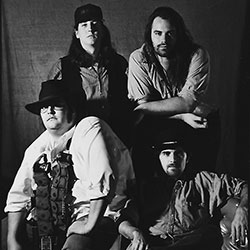 Without much support from the radio community or other conventional record-selling vehicles, Blues Traveler emerged as a word-of-mouth phenomenon before finally being acknowledged commercially. During the closing credits of the 1996 comedy film Kingpin, the band performed the song “But Anyway” while dressed in traditional Amish clothing. 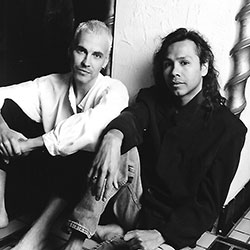 Emerging during the late Eighties and creating a body of work that spanned five diverse, critically praised albums, BoDeans’ Sam Llanas and Kurt Neumann provided one of the great partnerships of—in the shorthand of rock journalism—“roots rock.” At the Peak Lounge, the band recast one of its early numbers, “She’s a Runaway.” 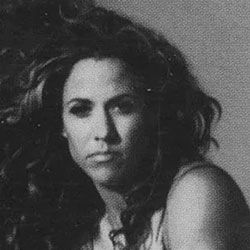 For her self-titled second album, Sheryl Crow wrote the songs, produced the recording sessions, played many of the instruments and sang about what had been passing across her field of vision. The sonic blueprint encompassed the lonesome prairie twang of “Home”—a song inspired by Gram Parsons and what she referred to as “that sort of pot-smoking country music.” 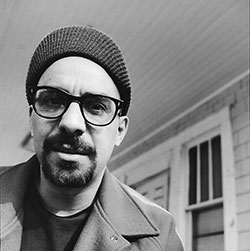 Pat DiNizio created quite a legacy with the Smithereens, purposefully sticking to what he did best—writing finely constructed, sharply observed three-minute pop classics and serving up a string of hits like the moody “Blood and Roses.” Kurt Cobain even mentioned that Nirvana was listening to the Beatles and Smithereens during the making of Nevermind. 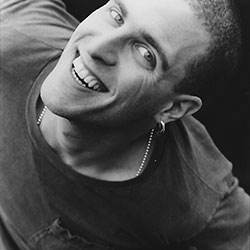 Working all by his lonesome for six years, Peter Stuart captured his solo-inspired ideas in a full band environment on the first Dog’s Eye View album. “Everything Falls Apart” became a radio smash in the summer of 1996, bringing Stuart, his group and his music into the public eye. “Small Wonders” was the surprisingly good follow-up single. 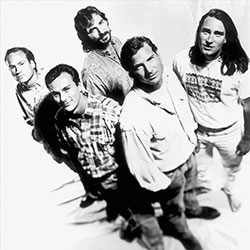 Even though none of them were named Freddy, the five members of the Freddy Jones Band succeeded in, ahem, making a name for themselves, enjoying a loyal fan base. With its rootsy sound and interweaving melodies, “Wonder” exemplified the Chicago quintet’s musicality—the interplay of three guitarists and two bonafide lead vocalists. 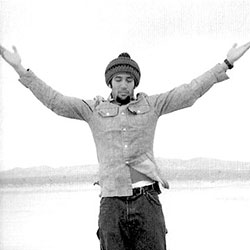 The material appearing on The Will to Live, Ben Harper’s third album, was written during a tour that took him to such faraway places as Turkey and New Zealand. During the sessions, Harper and his band, the Innocent Criminals, played live to get the feel for songs such as “Faded,” then Harper layered his signature acoustic Weissenborn guitar parts on top. 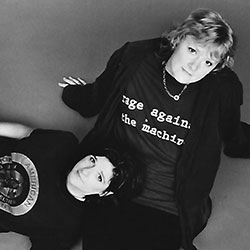 Indigo Girls (Amy Ray and Emily Saliers) made music fueled by and filled with great hope. The duo freighted their outreach with the Honor the Earth Tour, raising funds and awareness in opposition to nuclear waste storage on Native American lands. The assertive “Shame on You” kicked off Shaming of the Sun with what Ray called “a real rock ’n’ roll feel.” 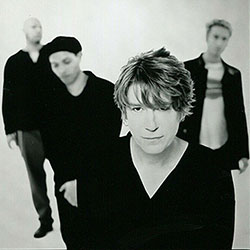 As a founding member of the Psychedelic Furs, Richard Butler cast a long, folkloric shadow over the alternative rock landscape. In the wake of that band’s dissolution, Butler conceived a new platform, Love Spit Love. From the first album, the sharp and moody “Am I Wrong” impressed with his unmistakably powerful, scratchy vocals. 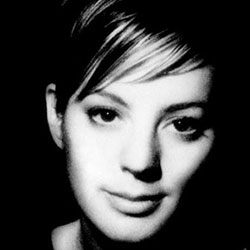 Exploring issues of self-deception and self-actualization from many perspectives, Sarah McLachlan reached a remarkable level of artistic maturity. The Nova Scotia native’s “Hold On,” written in a single day, was inspired by the documentary A Promise Kept, about a woman’s strength and selflessness when her fiancé discovers he has AIDS. 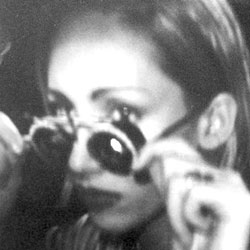 The multitalented Poe—composer, singer, producer, engineer—drew a dedicated fanbase with her 1995 debut album Hello, due in part to the Top 10 success of the alternative hit “Angry Johnny.” One of the first artists to embrace the Internet, that same year she launched her own site with the help of fans known as the Angry Psychos, at poe.org. 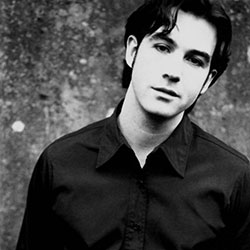 New York-based singer-songwriter Duncan Sheik’s self-titled debut album, a meeting of creative ambition and pop sensibility, was introduced to many fans via the Grammy-nominated “Barely Breathing.” A rare multi-format hit single, the melodic rock song spent a remarkable 55 weeks on the Billboard Hot 100, the third-longest duration in chart history. 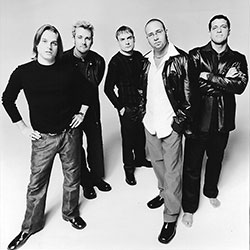 When Sister Hazel self-released …Somewhere More Familiar in 1996, it sold more than 10,000 copies in less than 90 days, with many sales coming from the band’s strong Southeastern fan base. In the winter of 1997, a major label re-released the album, and the catchy lovestruck “All for You” became one of the most played songs on radio that year. 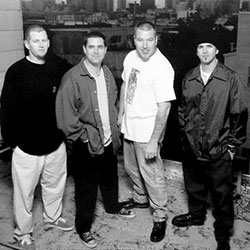 Walkin’ on the Sun

After toiling for a couple of years on the San Jose, California scene, Smash Mouth (named after Mike Ditka’s term “smash mouth football”) released its debut, Fush You Mang. Buoyed by extensive touring and the radio success of the very ’60s “Walkin’ on the Sun” (a No. 1 on adult Top 40 charts), the fast-rising album racked up double-platinum sales. 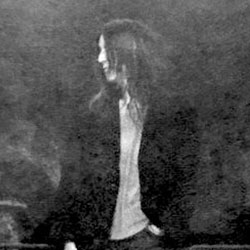 Patti Smith continued to blend the spoken and sung arts in incantatory fashion. “Dancing Barefoot” had been inspired in 1979 by the then-new love in her life, Fred “Sonic” Smith, an ex-MC5 guitarist and leader of Detroit’s Sonic Rendezvous Band; the two were married in 1980. In 1994, having been in poor health for years, “Sonic” succumbed to heart failure. 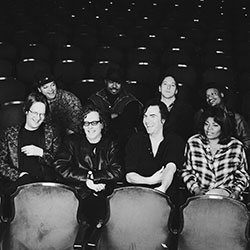 You Don’t Treat Me No Good

Sonia Dada’s unique fare of rock, soul and R&B took shape in 1991, when songwriter and guitarist Dan Pritzker stumbled upon Paris Delane, Sam Hogan and Michael Scott singing a cappella harmonies at a Chicago subway stop. “You Don’t Treat Me No Good” soared to the top of the charts and won an award for most performed song on radio—in Australia. 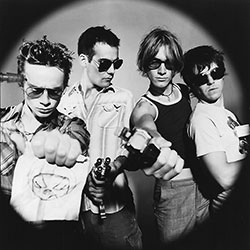 The vivacious members of Spacehog were originally from Leeds, England, but actually got together as a band in New York’s mercurial East Village rock scene. The group became a darling of the press and radio. The debut album Resident Alien featured a smash single, “In the Meantime,” with its Mott the Hoople-ish refrain and soused-up guitar hooks. 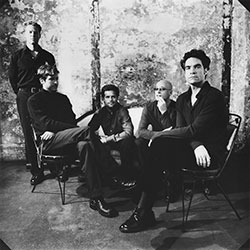 Train had been rocking Northern California when a compilation album from Aware Records, the label that launched bands like Better than Ezra and Matchbox Twenty, strategically increased the band’s national exposure. “Free” was the first single released from Train’s self-titled debut album. The second, “Meet Virginia,” became the group’s first Top 20 hit. 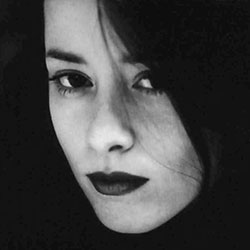 Marlene on the Wall

Exploring the intricacies of heart and spirit had been Suzanne Vega’s life work, a singer and songwriter so universal that fans of folk music heritage and hip-hop assertiveness alike could embrace her. “Marlene on the Wall,” a sharply etched song from her 1985 debut album, featured acoustic guitar in a straightforward arrangement. 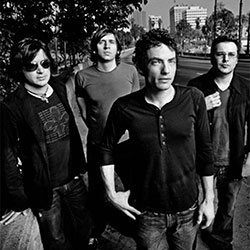 Jakob Dylan, the Wallflowers’ main man and one of rock’s most low-key artists, stepped out of the shadows with 1996’s quadruple platinum, Grammy-winning Bringing Down the Horse. Building off the strength of classic instrumentation, the band introduced the colloquial poetry of “Three Marlenas,” a bittersweet tribute to a desperado seeking release. 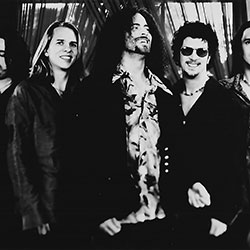 Indiana provided the fertile ground for the Why Store. Over the course of four years, the quintet toured the Midwest endlessly and released two independent albums to considerable success and the attention of a major label. “Lack of Water,” from The Why Store, ultimately gave the band a Top 20 track on rock radio and a No. 1 single at Triple A radio.